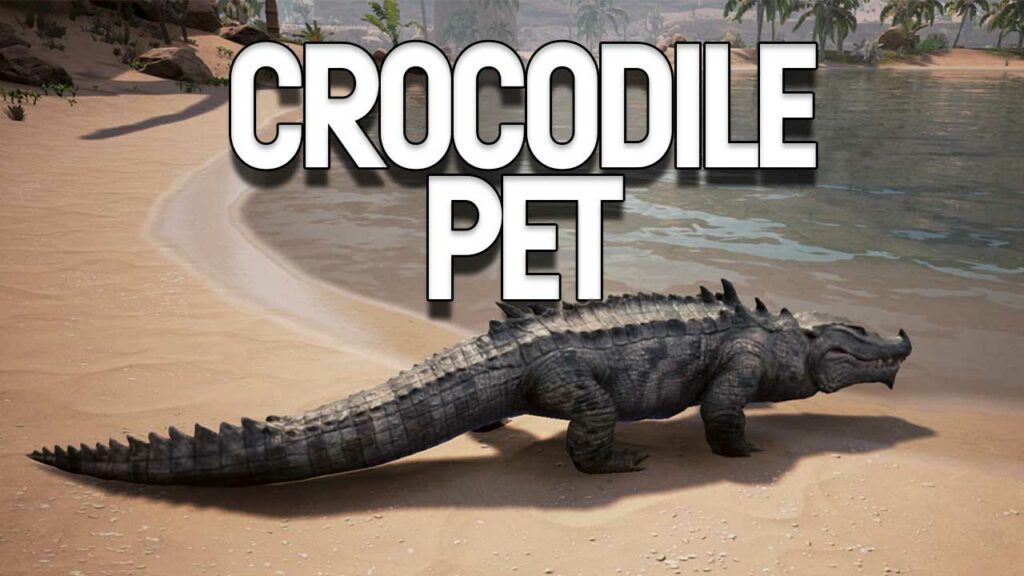 Conan Exiles: How to Keep Crocodiles as Pets

In the barbarian survival MMO Conan Exiles, you are able to own pets and take them along on the hunt, including crocodiles. In our guide, we’ll explain where you can find the crocodile hatchlings and how you breed particularly strong specimens of crocodiles.

Firstly, it’s important to know the two types of crocodiles you can find in Conan Exiles:

In addition, there is a difference between Variant A and Variant B.

Conan Exiles: How To Get Your Crocodile Pet

In order to be able to own a crocodile as a pet, you have to find and collect the crocodile hatchlings, i.e. the crocodile babies. You’ll find these at any river, walking next to their parents, or near their nest. However, you will mostly find them on the shores in F4 or G4. If you kill an adult crocodile, there is a 1 in 5 chance that a hatchling will spawn.

You collect the little hatchlings with the collect button. Grab as many as you want or as many you can carry. Bring the hatchlings to your base and place them in a level 2 animal pen.

How to breed particularly strong crocodiles in Conan Exiles

To raise the crocodile hatchling, you have to feed it with meat, since it is a carnivore. Depending on the type of meat, the probabilities of getting a mighty Crocodile variate. Mighty crocodiles should be your goal while breeding since they are significantly stronger and tougher than normal ones:

Depending on the type of meat, the experience points you receive and the time it takes for the crocodile to grow, variate:

The adult crocodile has to be kept in the level 2 animal pen. Like most other animals, the crocodile produces normal dung.

A normal Crocodile has 2746 hit points, or life points, which it takes into battle. Using its favorite food, which is shown in its inventory, it can get a buff and become stronger for a limited time.

A Mighty Crocodile has 8265 hit points. Its inventory also shows you what type of meat you need to feed to get a temporary buff.

Keep this in mind if you fight with a pet crocodile:

The crocodile is a slow fighter whose only advantage in combat is the bleed damage it can inflict. Otherwise, the crocodile is not really suitable for PVP fights or fights in general.