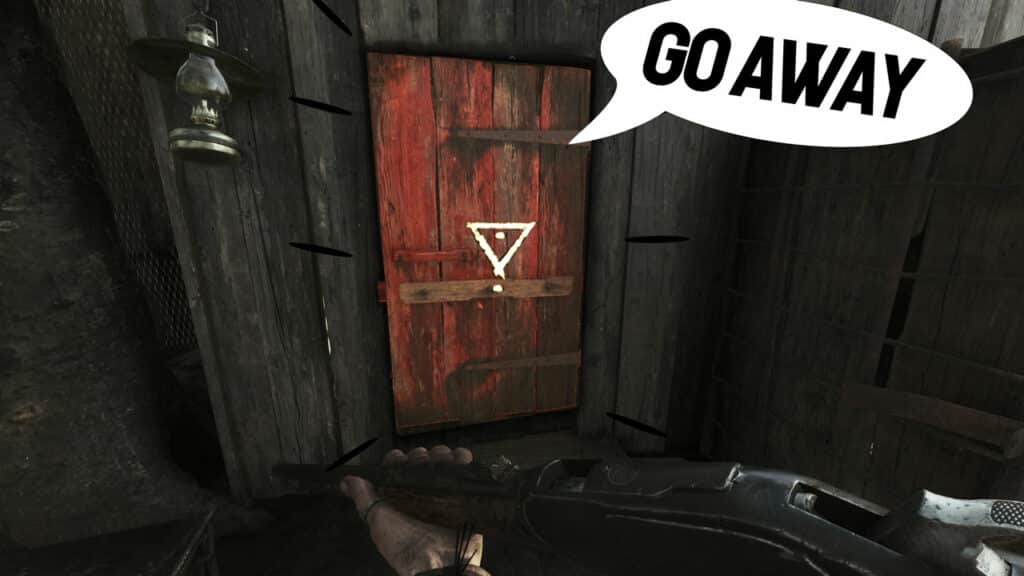 Hunt Showdown: Use This Trick to Break Any Locked Doors

Some doors in Hunt Showdown are locked to make defending a compound easier. But what hardly anyone knows: locked doors can be opened with a single, well-aimed shot, and we at Guided.news will show you how.

Why are doors locked? Hunt Showdown has entrances to the various compounds at every nook and corner. However, some entrances are barricaded with locks or boards and can normally only be broken open with rough and, above all, force.

However, Reddit user oOWillumOo came up with a clever way to open those locked doors with just a single shot.

Hunt Showdown’s Doors Are Not Safe: Here’s How to Break Them

A team has hunted the bounty and is waiting to collect it after it has been banished. In return, the opposing team defends the compound literally to death.

Ideally for the defenders, all entrances that can be locked are locked. So you only have to pay attention to a few other accesses. But it is precisely this false security that you are now making use of!

How to Break Open the Doors: It is really easy to break open a locked door with just a single bullet. It also works with any ammunition, from any weapon.

Depending on the surface, it can be a little difficult to spot the marking through the wall. Red markings are much more visible, but they disappear much earlier.

In the video from Reddit, you can understand the instructions again better. Try the trick, tell us whether there have been problems or what successes you celebrated with it!

We also invite you to join our wonderful Hunt Showdown group. Here we share the most exciting news, guides and other content.