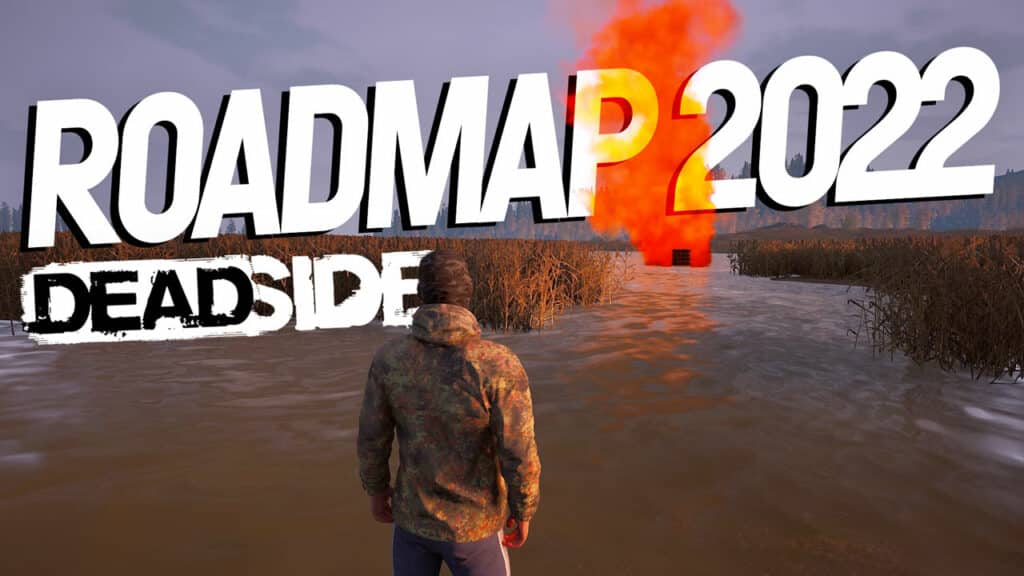 Deadside Roadmap For 2022 Shows: Development is Switching to Supersonic

The developers of the over-ambitious survival game Deadside are not only releasing a new update, but also a roadmap for the coming year 2022. Drastic changes await the studio and the players of Deadside.

What changes behind the scenes? The developer of Deadside belongs to the publisher tinyBuild. This publisher is behind projects like Hello Neighbor or Pathologic. tinyBuild has now presented some measures to accelerate the development of Deadside:

This comes in Deadside in 2022: The official post from developer Bad Pixel says that they will publish six major updates in the coming year (via store.steam.com). In between, however, smaller patches and hotfixes should also appear.

We remember, Deadside has only received 5 updates since it first appeared in 2019. But what do the developers want to improve with the updates?

In the first major update for Deadside in 2022, the enlarged team is concentrating on the technical basics, optimization and preparation for upcoming features. Among other things, the developers Deadside are working on better hit registration, netcode, a new inventory system and loot economics as well as vehicles, base construction and much more.

The developers are working on a better spawn system in this step. As a player, you should have more control over your start in the growing game world. The feature is easy to implement, but difficult to balance. One thing is already clear: many variants have to be tested.

Players should get more options for crafting. Among other things, you can then tinker with your weapons in detail, have more raw materials to collect and process, and overall more crafting recipes.

The world of Deadside is beautiful and huge, but there are only a handful of missions to complete here. In 2022, in addition to other PVE missions, events are to follow that get by without any fights.

There are also plans to make mission rewards for particularly difficult operations unique. It is unclear whether this means special skins on weapons or simply a random drop.

Deadside fans have been complaining about a long time that guns don’t differ enough. An AK is always equally strong, regardless of the distance. A noticeable bulletdrop is also missing, according to fans.

The team wants to introduce a learnable recoil pattern like in Counter Strike. Experience and skill should give players a small advantage. In addition, the devs are revising the sound design of the weapons.

The weapon changes are among the first to be introduced in Deadside, according to the statement. So, players can expect this as early as the beginning of the new year.

6. Base building and raiding

Extended base construction and raiding options have long been features that the community has wanted. Bad Pixel would like to meet these requirements in 2022. The team already has concept ideas:

Vehicles in survival games are the final bosses for any developer. At least that’s what it seems when we look at certain representatives of the genre. Deadside also had its problems with them but announced them a few months ago.

The new managers at Bad Pixel are now saying that the vehicles will definitely arrive in the new year 2022. However, they do not want to commit themselves precisely because the stress that vehicles exert on server performance is immense.

The biggest goal for 2022 is to improve server capacity and performance. Bad Pixel would like to make 100 players per server possible. Currently, the maximum is 50 players at the same time.

Deadside is getting bigger, developers are planning even more

In the official post the developers published on Steam, you learn that much more is planned. Work on Deadside should start as early as January – then, of course, with a faster pacing than before.

For Deadside and its players, this means a lot of fresh content. For everyone who had previously contested whether deadside is worthwhile, this also means a stable future. The base of players could gradually grow.

The only thing missing from publisher tinyBuild’s plan is a good marketing strategy. Very few games sell themselves.

What do you think? Do you think that the big updates in the course of 2022 can save Deadside or has the survival game a la Arma Exile already died for you? Let us know what you think!