Lost Ark: Salt Giant location and how to defeat it

We will tell you Salt Giant’s location, the fourth world boss in the ARPG MMO Lost Ark. You can find him in Saland Hill of Yudia. He is one of the many world bosses scattered around and, we will tell you, how to defeat him.

Salt Giant Location: The Salt Giant is located in Saland Hill of the Yudia area. More specifically, you’ll find him there at the Aregal Salt Plains, east of the Nomad Camp. Who is Salt Giant? In the Past, there was an Elemental born from the sacred energy of the Yudian soil. When Encavia started to collapse, the Elemental sacrificed itself by absorbing the evil energy scattered around the earth. It then buried itself in the ground, embracing the chaos that now filled its existence.

Hundres of years later, when the people of Yudia had all forgotten the Elemental’s name, the Elemental became the Salt Giant, a monster who destroys and absorbs what’s left on the desert. 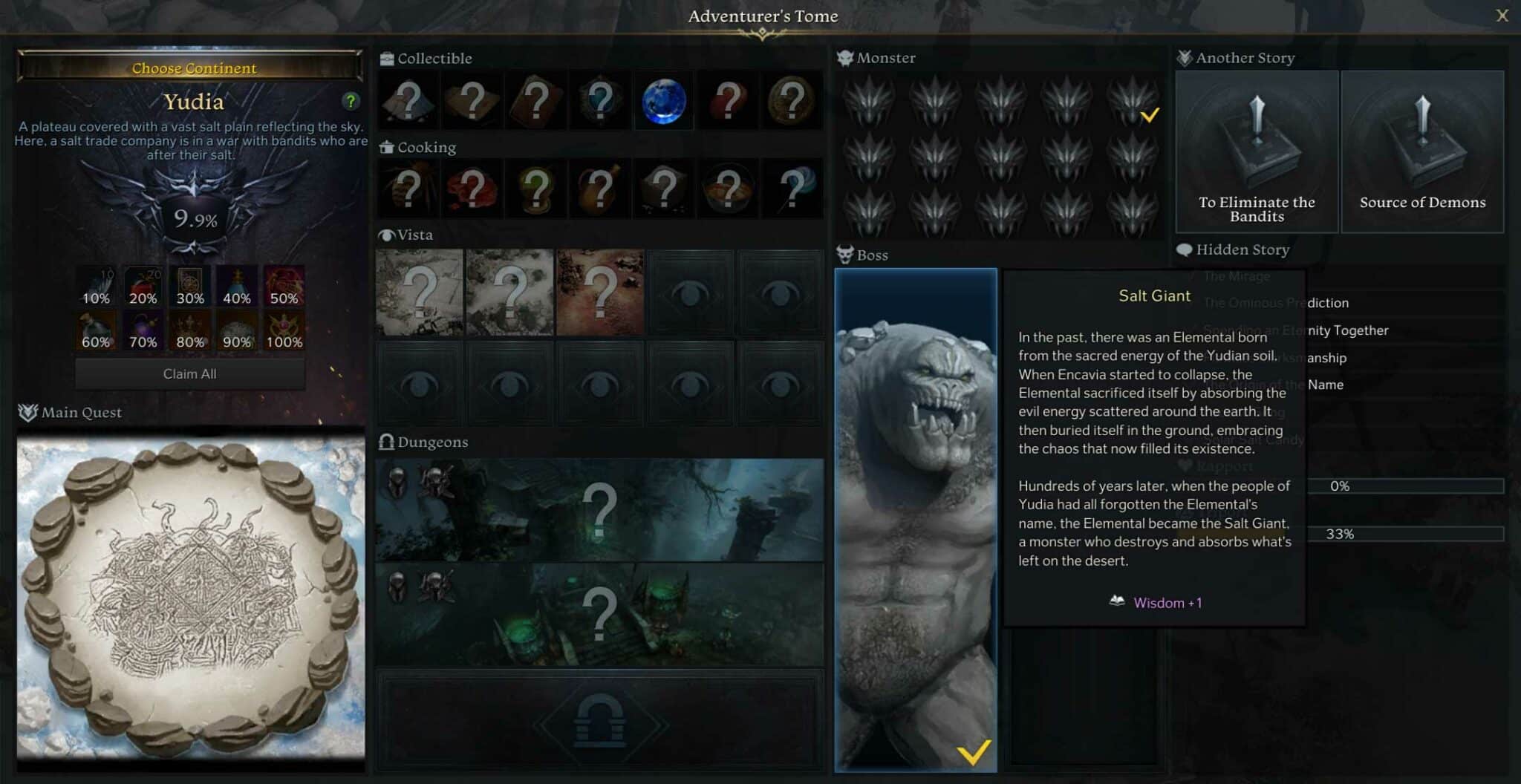 These are Salt Giant’s abilities

In the fight against Salt Giant, he uses different attacks:

If you dodge his abilities skillfully, the Salt Giant doesn’t pose a great danger either. At best, you don’t try the world boss alone, but defeat him with a group.

You get these rewards from Salt Giant

Once you defeat Salt Giant, you’ll receive epic gear that matches your class. Including jewelry, armor or weapons. Various treasure maps can also drop from the world boss.