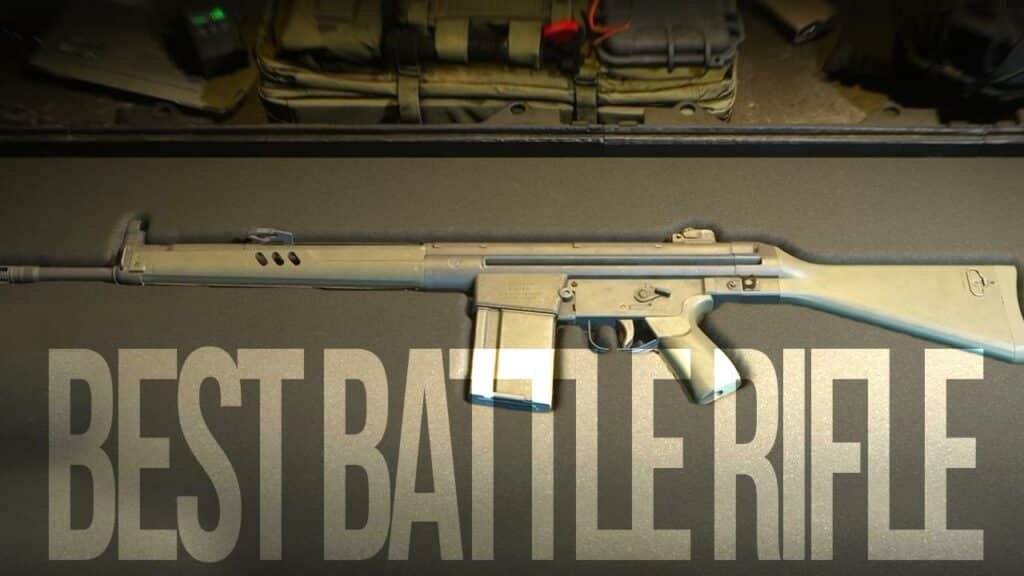 Should you play them & which Battle Rifle is the best in Call of Duty Modern Warfare 2? We get to the bottom of this question and spoil: Battle Rifles are absolutely underrated.

Battle Rifles in Call of Duty Modern Warfare 2 are among the most powerful weapons that no one ever plays. Because we believe that the potential is not recognized, we show you the best Battle Rifles in MW2 including loadout and comparison with their assault rifle siblings: You will be surprised! To make sure you always make the right choice, no matter what category, here’s the ultimate tier list of the best weapons in Modern Warfare 2.

The Best Battle Rifles in MW2 – By TTK & Recoil Control

All Battle Rifles in MW2 (before Season 1): Until a few days ago, the SO-14 was still the best battle rifle in Modern Warfare 2, but now it is far behind in last place. The reason for this is the greatly increased TTK (time to kill), which already starts at a comparatively long 230 Ms at short distances. The maximum TTK of the SO-14 is 326 Ms.

In the game, it also does worse in terms of recoil control compared to the other Battle Rifles. But it should be said that all Battle Rifles in MW2 have a strong recoil. In addition, the SO-14 also has the lowest rate of fire and not a particularly large magazine. All in all, this means fourth place and thus the title of “Worst Battle Rifle in Modern Warfare 2”.

Best Loadout/Attachments for the SO-14. 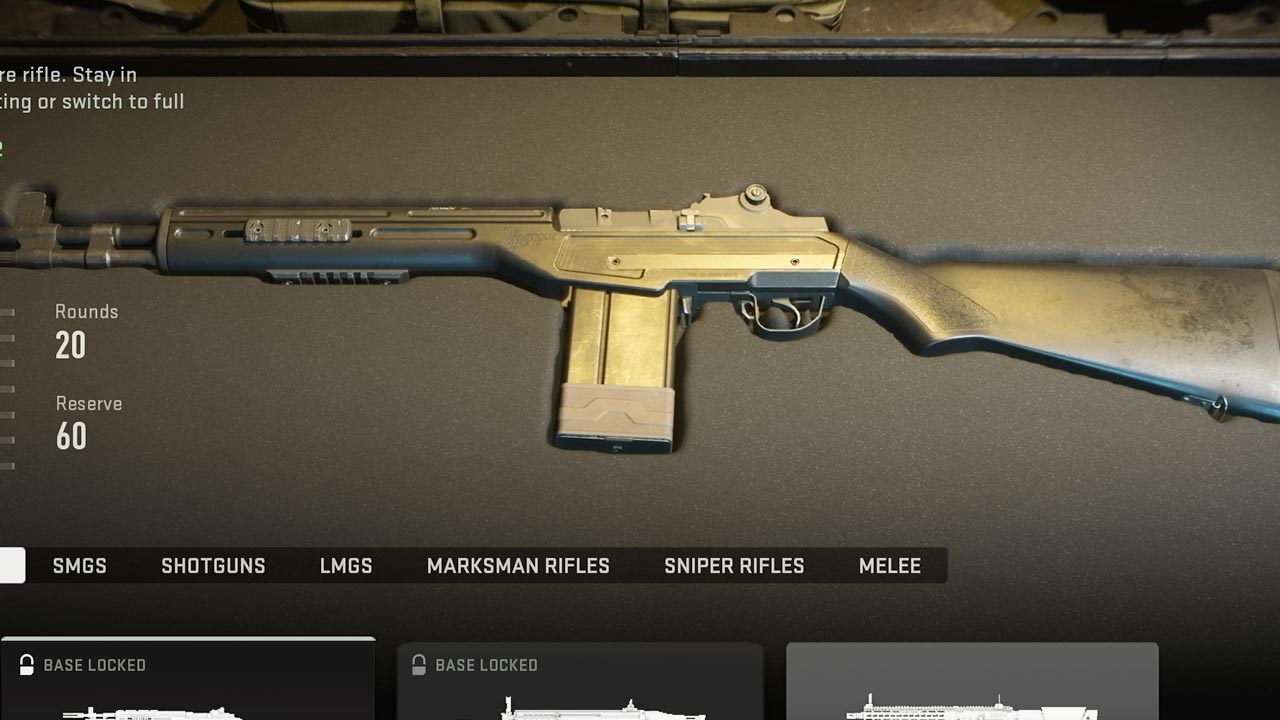 The TAQ-V is the big brother of the TAQ-56 assault rifle and unfortunately inferior to it in almost all respects. Only the TTK of 200 to 300 is slightly lower than that of the TAQ-56. With the right attachments you can make a well playable weapon out of the TAQ-V, but it will never be the best Battle Rifle of MW2.

The TAQ-V’s rate of fire is 571 RPM, which is about 50 rounds per minute less than the TAQ-56, and the magazine is also smaller at 20 rounds. So, what loadout can you get the most out of for the TAQ-V? 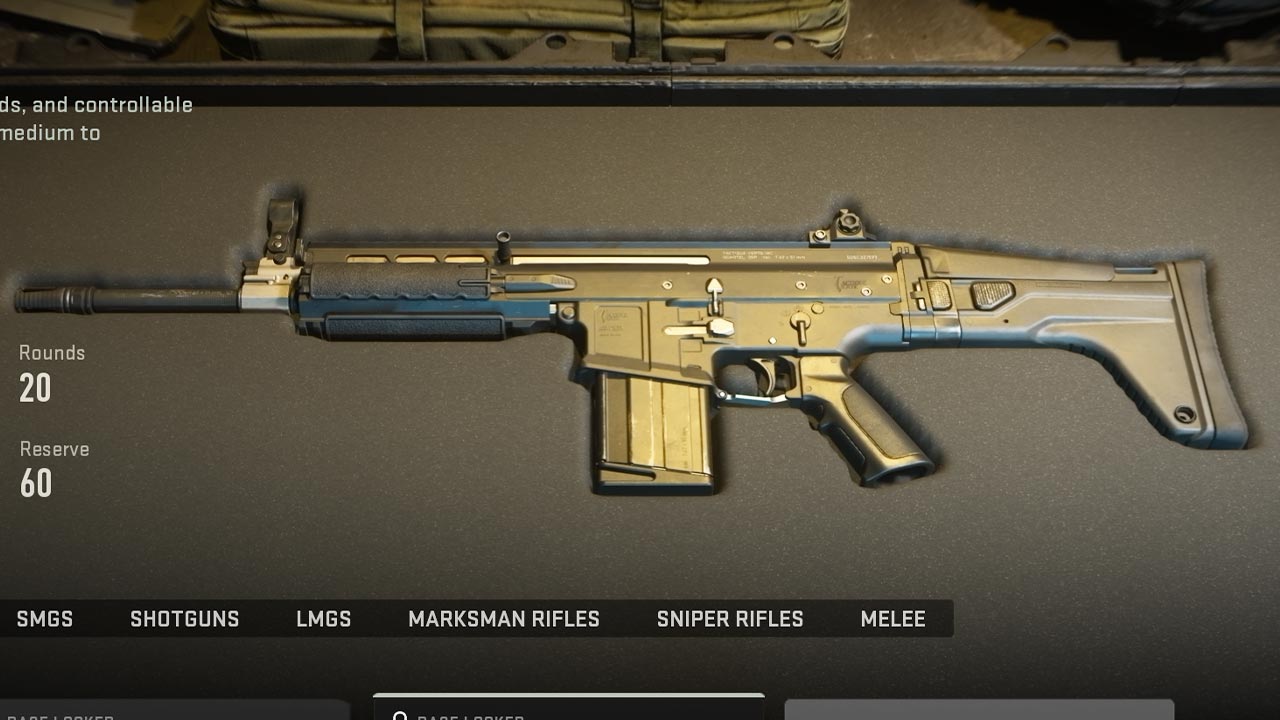 The FTAC Recon lands at the top of many lists of the best Battle Rifles in MW2. However, its TTK of 157 to 337 ms is noticeably higher than in 1st place. Only between a distance of 30 and 34 meters as well as the distance of 44 meters and 51 meters is the FTAC Recon really the strongest Battle Rifle. At all other distances, it loses out to the TTK.

In addition, the FTAC Recon has the smallest magazine with only 10 rounds, which means that every shot has to be accurate. On average, you can kill a maximum of 2 enemies with a full magazine – with the right precision.

Best Loadout/Attachments for the FTAC Recon 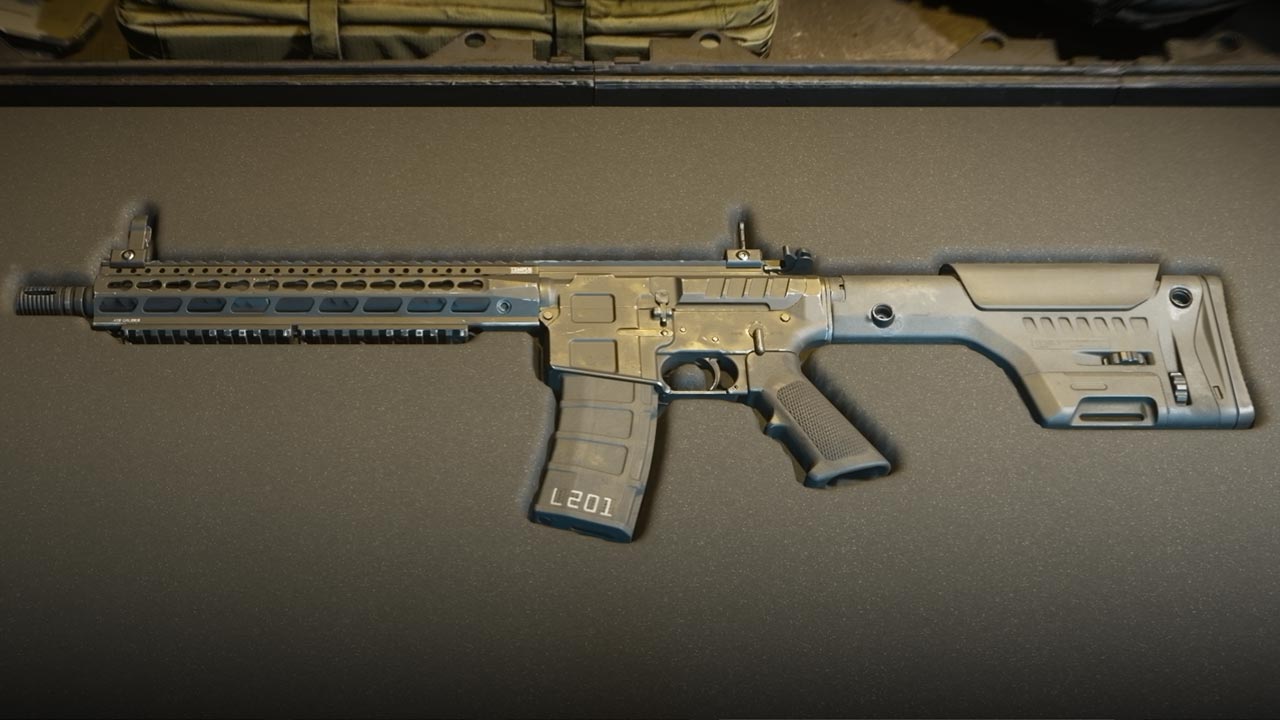 The Lachmann-762 is the best Battle Rifle in both MW2 and Warzone 2. This weapon has the lowest TTK of all the Battle Rifles, at both short and long range. It also has a medium 20-round magazine and the shortest ADS speed. So you’ll be on target faster with the Lachmann-762 (standard).

Building on this platform, you can tweak the ADS speed a bit for MW2 and improve recoil control. Recoil is the only big minus point of the Lachmann-762, but this will be remedied:

Best Loadout/Attachments for the Lachmann-762. Are Battle Rifles better than assault rifles in Modern Warfare 2?

In many situations, Battle Rifles can actually outperform their assault rifle counterparts. You’ll especially notice this with the FTAC Recon, which is superior to the regular M4 due to its 100ms lower TTK. Also, the higher range of maximum damage makes it a better choice, especially for Warzone 2.0 once that comes out on November 16.

The opposite is just as possible, let’s take a look towards TAQ-V. If you are a fan of the FN SCAR (real name), then you should go for the TAQ-56 assault rifle: Higher accuracy, more ammo, better recoil and ADS speed.

Since the SO-14 isn’t usable at all, unless you want to torture yourself, that leaves the King Lachmann-762, which is the best Battle Rifle in MW2. This is where Battle Rifle trumps Assault Rifle, and so we conclude: yes, Battle Rifles can be the better choice than Assault Rifles, but feel free to share your opinion with us in the poll! Which Battle Rifle do you think is the best in Modern Warfare 2?