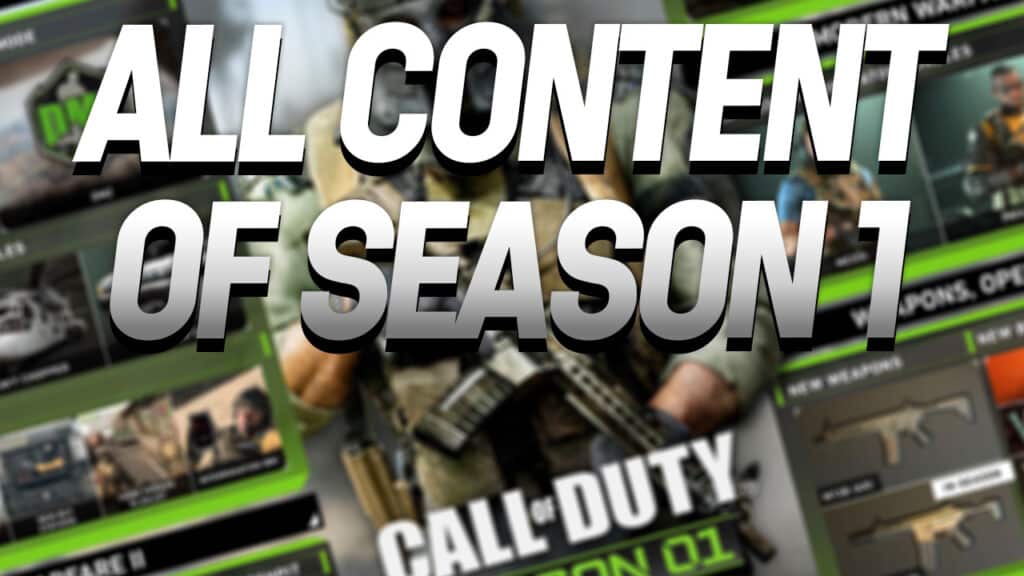 The first season of Call of Duty Modern Warfare 2 is eagerly awaited, and the release date has been known for a long time. However, the roadmap has now been posted, and we know all the content we will present to you in this article.

What is a roadmap? Developers use a roadmap to present the game’s community with a rough roadmap for all upcoming updates. They are often divided into quarters or seasons and rarely have any time information, just upcoming content. Such a roadmap is now available for the future Season 1 content of Modern Warfare 2.

All Content in the Season 1 Roadmap of Modern Warfare 2

We can get six new operators and four new weapons by the end of the first season. The multiplayer gets two “new” old maps. The in-game shop is opened and gets four bundles at the beginning, two of which appear to be part of a 7-part series that revolves around the seven deadly sins.

Most of the content for Warzone 2.0 has already become known in advance through events such as COD NEXT or leaks. There is little new information here. We are particularly excited about the possibility of interrogation and the new zone system in which several zones converge and become smaller.

A few things have already become known here in advance. We reported on the maps just today, which are now confirmed by the roadmap. Shoothouse and Shipment were popular maps in Modern Warfare 1, now finding their way into the new Call of Duty for Season 1. The raid mode for mid-December for the mid-season update was already known. However, the new Koop Mission High Ground and the CDL Moshpit are new and previously unknown content.

All known Content for the first Battlepass in Season 1

With the new Battlepass, a new, unknown system awaits you. Instead of simply accumulating experience to level up as before, you may now have to complete specific missions in a targeted manner. There is also a new operator called Zeus to earn two new weapons. The BAS-P, an SMG that looks much like the MPX, and the Victus XMR, a sniper rifle.

In addition to all the content mentioned so far, some operator bundles with well-known football stars that can be purchased will also find their way into the game. Four more bundles have already been announced, two of which revolve around the seven deadly sins. In addition to the weapons from the Battle Pass, there are also two more assault rifles. The M13B resembles a famous weapon from Modern Warfare 1, and the Chimera, which appears to be inherently silenced. The two operators, Gaz and Klaus, will also become available in mid-season.

That was all the content that will make it into Season 1 of Modern Warfare 2. Are you satisfied with what the first season has in store for us, or would you have wished for different things?
Let us know in the comments!