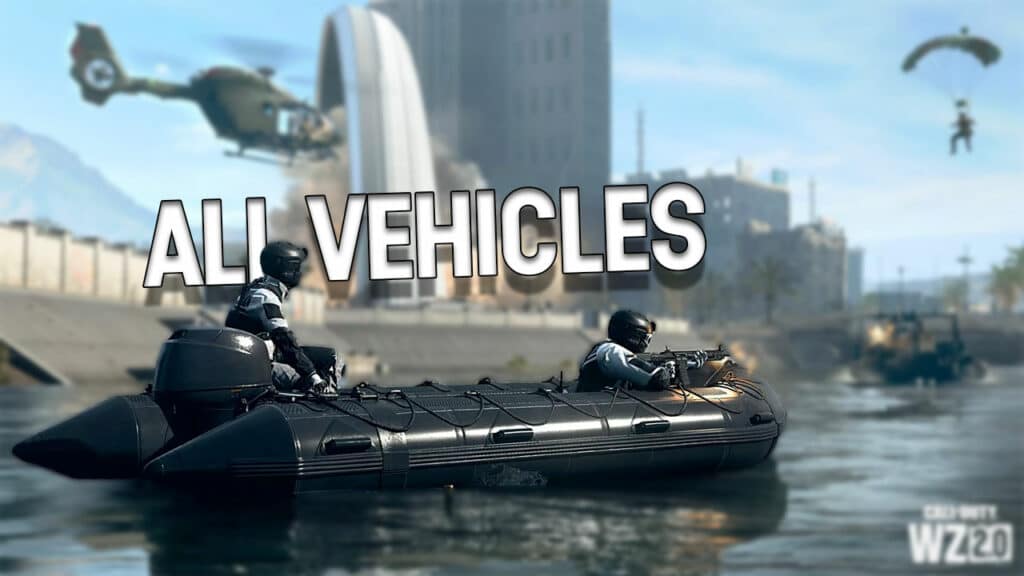 Call of Duty Warzone 2.0 will launch on November 16, 2022, and a leak has already revealed all the vehicles you’ll be able to use in Al Mazrah. Among them are civilian vehicles, trucks, armored SUVs, as well as helicopters, and, for the first time, boats. We’ll show you what to expect.

Why vehicles in Warzone 2.0? If you’ve never played Warzone before, you’re probably wondering, because Call of Duty isn’t known for its variety of vehicles. However, in Warzone 2.0 you’ll find yourself on the Al Mazrah map, which is very large and, typically for Battle Royale, is also getting smaller. You are therefore forced to get from A to B quickly. For this purpose, the different vehicles are suitable, with which you can move quickly over land, water or through the air.

These are all the vehicles from Warzone 2.0

Twitter user @CODWarfareForum has shared some images of the vehicles from Warzone 2.0 via social media. These are from a leak and from the game data itself, respectively. Players could already use a few of them in the single-player campaign and co-op missions of Modern Warfare 2:

What about tanks? In Modern Warfare 2, in addition to most of the vehicles listed here, an armored personnel carrier (APC) and light and heavy tanks are also used. In Warzone 2.0, however, these seem to be missing. Good thing, because tanks inside Warzone would severely limit the Battle Royale experience.

Here’s what you need to keep in mind about the vehicles in Warzone 2: Unlike the vehicles you could use in the first Warzone, there is a special feature in Warzone 2. According to the leaker, all vehicles need to be maintained. You can repair them and even have to refuel them. This should make for exciting conflicts in Al Mazrah.