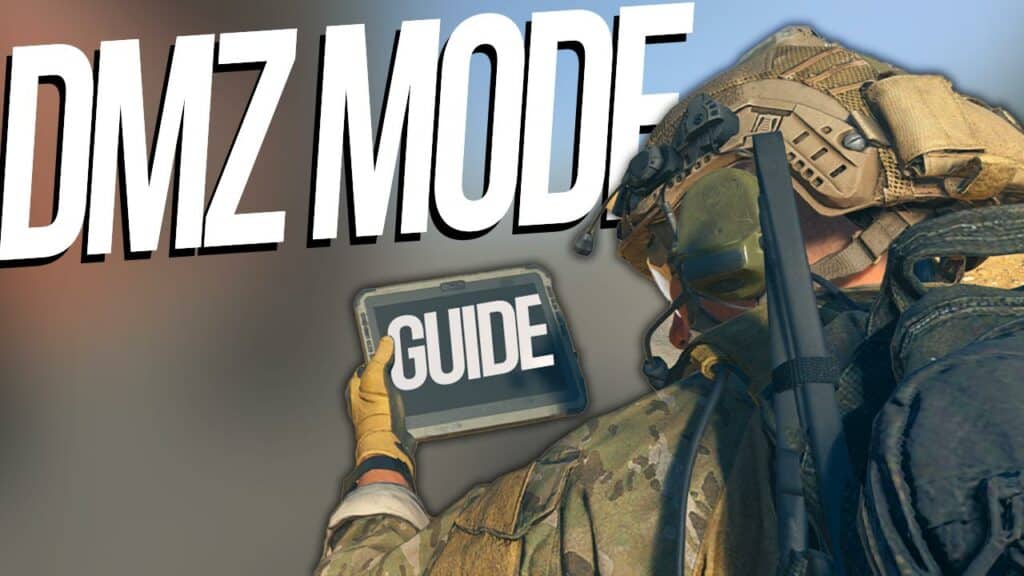 Call of Duty Warzone 2 has been released together with the Tarkov mode DMZ, and we give you the ultimate beginner guide and most important tips. Among other things, we explain how insurances and quests work.

What is it about? Warzone 2 is finally here and is even playable 2 hours before the actual release. We have already created many loadouts for Warzone 2! But this beginner guide is about the DMZ mode, an extraction shooter mode based on Escape From Tarkov. We’ll tell you everything you need to know about DMZ and guide you through your first steps.

DMZ Mode Explained – The Most Important Tips for Getting Started

What is DMZ exactly? DMZ is a game mode of Warzone 2 in which you look for loot on the Al Mazrah map, compete against AI bots and players to extract alive from the round (at certain locations) at the end. That’s where the name of the genre “Extratcion Shooter” comes from. But what exactly are the differences in equipment from Warzone 2, how does the quest system work in DMZ and how do you survive your first rounds? These are all questions that we will answer now:

How do loadouts work in Warzone 2’s DMZ?

Unlike in the multiplayer mode of Modern Warfare 2 or Warzone, in DMZ you don’t have a loadout that you create and can re-select in every round. You start with a certain set of weapons, vests and backpacks and must find new equipment within a current round.

In your inventory, called stash, you’ll find all your items, weapons and co. Here you also equip yourself completely and can choose the following equipment:

Super important DMZ beginner tip for this guide: Use the few starting resources wisely! You start out your DMZ career with four weapons, but you can’t customize them. They are marked with the name “Contraband”. You will also find such weapons within the matches, but note that you can never customize contraband weapons.

This is how weapon insurance works in DMZ

If you love your weapon and like to play, you don’t want to lose it after you die. That’s why DMZ has an insurance system where you can register your weapons. So if you die during a round of DMZ you won’t lose your weapon. But you have to wait up to 10 hours until your weapon is playable again. This is to guarantee a good balancing and at the same time not to scare players away immediately. The timer is bribable and you can reduce the time with cash you extract from a raid.

At the start of DMZ you can only insure one weapon/equipment. You can increase this number to three slots per raid. However, to do so, you must complete the quests of the different factions and level up with them.

This is how the factions and quests in DMZ work.

All the factions in DMZ take the place of the merchants from Escape From Tarkov. You can accept and complete their missions to gain their favor and rise in rank. In addition, you also get a reward for each quest you complete. The quest reward can then contain weapons, money or XP. You can also unlock DMZ-exclusive skins for Modern Warfare 2 or Warzone 2 multiplayer.

You can complete a maximum of 3 missions at the same time, but this is especially practical at the beginning in DMZ: You only have one faction to choose from, more follow with increasing rank:

How to start your round: Probably the most important beginner tips for DMZ are the ones for survival: At the start of a raid in DMZ, you’ll get a timer telling you that you have 30 minutes. 30 minutes until a radioactive zone spreads across the map of Al Mazrah. This gradually devours more and more parts of the map until only a small part is left. This is problematic for the following reasons.

The radioactivity in Warzone 2’s DMZ mode swallows first one, then the two, and then all three exfil points. Exfils are the extraction points where you leave the match. Once the zone has swallowed all three Exfils, a final fourth point appears, which the remaining players must then fight over.

If you are inside the radioactive zone, you will receive some damage over time. You can reduce the damage by using the appropriate blocker stims found on the map, or by selecting a gas mask from the stash before the round.

What should be your focus? Besides survival itself, you should focus on your faction missions. You can view them on the map at any time. Here they are displayed on the left and always clearly show you what progress you have already made.

However, you can also participate in world events that start during an ongoing round of DMZ. Thus, there are the following side quests:

Note the dead drops: the end of the round is getting closer, but you certainly won’t make it to one of the extracts. Then you should look around the map for the so-called dead drops. Here you can drop your items and get them safely out of the raid. However, the items are not safe yet. They are stored there, so you can collect them in a later raid and save them afterwards.

These are all the tips we would like to give you in the beginner guide for starting Warzone 2’s DMZ mode. Do you have any other ideas on how to get through the first few rounds better? Share them with us in a comment!