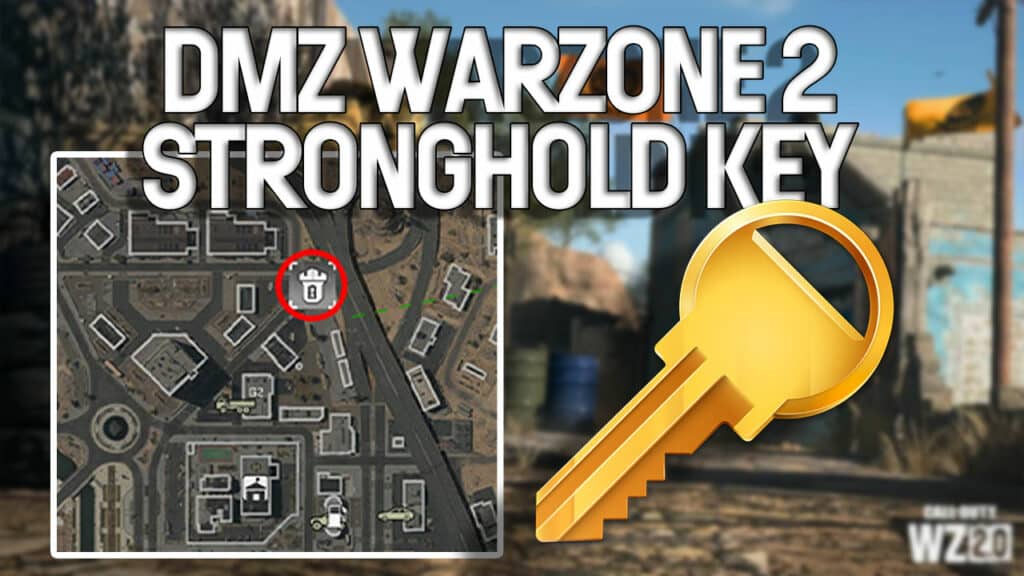 Warzone 2 DMZ: How to Get the Stronghold Key

In the new DMZ mode of Warzone 2 but also in WZ2, strongholds become active on the map at the beginning of each round, but you need a stronghold key and keycard for them. We’ll tell you in our guide what the stronghold brings and where you can get the keys.

Here’s what’s going on: The new Warzone 2 DMZ mode has been online since November 16 and offers a similar gaming experience to the extraction shooter Escape from Tarkov. On a large map, you are alone or with your friends searching for loot, fulfilling contracts, and exiting from the level without dying. However, there are also special places that are blocked for you but bring good loot.

Why You need Stronghold Keycard in Warzone 2 DMZ?

At the beginning of each match, the strongholds in Warzone 2 DMZ are randomly activated on the map. So they are not always the same. You can recognize these strongholds directly on the map by a fortress icon, but also by the orange-colored flags that are placed on the building. However, these strongholds are locked, and you need a Stronghold Keycard to open them. More about this later.

What happens when you open a stronghold? You should not open a fortress so carelessly. As soon as you do, you have to take the fortress and disarm a bomb. The stronghold is well-guarded and is like a small dungeon. But enemy players can also stop you in your endeavor. If you are successful in the conquest, many rare and valuable items await you. Among other things, a Black Site key and your personal loadout in Warzone 2.

How to get the Stronghold Key in Warzone 2 and DMZ

There are several ways to get the stronghold key:

The easiest solution is, of course, to buy a stronghold key for $5000 at a buy station. These are spread all over the map, but not all of them offer the key. So you have to go to a buy station that offers the key and then have enough money with you. 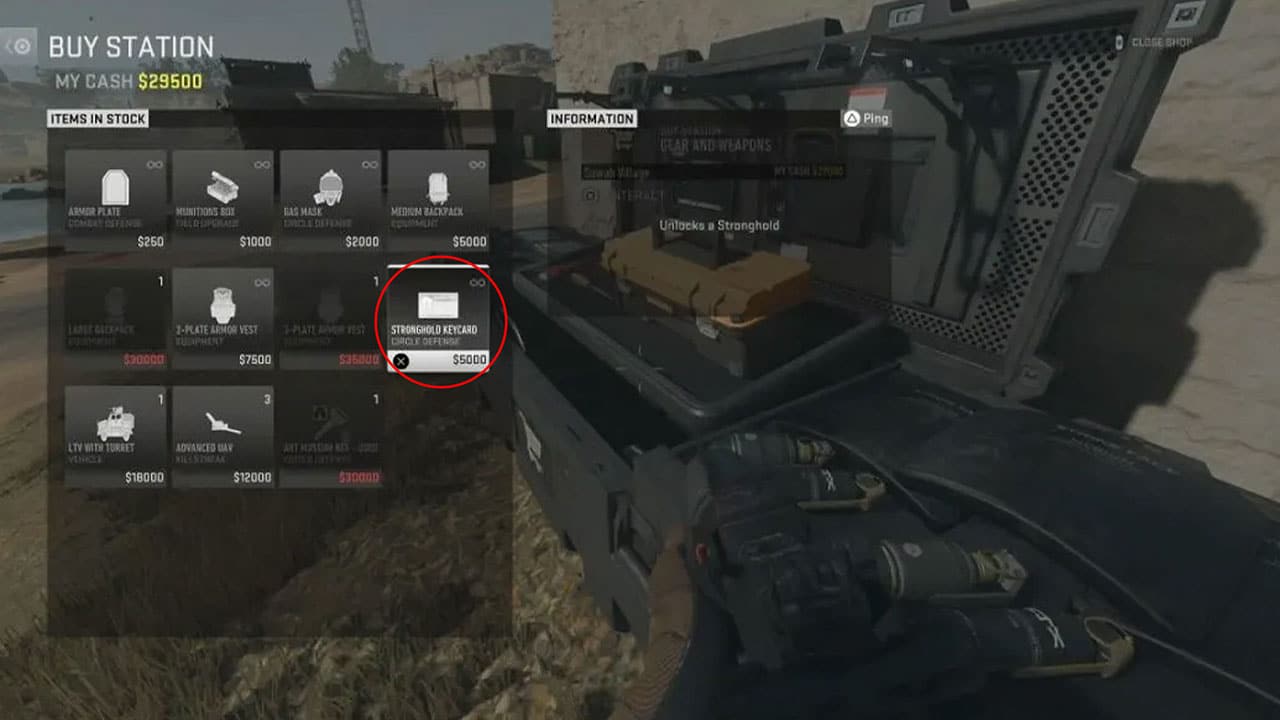 However, if you and your team are near an anti-aircraft missile, you should try to capture it. You have to defend it against armored NPC units until the missile is captured. After that, a plane will be shot down and an airdrop will be dropped. In this airdrop you will find not only useful weapons and items, but also a Stronghold keycard.

How to earn money in Warzone 2 DMZ: There are several ways to get money in Warzone 2 DMZ. You’ll find items throughout the area, which are sometimes more, sometimes less valuable. These are, for example, wrenches or gold bars. You can sell them at a buy station. On the other hand, you can also loot cash registers, which always contain a few dollars.

Defeating other players or NPCs will also earn you money. However, completing contracts is the most lucrative. Be careful throughout the time that you don’t become a victim yourself, though, because otherwise your round will be over, and you’ll lose the loot you took into the match. Once you’ve collected $5000, you can finally buy the stronghold keycard in Warzone 2 & DMZ.