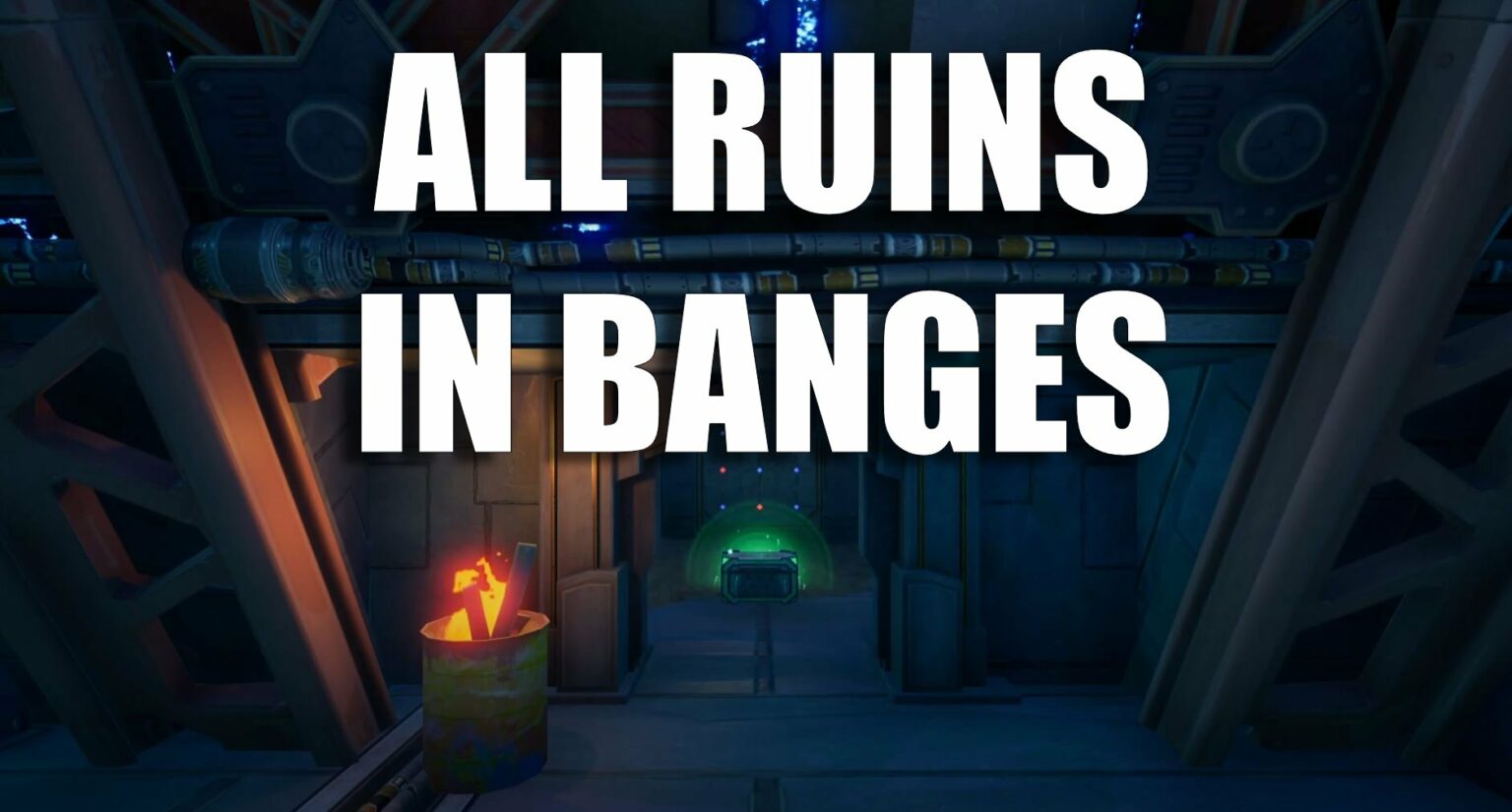 Tower of Fantasy: All Ruins in Banges

In the MMORPG Tower of Fantasy, you’ll repeatedly come across ruins during your journey through Aida. Each region has three of these dungeons, which are not always easy to solve, but contain promising rewards.

That’s what it’s all about: In our Tower of Fantasy Guide, we’ll show you not only where to find all three ruins in the Banges region, but also how to play through them, collecting every single crate and reward.

“Our tip: You can also easily find all the viewpoints with our Tower of Fantasy guides!”

The ruins are easy to recognize. They look like giant triangular spaceships. If you want to enter one of these dungeons, you have the choice between the levels

Depending on which difficulty level you choose, there are more and more difficult enemies waiting for you in the ruin. The level requirement is also different for each level. For example, for the first ruin in Banges B-01 you need level 21 for Easy, level 34 for Normal and level 49 for Hard.

However, you will also get more rewards for it. Our guides refer to the ruins with the Easy difficulty. The challenges inside always consist of fights with enemies, solving puzzles and a boss fight at the end. You can easily find the ruins on the map. They are represented there as symbols that look like small cathedrals. 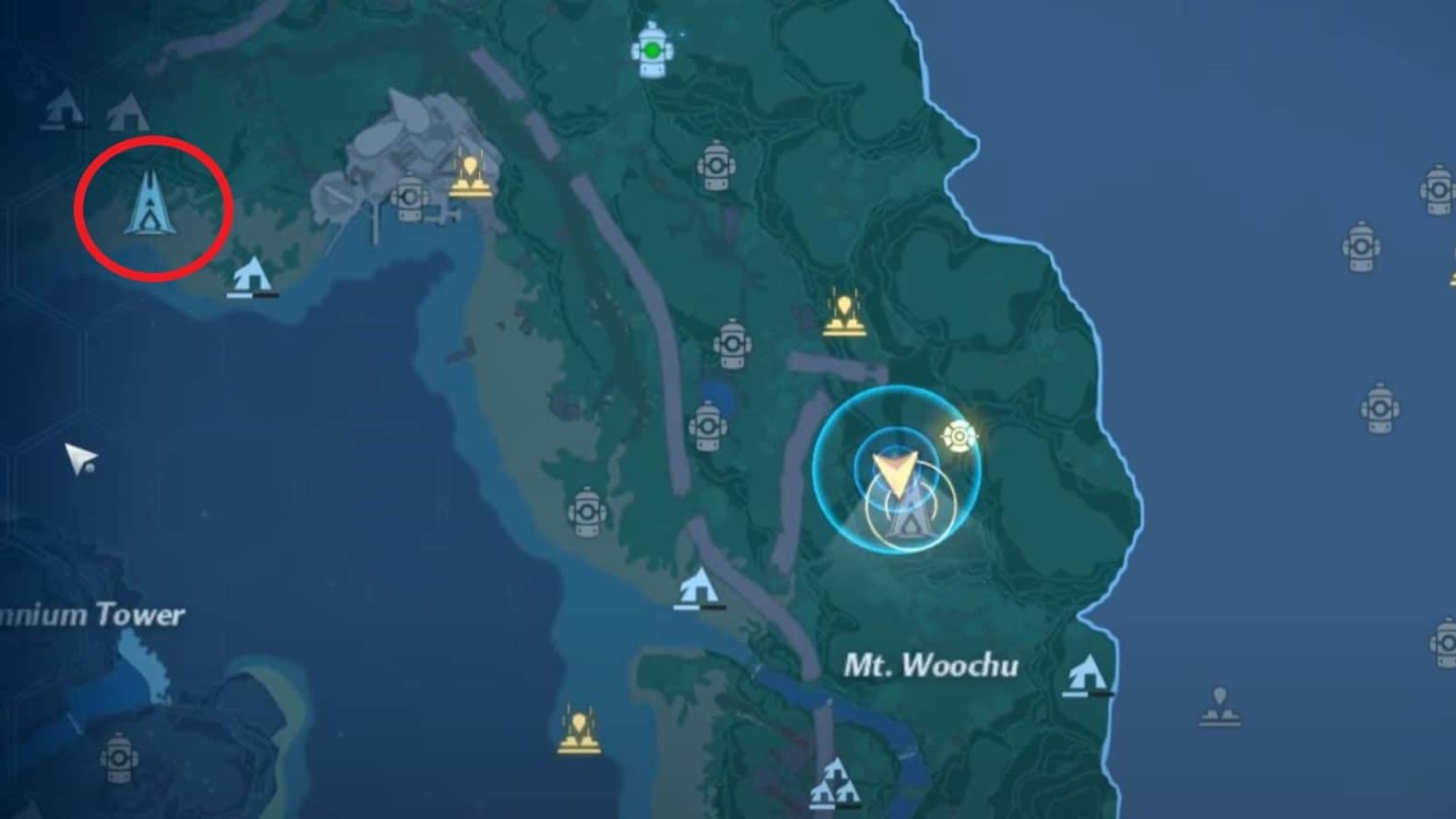 All Tower of Fantasy Ruins in Banges

In each ruin in Banges you can find two chests, all containing the same rewards:

So in the Banges ruins, just like in the Astra ruins, you can secure a total of 6 x Weapon Battery II and 6 x Matrix Data Pack II.

Right at the beginning there are a few Ravager enemies waiting for you, which you can take out. In the next room there is a platform and a lever. Stand on the platform to open the door on your right and get the first chest. Now activate the lever and leave the room. Turn right and cross the gap using the spinning pipes and defeat the Ravager enemies on the other side. 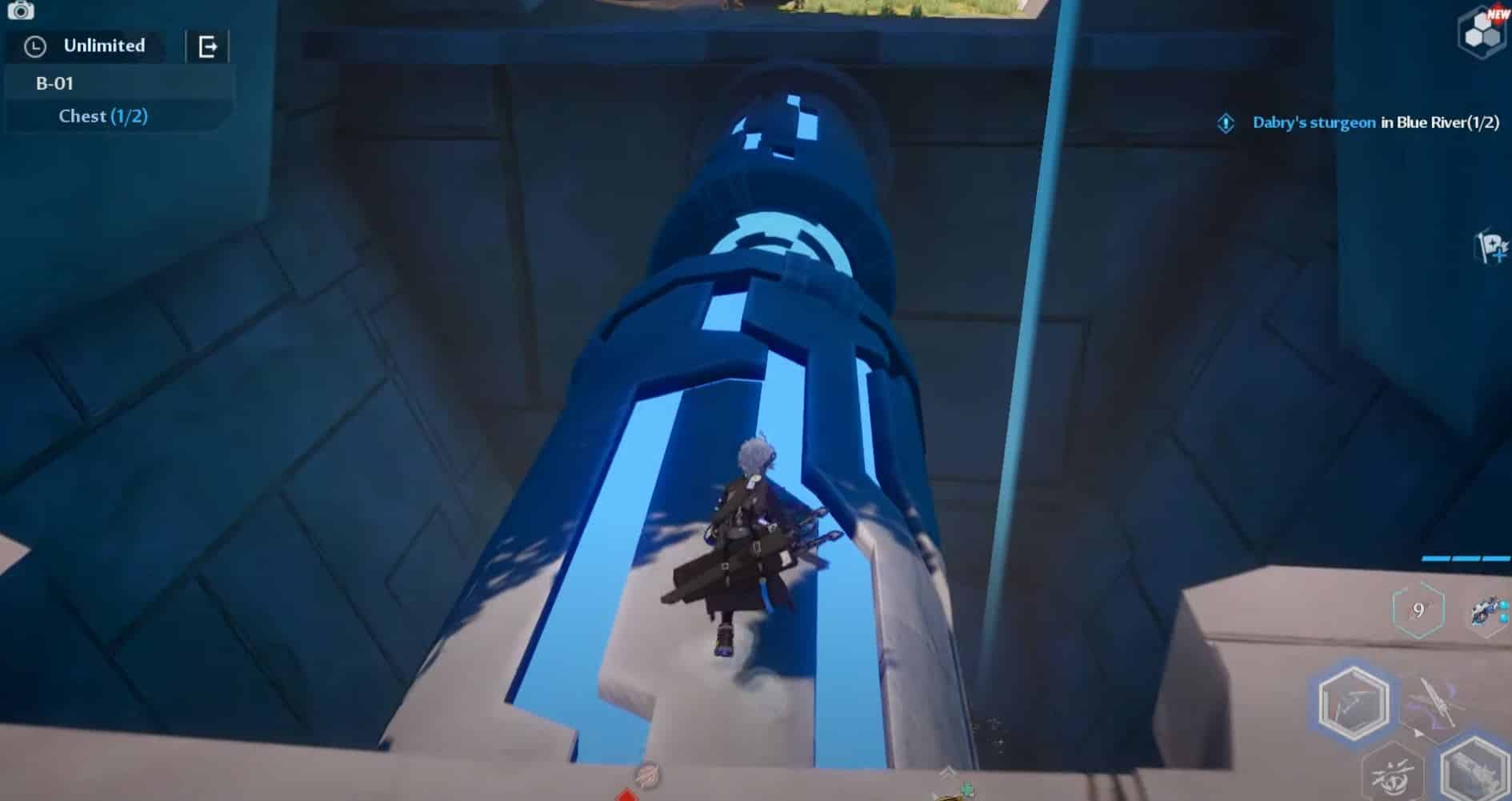 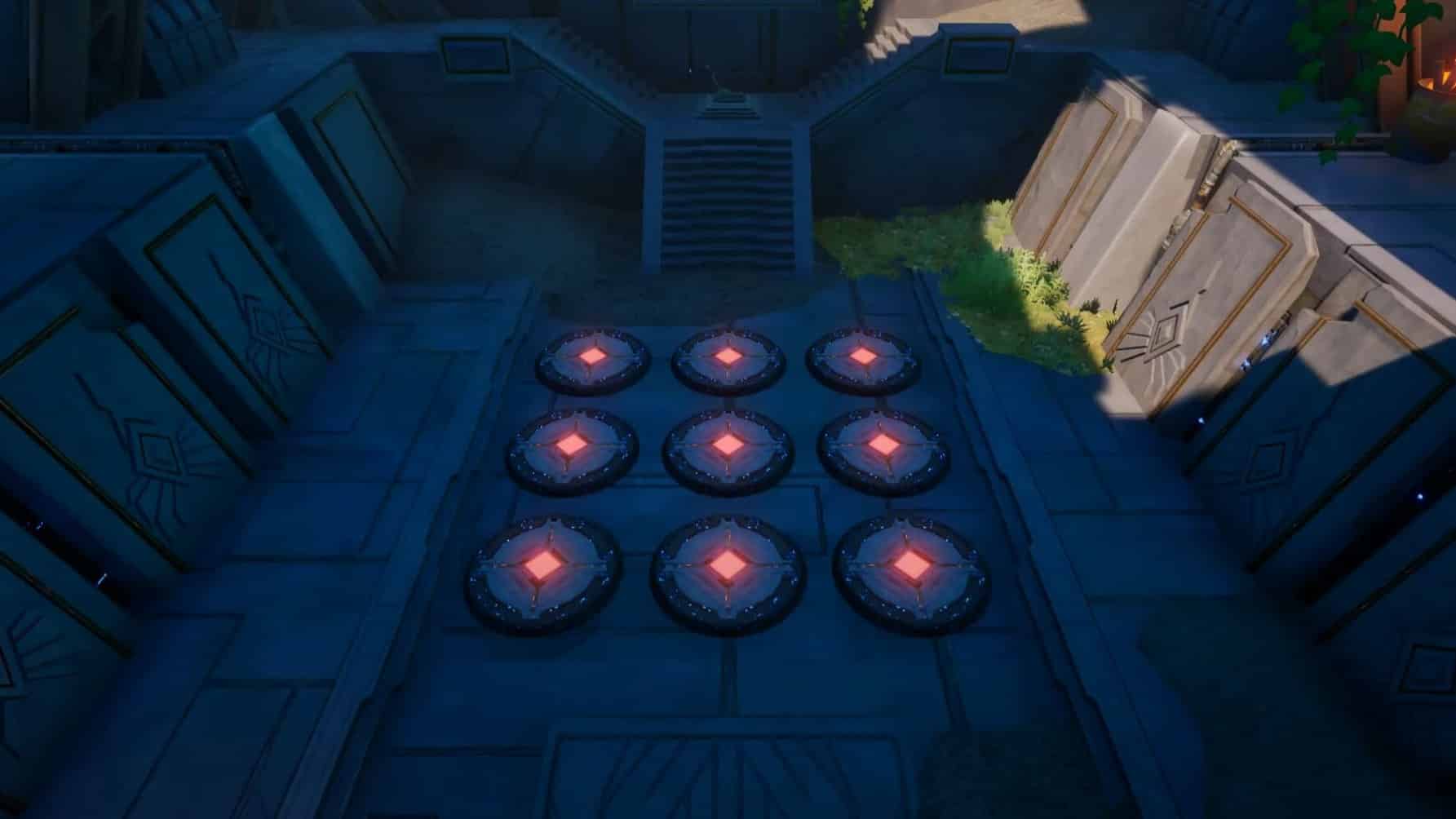 Hint: you need to recreate two patterns in total, the first one for the chest, the second one to open the door to the next room and to get to the boss of the ruin.

In the ruin B-02 you have to keep right immediately after entering and jump into the lower room. There you will reach a short staircase leading to a room where you will find the first chest. You can either defeat the enemies or leave them to the left. For the second chest you have to go back to the entrance and from there straight ahead towards the thorny bushes. Destroy it to get to the chest behind it. 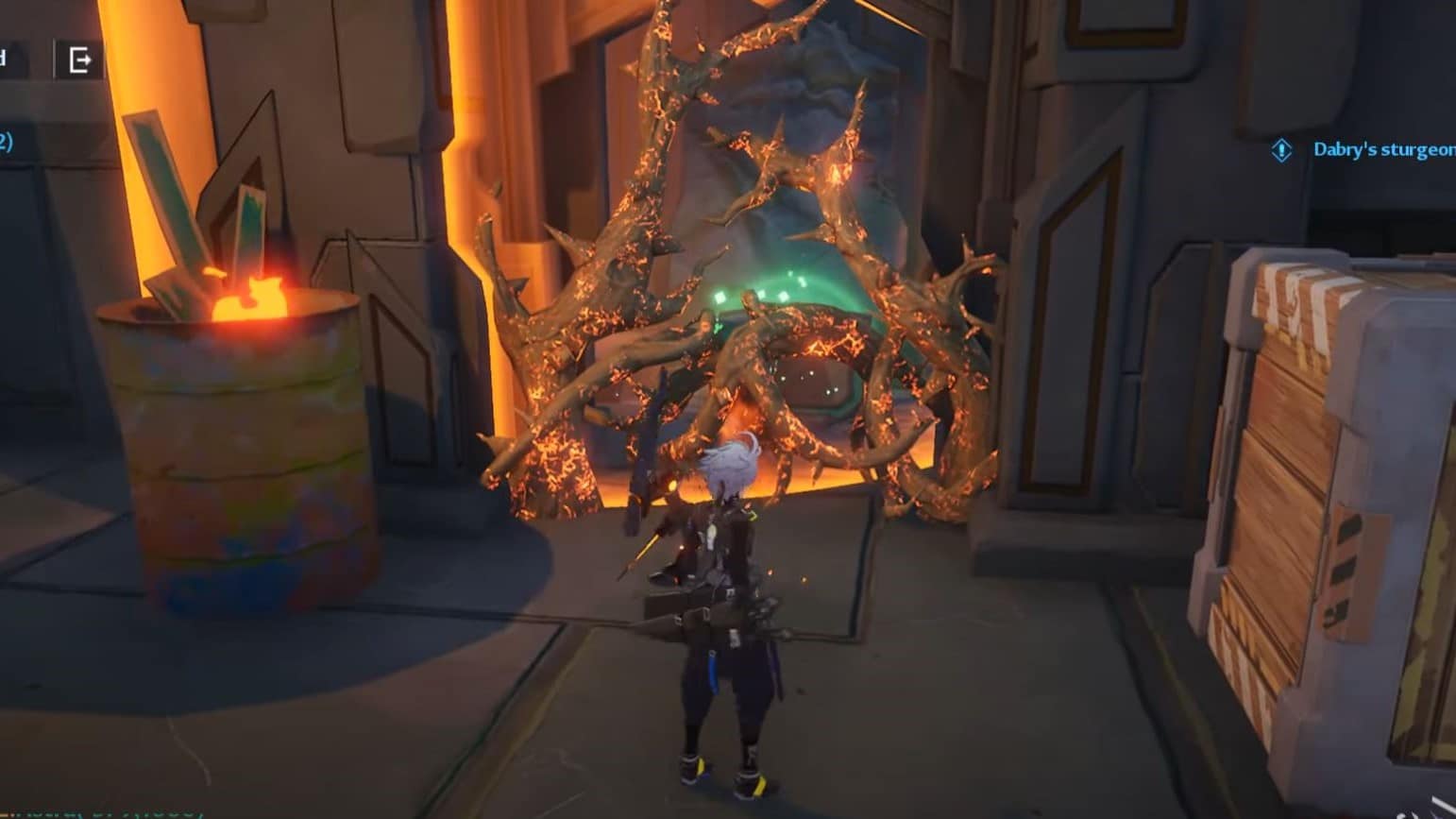 Now run up the stairs next to it and put the small crate on the red platform. Then run down the stairs again and straight ahead into the next room. Destroy the two thorny vines and defeat the enemy behind them. Take the small crate from the room with the commander and carry it across the corridor into the opposite room to put it on the red platform on the left side behind the fence. 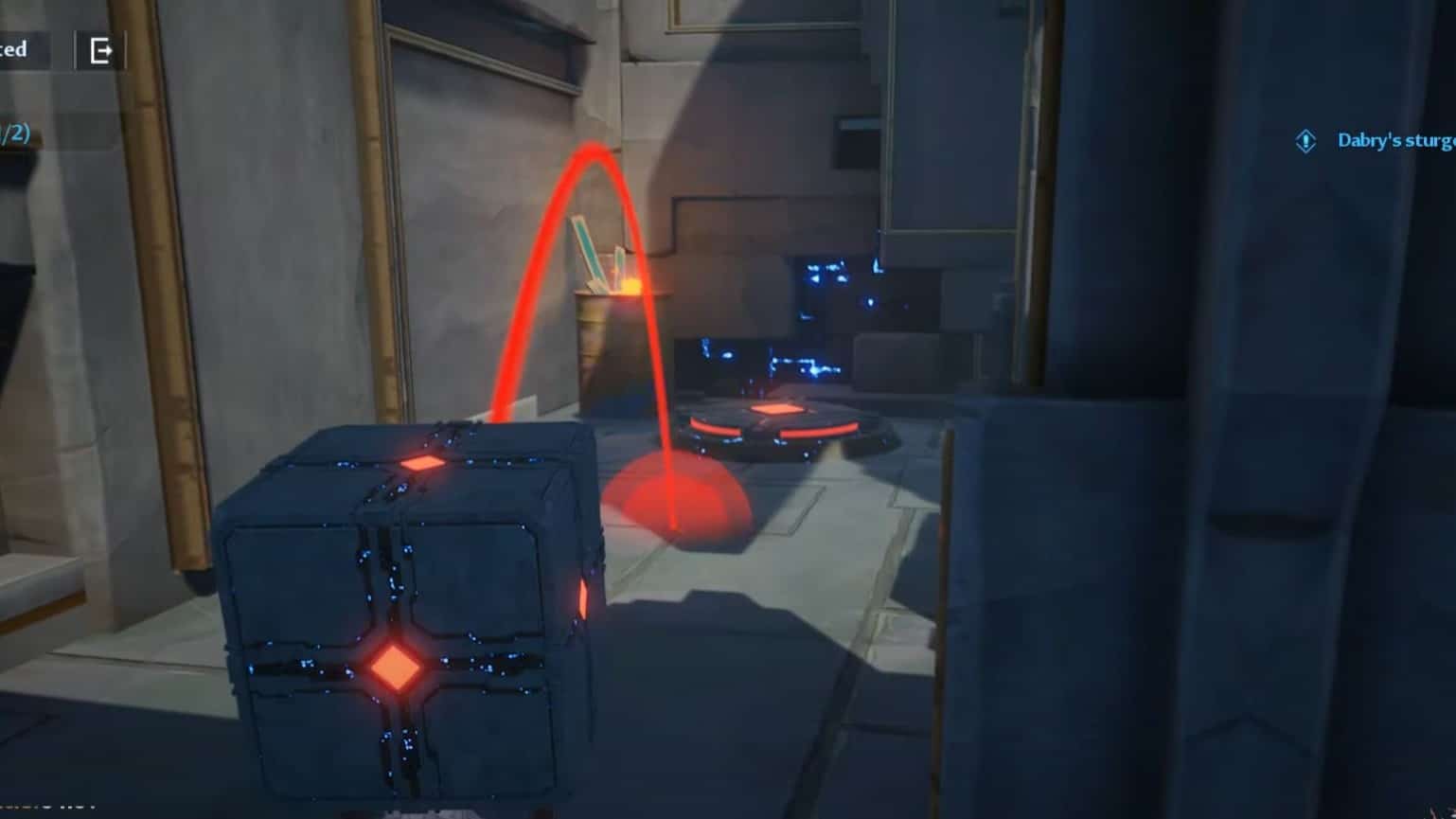 This will open a door behind which a second small crate will appear. You have to put this second crate on the left platform in the corridor. This will allow you to retrieve the first crate and place it on the right platform in the hallway to open the door to the boss.

The first room of the ruin is flooded with water. A stone pillar sticks out in the middle, on which the first chest is located. You can shorten the way to the pillar with the help of the omnium cannon and get across with the jetpack and the dodge maneuver. To be on the safe side, you can also use the floating platform. 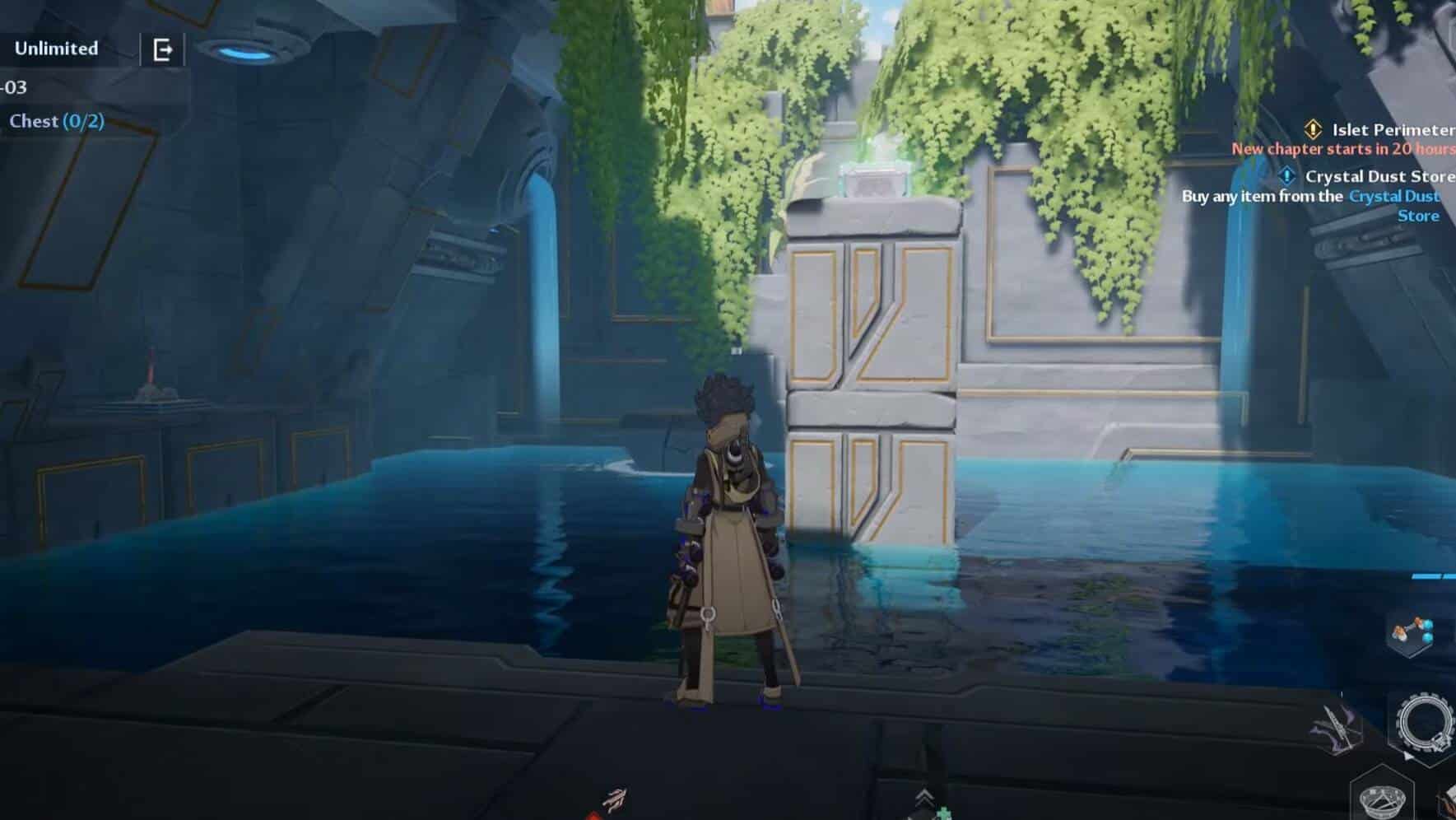 To the left of the stone pillar you’ll find a lever. Activate it to open the door on the other side of the flooded chamber. Use the Omnicanone again to get to the door. In the passage behind it you will find the second chest on a rising and falling platform behind some enemies. 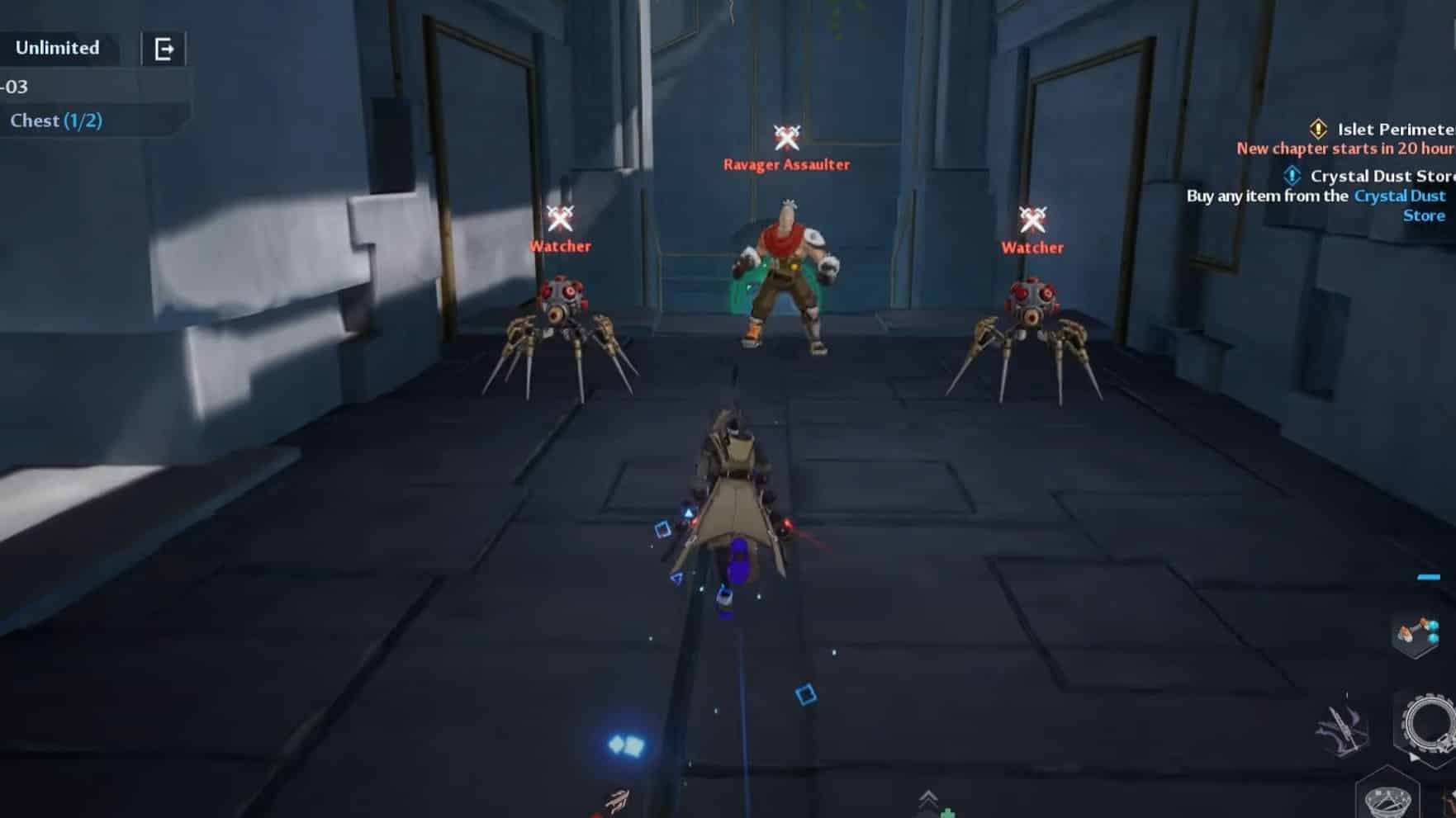 Once you have emptied the second chest, you have to go back to the beginning of the corridor and turn right through an obstacle course of spinning pipes and laser beams. In the open area beyond, there are several enemies waiting as well as some floating platforms that will take you to the next corridor and the boss fight.

We hope that our tips will make it easier for you to get started with the Asia MMO and that you will be well prepared for your next adventure on Aida. You want to discuss Tower of Fantasy or other games? Then join our new Discord server or visit us on Facebook, we are looking forward to you!