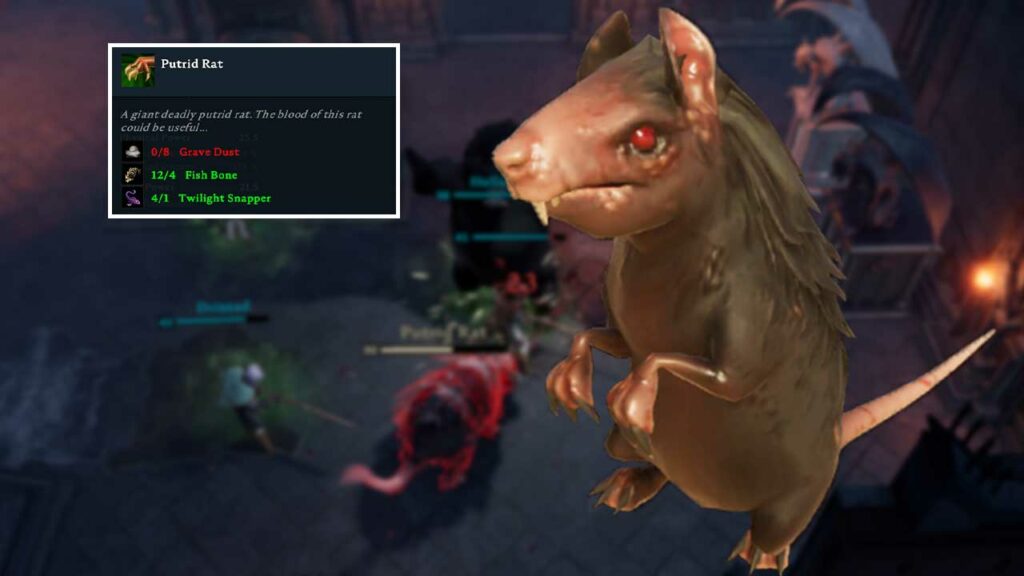 V Rising: Putrid Rat Location and How to Deafeat the V-Blood-Boss

You want to defeat all V-Blood bosses in the coop vampire ARPG V Rising and are desperately looking for the Putrid Rat? We’ll tell you how to summon and defeat the boss!

That’s what’s going on: In ARPG V Rising, one of your core tasks is to defeat more than 30 bosses, the so-called V-Bloods. Each boss grants you new skills, new recipes, or items that advance you further in the game. At the Blood Altar, each of these V-Bloods can be tracked, except for one; “Putrid Rat”. But there is a simple trick!

How to find Putrid Rat in V Rising

Putrid Rat doesn’t have to be found, you have to summon the boss in your own base. For this, you have to build a vermin nest for 360 stones and 120 bones. If you now add various materials to the nest, rats, spiders, and other creatures will gradually appear, which you can destroy for resources.

One of the options is to summon the Putrid Rat boss. For this, you need:

The level 30 V-Blood Boss will then be summoned within 30 seconds, so get ready. 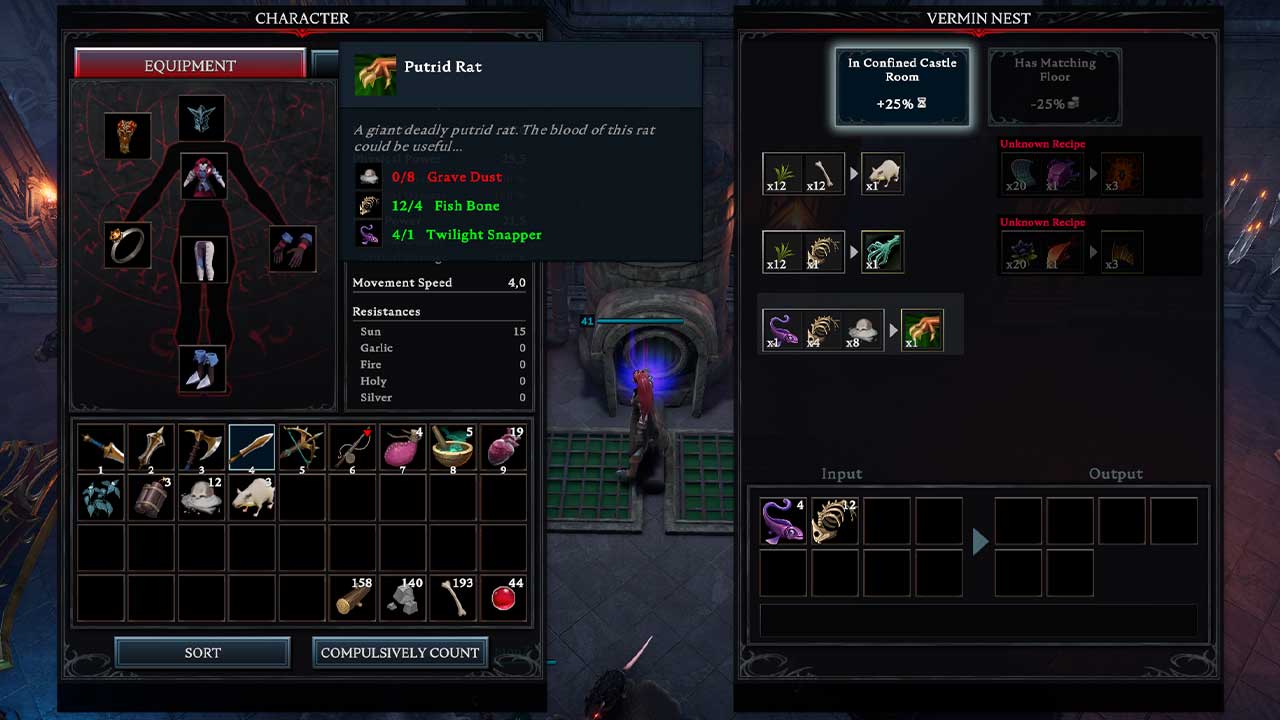 How to Fight Against Putrid Rat in V Rising

The fight itself is pretty unspectacular. The rat will attack you with normal attacks that you can dodge. It becomes problematic when the boss digs into the ground. Then suddenly a lot of small rats appear and attack you. Here it is advisable to launch area attacks to counteract the crowd. Once all the little rats have been destroyed, the boss will appear again, and you can finish him off. This is your reward: defeating him grants you the ability to transform into a small rat that can move through enemies more easily. But watch out, you’re not entirely safe in the rat form either.