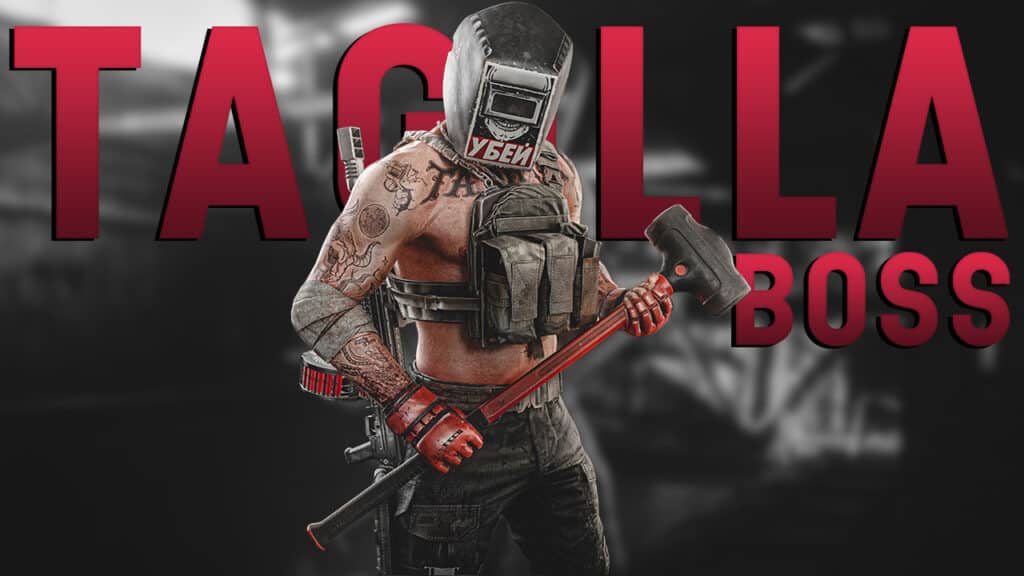 Escape From Tarkov: Factory Boss Tagilla is a Melee Fighter with Hammer

In a trailer, the developers of Escape From Tarkov introduced the new factory boss “Tagilla”, who is completely different from all other Tarkov bosses, becase he smashes your head.

The name says it all: In a short trailer, Battlestate Games have presented a new boss for the Factory map. The fans are happy because for the first time he does not rely on firearms. Instead, Operations Manager, which is a lose translation of the russian name “Начальник Завода”, beats your face to a sledgehammer.

This is what makes Factory Boss “Tagilla” so special

The trailer shows that: In the first teaser for the new boss in Escape From Tarkov you can see a new part of the factory expansion. This should release with one of the upcoming updates, and that even before Streets of Tarkov and its update 0.13 come. However, it is not known when exactly you can expect it.

A little more interesting, you can find out more about the upcoming boss in Tarkov. The new boss is called “Начальник Завода”, which roughly translated means Tagilla or simply Boss.

This is how he stands out: The developers don’t let you waiting long and show immediately what Tagilla or Boss is all about. In contrast to the other bosses in Tarkov, he does not rely exclusively on ranged weapons. He’d rather pick up a sledgehammer and try to knock you as if you were a pound of meat.

We think that’s very cool, but at the same time, we wonder how it can be balanced. Most likely, the new boss Tagilla will only use the sledgehammer when he gets close to you.

Unfortunately, the developer does not share any further information. But it shouldn’t be too long before the factory extension including the boss Tagilla is added. As soon as there is new information, we will of course keep you up to date.