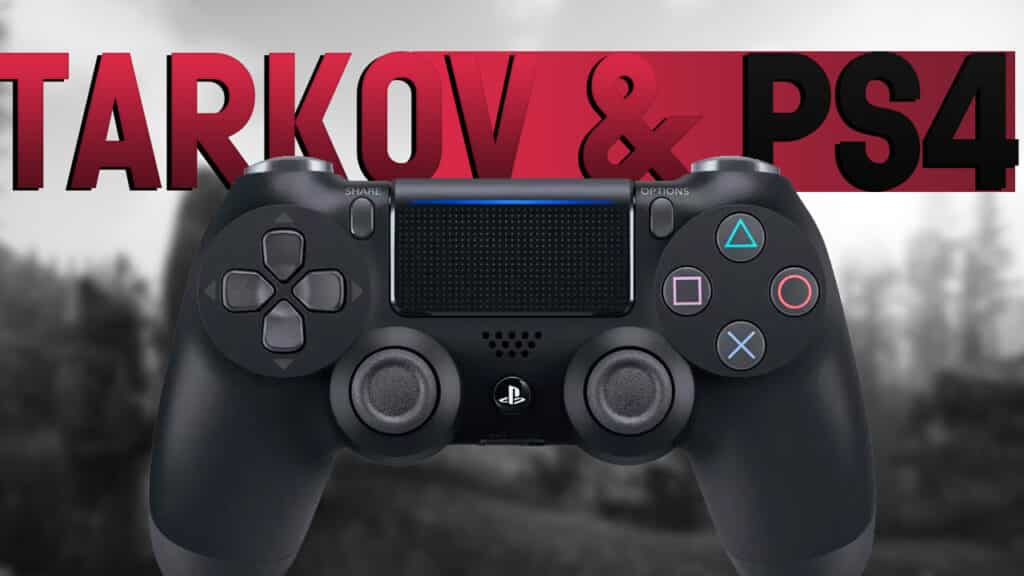 Escape From Tarkov on PS4? Controller Works Better Than You Think!

At the beginning of the year, the developers of Battlestate Games announced that Escape From Tarkov will be released for the consoles (presumably) PS4 or PS5, but many find that this cannot possibly work: Wrong I say!

Tarkov on console: In a developer live stream at the beginning of 2021, the developers stated that a port of Escape From Tarkov is already in the works. The reaction of many fans was that this game is way to complex and can never be played with a controller, but a YouTuber shows that it works and even very well.

Escape From Tarkov on PS4 & Xbox One? We know this

Not much known: all we know about the planned console version of Escape From Tarkov is that it exists. It has been in development for about a year. But it still remains unknown on which platforms the game releases.

PS 4 and Xbox One? Probably more like PS 5 and Series X, or is it on the Wii? Little fun, but in fact Battlestate Games is very reluctant to provide information, and not only in this case. But no matter which platform Tarkov appears for: “It’s not playable with a controller anyway!”, Yeah, bet that’s what you think Timmy.

In his videos, YouTuber Caurbine shows how to properly cream off Tarkov in Escape From, and that with a controller. Using Steam Big Picture, he makes Tarkov think the PS4 controller is his mouse and keyboard. If you don’t believe how good Caurbine really is, just take a look at his videos.

Here he not only shows his normal gameplays. The focus is also on Tac Talks,those are videos in which he shows the viewer how to proceed in certain situations. This is particularly helpful for beginners.

Don’t be confused by the number of subscribers of around 500 subs, his videos can teach even the toughest professional something.

What do you think? Do you think Escape From Tarkov is impossible to play on a PS4 or with a controller? If this article has changed your mind, please write us a comment or follow us on Facebook and discuss with us here.