Wildcard has announced a new map for ARK: Survival Evolved in the current Community Crunch 274, which they will officially take over from a community mod. Lost Island is the name of the map, which is based on The Elder Scrolls’ Tamriel and brings three new dinosaurs with it.

That’s going on: The new Community Crunch 274 is again offering the ARK community a lot to marvel at. Wildcard has chosen another mod map that they will officially integrate into the game. So console gamers also have the opportunity to enjoy such a map. Lost Island is the name of this mod map and brings with it three new creatures, one of which is already known.

This is Lost Island: Lost Island is originally a mod map from the ARK community that you can already play on the PC. With almost 40,000 views and over 7,000 downloads, Lost Island is not one of the top mods, but it can be seen as a map. Wildcard has recognized this and is now bringing it into play as an official, free map. The map is 150km² and offers various biomes. A preliminary map shows what the finished island will look like. It is still unclear whether the map also has this division in the official version. Wildcard likes to crop mod maps so that they run smoothly on the consoles.

If you look closely, you will see that the new Ark Map Lost Island is a replica of the world of Tamriel from The Elder Scrolls.

The following areas are originally planned:

However, we doubt that by the time of the official release, which is planned for this year, everything would be ready and Wildcard will decide to delete some areas.

Three new dinosaurs for ARK – This is the Armagasaurus

With Lost Island, three new dinosaurs appear in ARK, all of which have a real role model. One should have been explicitly a community request. The developers have already presented one of the three, the Amargasaurus. “Of all the creatures in the sauropod family, Amargasaurus titanicus is likely the most unique looking. It sports two parallel rows of dorsal spines down the length of its neck, back, and tail–though the neck spines are significantly longer than the back or tail spines.  These spines are a remarkable adaptation, giving Amargasaurus unmatched control of its body temperature. Made even more incredible by their time on ARKs, these spines store both extreme heat AND extreme cold, effectively allowing Amargasaurus to live comfortably in any environment. Its sails also make it an abnormally capable swimmer, for a sauropod.”

“Unlike most sauropods, Amargasaurus is very prone to violence, attacking most predators (and humans!) on sight. I suspect this behavior developed alongside the dangerous spines it uses as weapons.”

“Once finally tamed, it’s no surprise that Amargasaurus’ spines are its best feature. If removed early, their thermal storage becomes erratic, which is perfect for catalyzing sap development in many trees.”

“Some tribes, of course, adapted this thermal quirk for combat. By having Amargasaurus eject a spine before it sheds naturally, the freezing/warming waves that emanate from the spike play havoc with armor in the area. Interestingly, simple armor is barely affected, while more complex armor is more heavily affected.”

When will Lost Island and the Dinos appear? A fixed release period is not yet known. The developers are cautious about saying “Later this year”. However, Wildcard is notorious for rescheduling release dates a couple of times. We will keep you up to date on this! 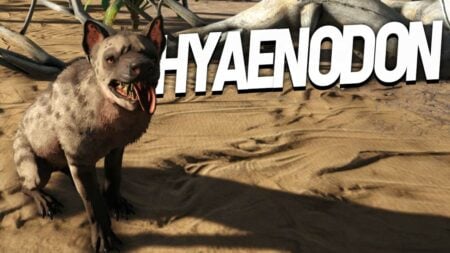 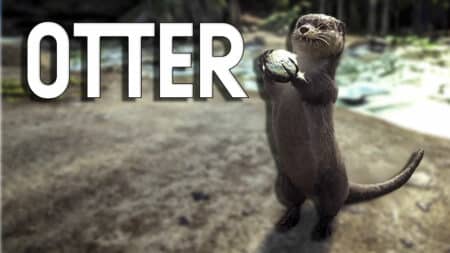 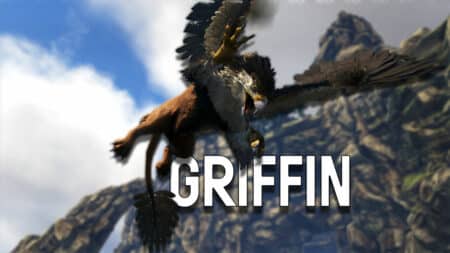