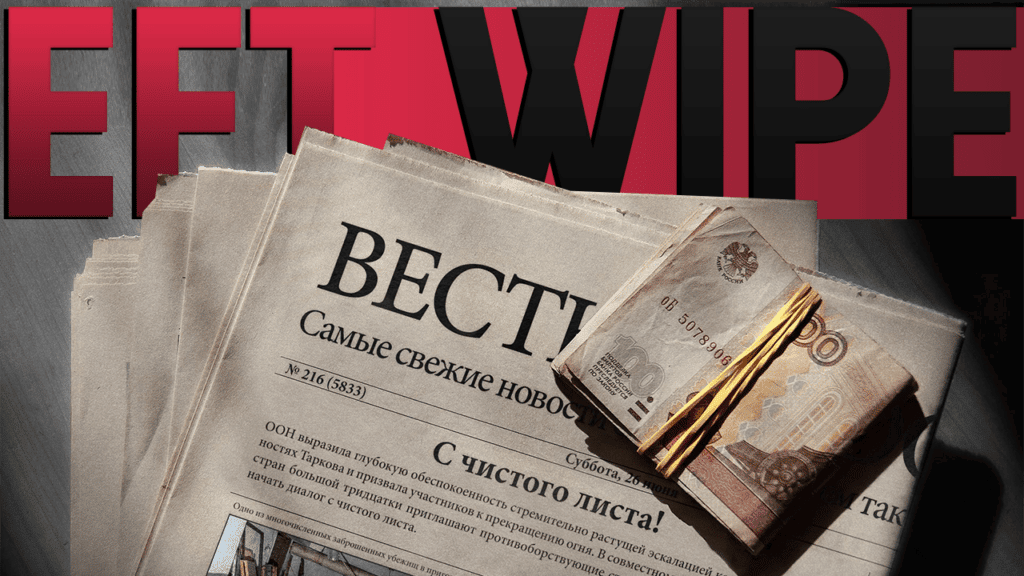 Escape from Tarkov: Further hints on Wipe in late June

Developer Battlestate Games has sent a message to all Escape From Tarkov players via Twitter. A newspaper article shows the headline “A fresh start” and the community is sure that the wipe is coming.

That’s going on: Battlestate Games posted a picture of a newspaper article from Escape from Tarkov on Twitter. Translated, the title says “A fresh start” and the community believes in a wipe. There were previous indications of a wipe for the end of June.

What is in the article? The newspaper article translates as follows:

“A Fresh Start! – UN is deeply concerned about the escalation of the conflict around Tarkov and is requesting parties to cease fire and make a truce. In a joint communiqué, the G-30 governments invite the warring parties to sit down at the negotiating table and start a clean slate of dialogue.”

The picture below the text is headed: “One of the many abandoned shelters in the suburbs of Tarkov”

What does that mean, and when will the wipe come?

Wipe on June 30th? The newspaper article apparently announces a wipe, but this has not yet been officially confirmed. Still, the community is wondering when this will take place. Still today, since the date in the newspaper article refers to June 26th, or is it more likely to June 30th, as other indications already suggest?

What kind of events start? Almost all Scavs in the game appear to have been replaced by Raider at the moment. This is also reflected in an in-game message: 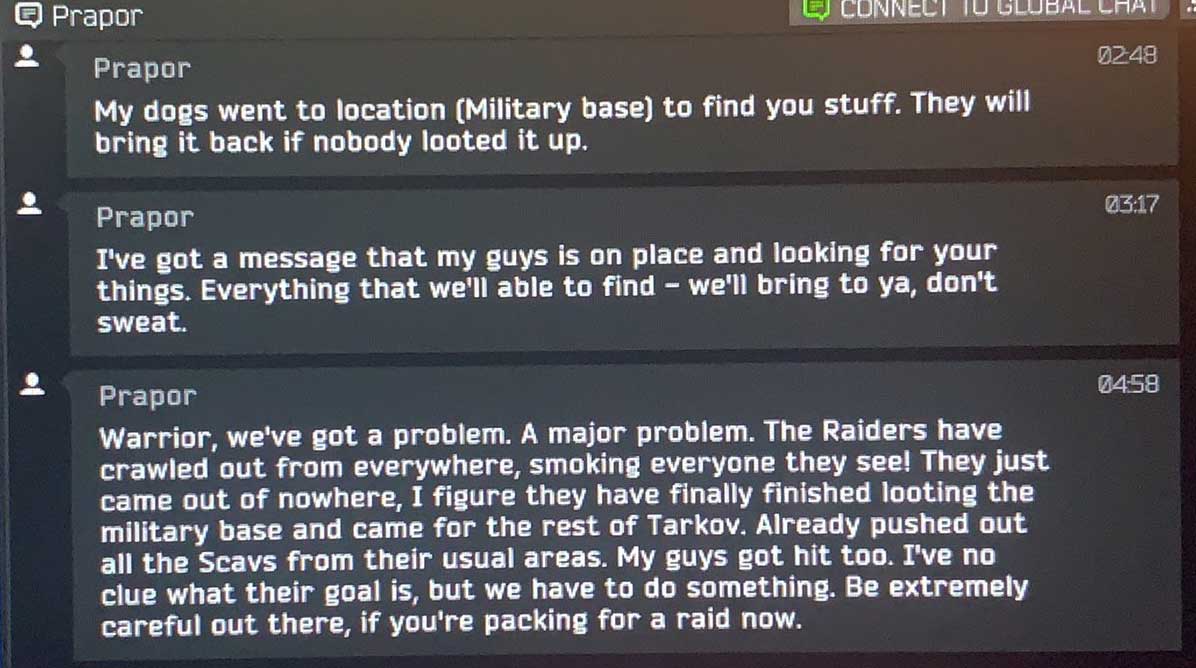 Raiders now occupy the radar, the resort, the bank, and the gas station. Only the shoreline is still occupied with normal Scavs.

In addition, the community believes that the wad of money in the picture is meant to be a reference to the SCAV / PMC $ 100,000 event.

Most users are pretty sure, however, that this message refers to the wipe. The day will have to tell whether a wipe will come today, or more likely on June 30th. We keep you up to date!