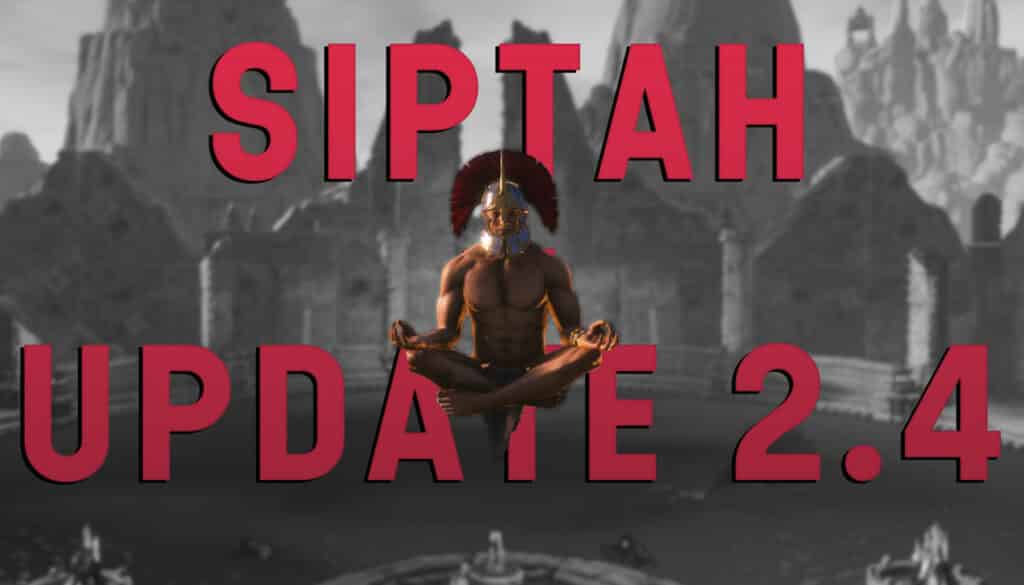 Conan Exiles: What Update 2.4 Brings to “Isle of Siptah” – Now on Console

The paid add-on “Isle of Siptah” for Conan Exiles got released yesterday and we have been invited by the developers to take a closer look at the 2.4 changes and to ask questions. Now the update is also available on console

The DLC at a Glance: Isle of Siptah, the first paid game pack for Conan Exiles, is out tomorrow after spending a few months in Steam’s Early Access. The developers invited us for a tour in which they showed us how they implemented the criticism from the players. The core elements of the addon are:

This is the island: The main focus of the add-on with the name Isle of Siptah is of course the eponymous island of Siptah. During the early access phase on Steam, developer Funcom received the toughest criticism for this.

The players felt that Siptah was too empty and too lonely. Many exiles are also confronted with the apparent compulsion to PvP. However, others complain that Isle of Siptah brings too much content and feels too big for an addon – crazy world.

You can find different biomes on the island, each harboring different opponents. But speaking of too big and empty, you can’t travel fast on Siptah. There are simply no obelisks that would allow that. So you have to travel the gigantic map on foot or with the mount.

You can always orient yourself at the Siptah tower. A huge monument in the middle of the map gives it its name. This also ensures the regular floods or “surges” that wash particularly strong thralls to Siptah. In Early Access, this storm was the only way you could get hold of slaves. — more on that later. These features are part of the add-on

This is new: The Conan Exiles addon Isle of Siptah brings even more innovations that you can try out. It should be said anyway that the DLC, which will be released on May 22, 2021, will bring a veritable truckload of new content and is almost as extensive as the base game: 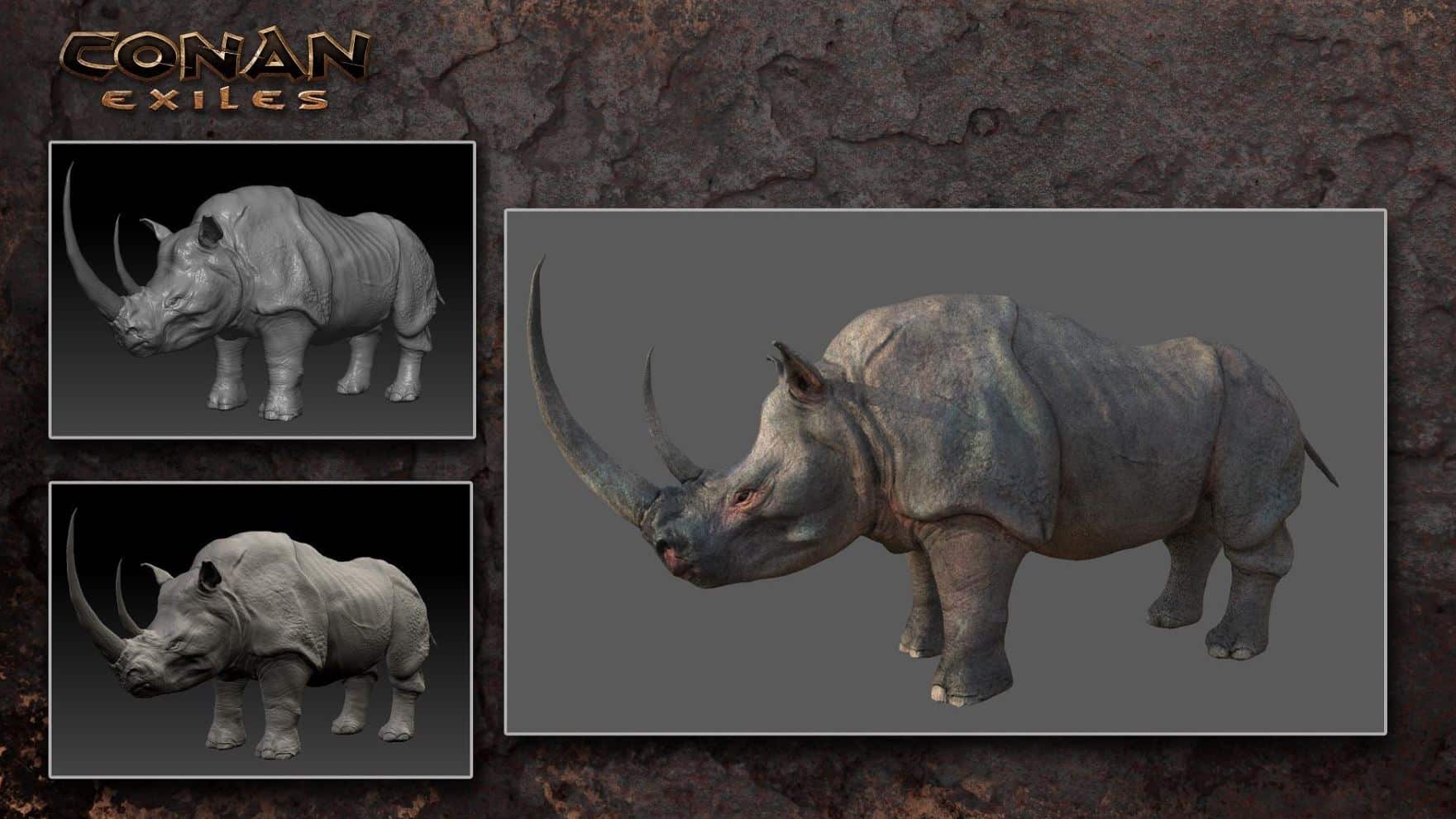 Now with camps: Update 2.4, which will appear together with the expansion on April 22nd, will change the island of Siptah significantly. The novelty that will please critics the most is the return of the camps.

A total of 3 factions are divided into 40 different camps. As in the basic game, you can steal slaves here, but also free them from cages. Still, the flood remains an important part of Siptah. However, the thralls that appear here are a lot stronger. Each faction also has the main camp that is far larger than the rest.

Graphic adjustments: Siptah will also be redesigned visually before it leaves Early Access. Among other things, the lighting mood, but also entire regions, are adapted. We were able to examine it live, we have corresponding pictures for you:

New god: The new god Zath is also part of update 2.4. This much too big spider serves as a walking trebuchet and is perfect for taking apart opposing bases.

It can spit poison that causes damage on impact but also leaves a poisonous puddle behind. Zath also shakes spider eggs from his back, which then land on the ground. Players or monsters that step in there let a small spider hatch. 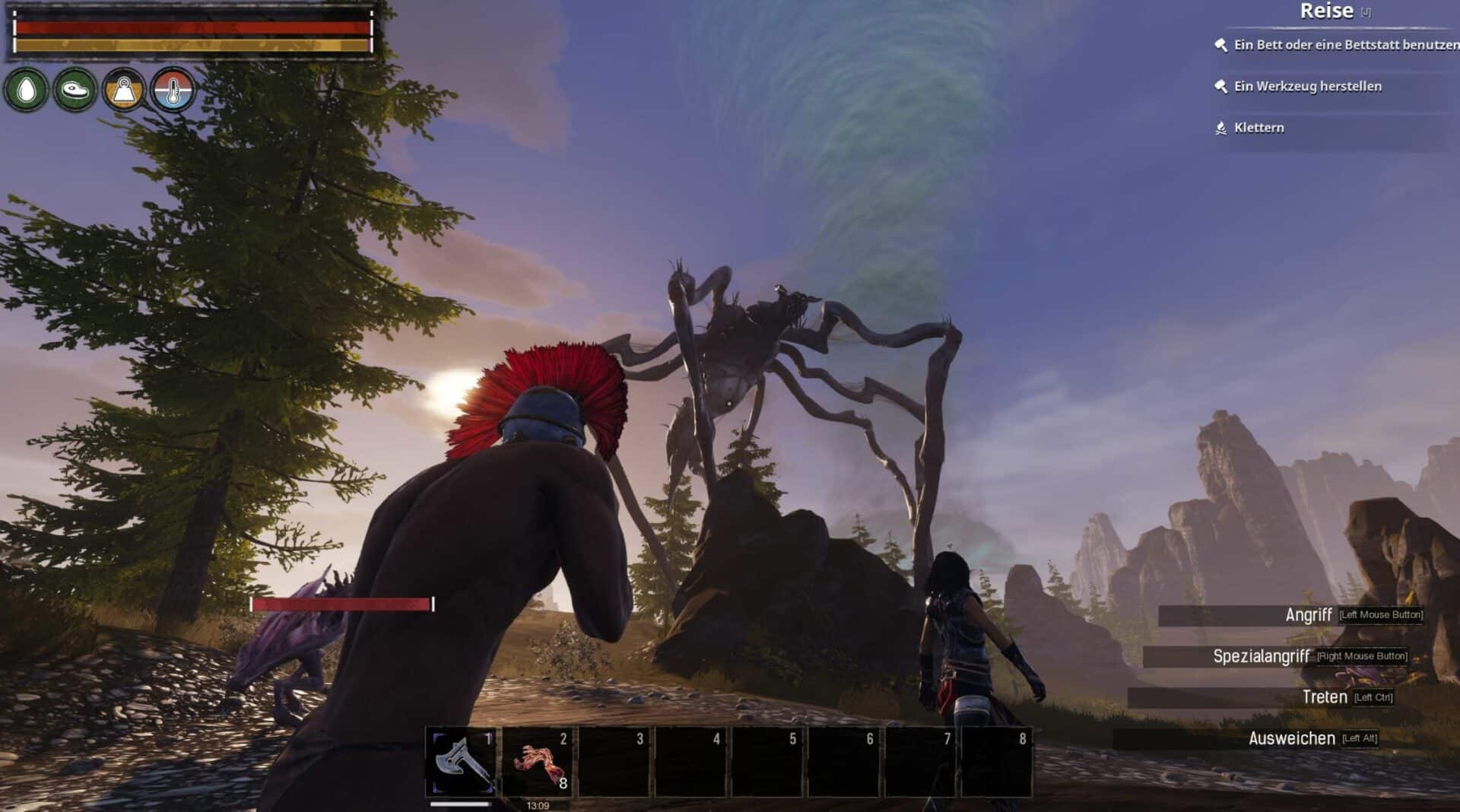 Our criticism was also implemented: Developer Funcom not only took the criticism of the players to heart, but also that of various online magazines, including ours.

One feature that gave us a tough headache is the character transfer. The idea behind it is that you can load your character and inventory from one server to another.

We were worried that players would rent a server on which they would drive the farm and XP rates all the way up, or even use admin commands for items to then play on official servers.