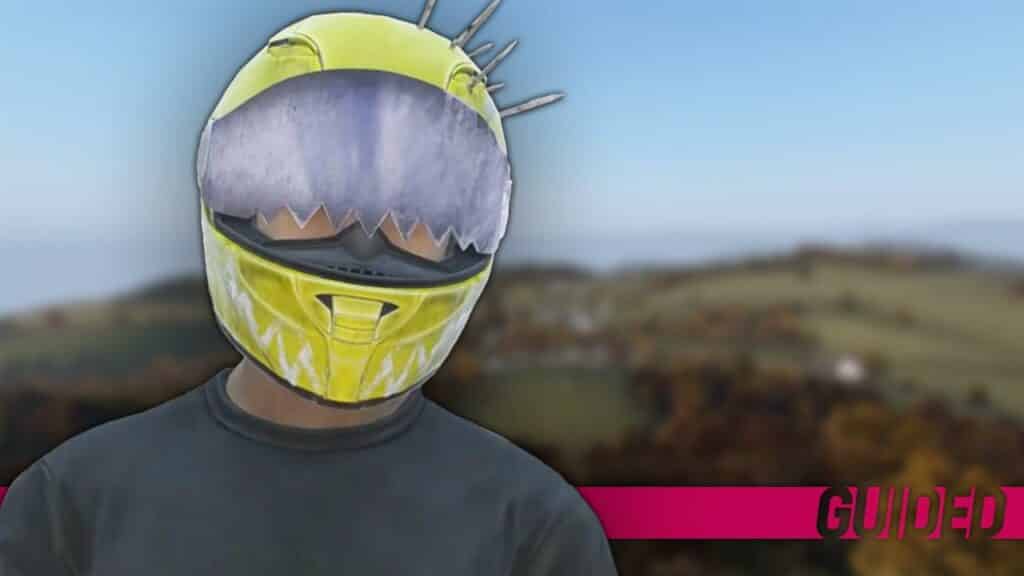 For two weeks now you can try out the DayZ Update 1.17 on the Experimental Servers, but did you notice a certain yellow item and have you heard of the Yellow King? We have found a hidden item in the current DayZ version that gives us hope for more story, more on that now!

What’s going on? In the current update, 1.17 of DayZ hides a secret item. Not really hidden, but not advertised anywhere. The developers have included a new helmet, which is the only piece of clothing in the game that you can also use as a weapon. But what makes it special is its origin, rarity and meaning!

Secret helmet of the Yellow King in DayZ – What does it mean?

What kind of helmet is it? The garment we are talking about here is a yellow battered motorcycle helmet. The color alone is unusual, because so far there are only green, black and gray helmets. That paired with the rest of the look makes one thing clear: this is the “crown” of the Yellow King.

Who is the Yellow King? The Yellow King is a character from the DayZ universe who has already appeared several times in small lore snippets, teaser images or trailers. However, it is not clear who is behind it. The developers will probably shed more and more light on that in the coming months — maybe even years. The upcoming DayZ movie could also take a closer look at the Yellow King and introduce him as a major antagonist.

The 1.17 update also brought adjustments to the Chernarus and Livonia maps. On Livonia, the developers added a castle that stands in the same place where the very first teaser for the Yellow King showed its home!

Until the helmet and the king are explained further, you can find the helmet in the game, wear it or even use it as a melee weapon. The helmet looks cool and is a good choice for head protection:

The values of the Yellow King helmet

As already mentioned, you can also use the Yello King’s helmet as a weapon. It does almost 15 life damage and 15 shock damage. So the helmet is about as strong as a kitchen knife. However, compared to other melee weapons, you can repair the Yellow King helmet with Duct-Tape.

What do you think? Do you think there’s a great story behind the helmet, or is it just decoration? And would you prefer the Yellow King helmet for the design alone? Share your opinion with us and the community in the comments, or join us at the following channels: