The full map of the survival-action RPG has apparently appeared in the Dying Light 2 subreddit. But the special thing about it is that there are many useful notes about the zones.

The upcoming survival-action RPG Dying Light 2 isn’t scheduled to be released until February 4th, and a full map of the game world already seems to be available. In the subreddit r/dyinglight, user Frataclause posted the map, which also contains many notes.

This is the Dying Light 2 map

Note: It is not known whether this map is the official version that was leaked or a fan fake. However, at first glance, it looks real. We won’t know more until February 4th. 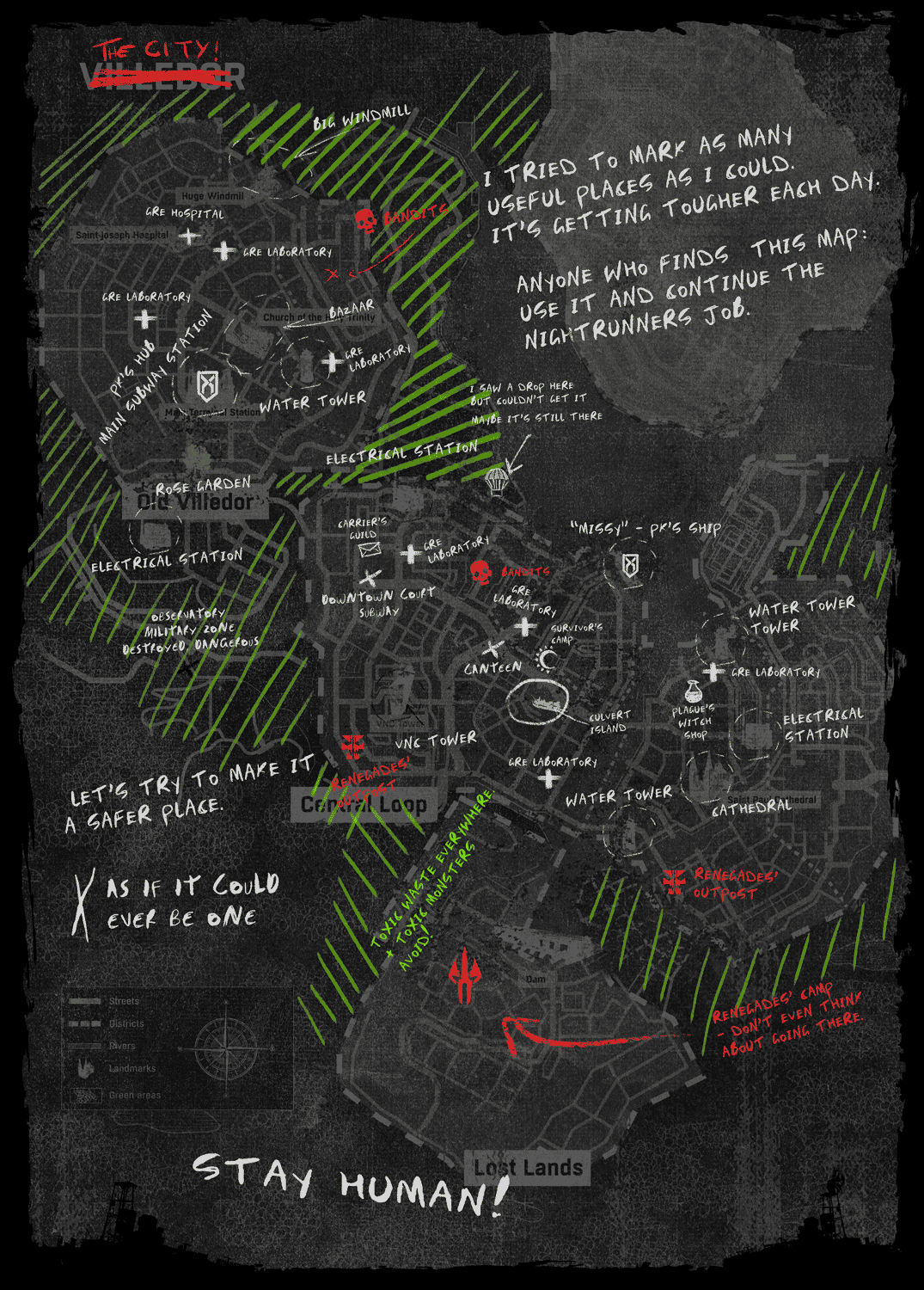 You can see that on the map: What should catch your eye on the map are the zones marked in green. These are probably poisonous areas that house strong poisonous creatures. It’s best to avoid these areas at first. You will also find the following markers and information on the map:

Is this really the complete map?

The map basically shows about 4 big districts connected by bridges and access roads. Three of them have already been explored, while the fourth in the top right appears to be uncharted territory.

These are the districts:

Whether this is actually the complete map, we do not believe. Depending on the decisions you make in the game, the map will change anyway. During the first presentation of Dying Light 2 a few years ago, you could already see how such a decision unlocks an entire district that would otherwise have remained flooded.

What do you think of this map, do you think it’s real? You will only find out more when it is released on February 4, 2022.

Dying Light 2: You Can Find The Most Tragic Ccene From The Trailer in Game

Dying Light 2: Help Juan or Matt? This Happens in Both Cases

Dying Light 2 Inhibitor: All locations on the map