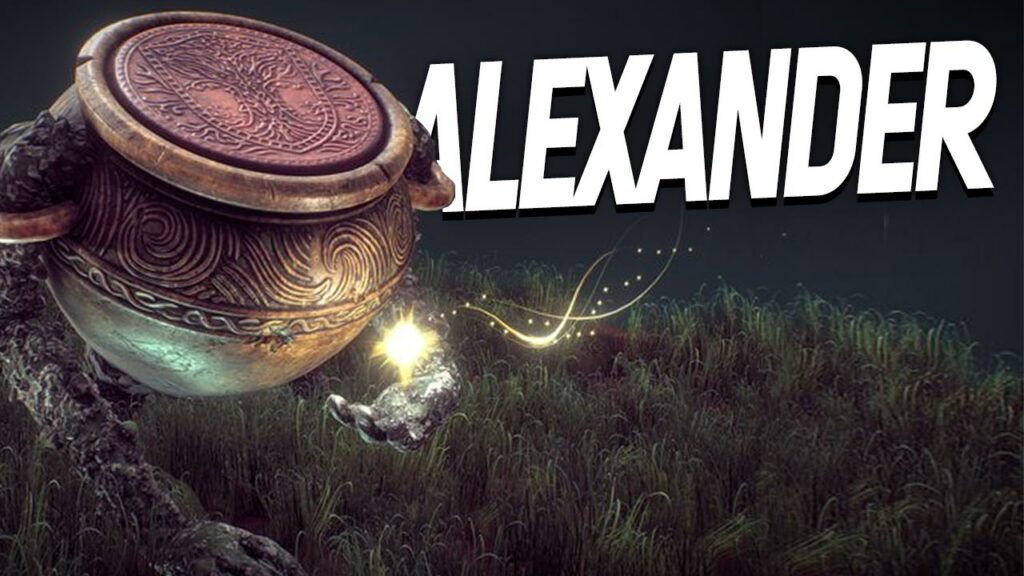 Elden Ring: Alexander Quest – How to Help this Potty Dude Out of its Misery

The interlands of Elden Ring are full of strange creatures that need the help of brave stained ones. One of them is Alexander, a large iron pot with arms that fans may remember from one of the RPG’s gameplay trailers. Now you can find out how to help the unfortunate NPC.

Who is Alexander? Alexander is a character you can meet in several places in the interlands, who asks you to help him out of his predicament – he’s stuck in the ground. The giant pot, who has two big arms but no face, also calls himself “Iron Fist” and travels the interlands to learn the art of war.

The Shard of Alexander – Long questline rewards with powerful talisman

Where can I find Alexander? If you are traveling in the Northern Storm Hills at the beginning of the game, you can hear Alexander’s cries for help near the Place of Mercy at Saintsbridge. If you speak to him, he will ask you to help him – because he is stuck in the ground.

To free Alexander, hit him on the back a few times with any weapon. Eventually, he will get up and thank you for your effort with a piece of Sublime Meat. He also tells you that he is heading to Caelid for General Radahn’s festival.

If you follow him, you can find him again near the Gael Tunnel. The tunnel stretches along the border between Caelid and Limgrave. Alexander is behind a door. Talk to him again before continuing to the festival at Redmane Castle.

Once there, you will meet Alexander again. Talk to him again. Later, you can meet him again south of the Carian Teaching Hall in Liurnia. Alexander has stuck here again, south of the place of mercy at the artist’s hut.

How to free Alexander a second time? This time, the game doesn’t make it quite as easy for you as the first time: to help Alexander, you need to make a pot of oil (requires Warrior Nomad’s Cookbook and Molten Mushroom) and cover him with the oil. After that, he can free himself.

The next time you find Alexander is near Mount Gelmir at a lava lake south of Fort Laiedd, talk to the pot a few times until he gives you a helmet. After that, you can leave for the last part of the quest series around Alexander.

The Grand Finale: Duel with Alexander

Once you have defeated the dragon, head to the northwestern area of the temple, where you will meet Alexander again at the elevator. Talk to him one last time so that he can challenge you to an honorable duel. If you defeat Alexander in the duel, you will receive Alexander’s entrails and the Shard of Alexander as a reward.

What’s so great about the Alexander Shard? The Shard of Alexander is a special talisman that gives your character a 15% damage bonus. So you’ll get a powerful accessory as a reward for your efforts, and you shouldn’t miss it.