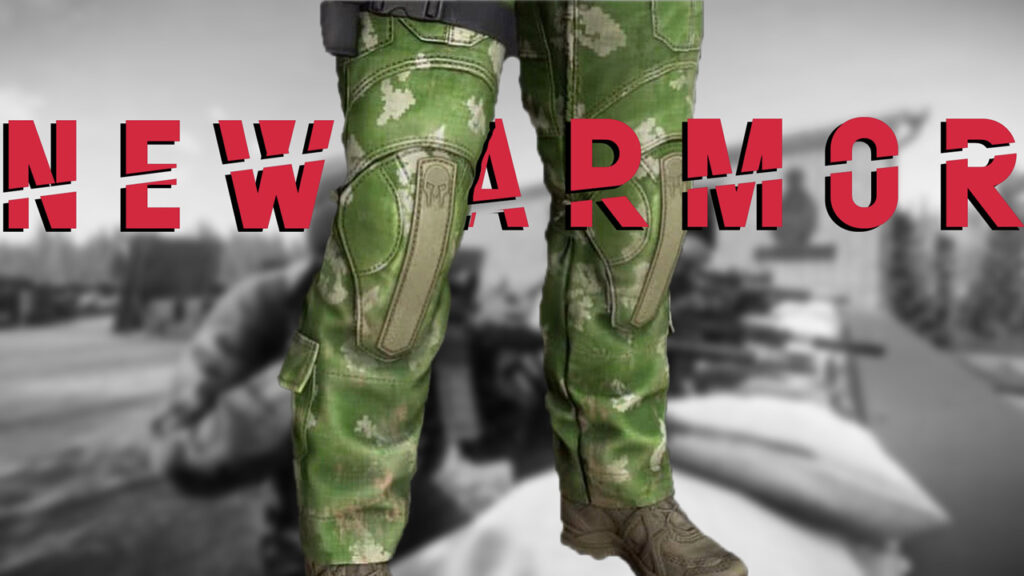 The developers of Escape From Tarkov shared pictures of the new leg armor, plate armor and other items of clothing a few hours ago.

This is coming: A few hours ago, some pictures of Escape From Tarkov were shared on Instagram and Twitter. These show new pieces of armor, jackets, hats, shoes, and more.

Is the leg armor finally coming in Tarkov? – end of the leg meta?

It was shown: The developer studio Battlestate Games today shared new pictures of upcoming content from Escape From Tarkov via social media. Among other things, a new armor for the upper body could be seen here. Other items of clothing were also presented.

Some fans also consider the green pants to be leg armor. Players have been waiting for what feels like an eternity for this. What this does should be clear. It protects the legs from bullets and shrapnel.

End of an era? Presumably, the green trousers are not armor, just a piece of clothing. But what if it was leg armor?

For a long time, players have relied on a meta from Tarkov. Either you carry armor-penetrating ammunition to shoot the head and body, or you use normal bullets.

These do less damage to armor, but can quickly become dangerous when placed on arms and legs. However, this meta becomes obsolete with the implementation of leg armor in Escape From Tarkov.

Back to the start: The developers do not reveal when exactly what is shown will be integrated into the game. But the Streets-Of-Tarkov update is coming soon.