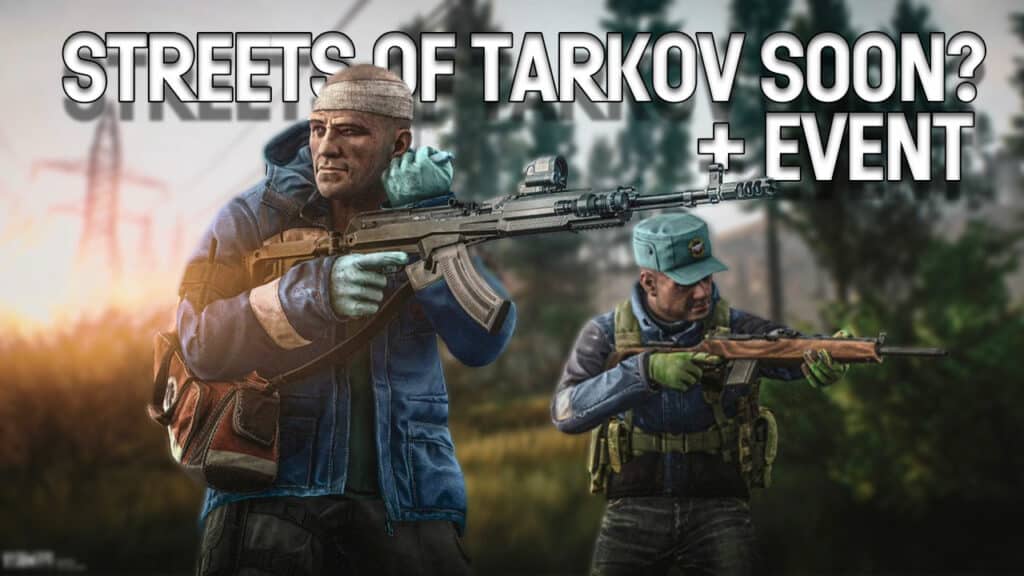 Battlestate Games is launching a new Escape from Tarkov event where you help Ryzhy take down Sanitar. Basically, this is a pure Sanitar farm, but it doesn’t bring much loot. There are also rumors that Streets of Tarkov will be released with the next patch. We have all the info for you!

Here’s what’s going on: Russian developer Battlestate Games has continued the story around Ryzhy with a video on YouTube. He has found letters that are not meant for him. Sanitar is not thrilled and is now on the hunt for him. This starts a new event in the game.

This is the Sanitar Event in Escape from Tarkov

The next event is a simple kill mission where you must help Ryzhy kill Sanitar and his troops. Sanitar spawns 100% on the Customs Map for the event period, and the Fortress in the south becomes a pure PVP battlefield during this time.

You will have to defeat Sanitar more often during the event period and with different weapons. For example, with grenades, grenade launchers, or in close combat. As a reward for the quests, you can get the following:

However, the community believes that there is more behind the event. This is because the names written in Sanitar’s letters are Discord names of real players who managed to solve the puzzle in the ARRS terminal. Since Sanitar has already been defeated (don’t worry, you can keep trying), the people on the hit list seem to be safe. Battlestate Games will probably follow up there and expand the event.

Streets of Tarkov Coming with the Next Patch?

There is a rumor in the Russian community that game director Nikita Buyanov has talked to various Russian streamers about Streets of Tarkov. He allegedly mentioned that Streets of Tarkov is finished and will be released with the next update.

Several streamers are telling the same story, and they don’t seem to be streamers known for untruths. The next major patch is expected around New Year, if not earlier.

However, since this information is not officially confirmed, you should treat it accordingly. As soon as we have more information about it, you’ll find out from us.