The Customs Map in Escape From Tarkov is one of the most played maps in the game. That’s why we want to show you everything you need to know about the map in this guide – really everything!

That has changed: Escape From Tarkov’s Map Customs is one of the most played maps in the tactical shooter for various reasons. This is mainly due to the mission structure of the game, which often sends you there at the beginning of a wipe. In addition, their varied terrain is also good for beginners to learn.

In this guide, we show you everything you need to know about the Tarkov Map Customs in 2021 (version 12.11).

What you should know: Even before you start your first raid on the Tarkov Customs map, you should consider some important information:

Here you start: Each map in Escape From Tarkov has different spawns, which can vary at each start. On the Tarkov Map Customs, you over all have 22 spawns. These are spread over the west and east of the map. So you never start in the middle of the map. The yellow arrows on the following picture represent the spawns. 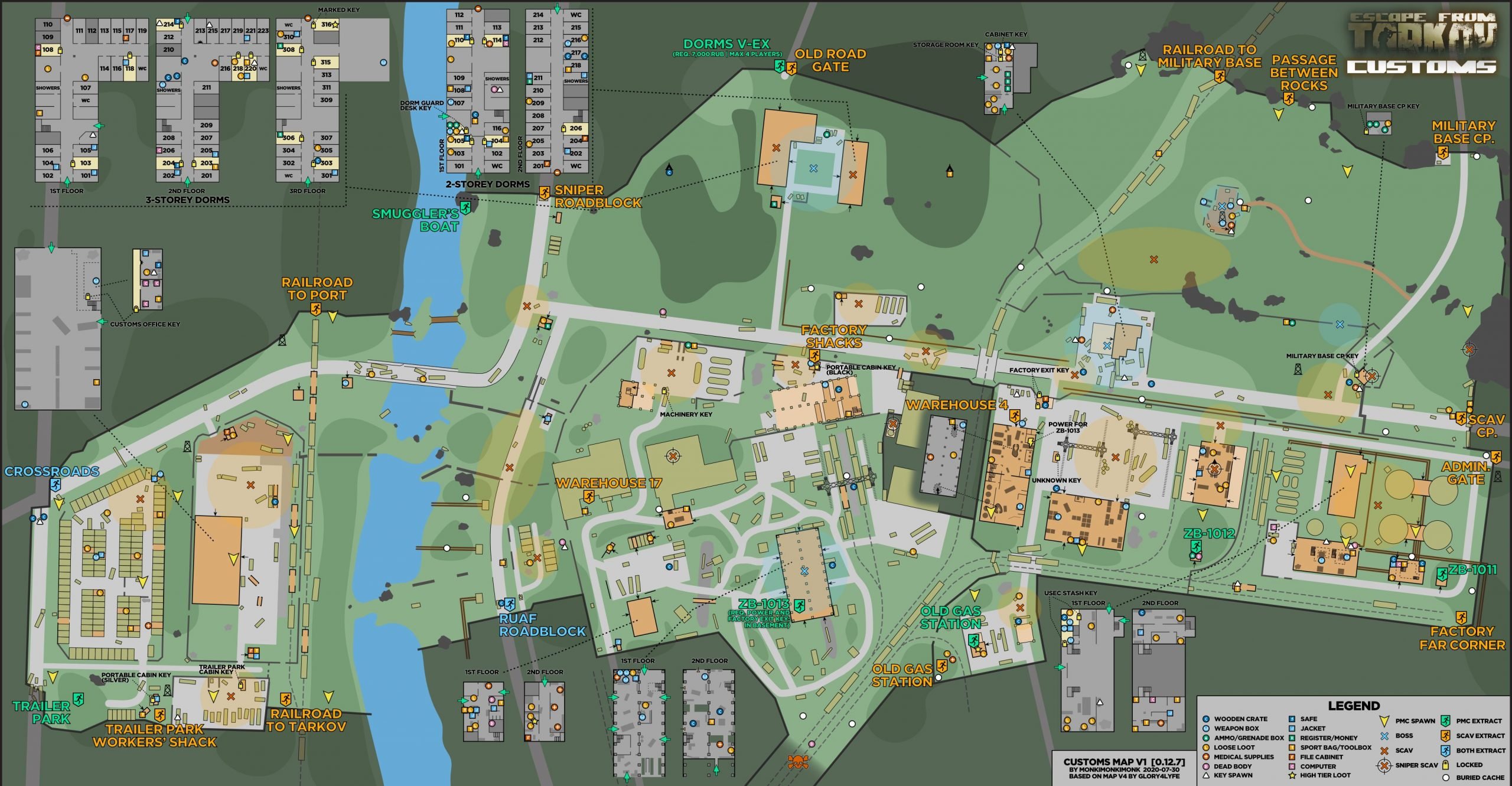 Orientation points on Customs: If you start between many small garages on a large truck yard with a red warehouse or directly in front of a river, then you are in the west of the map.

If, however, you only see trees, rocks, and meadows, you are in the north-east of Customs. If you start inside the factory premises, you should wake up in a hall or see nothing more than a few silos and brick buildings. You can use the following points of orientation:

Exits on Customs in Tarkov 2021 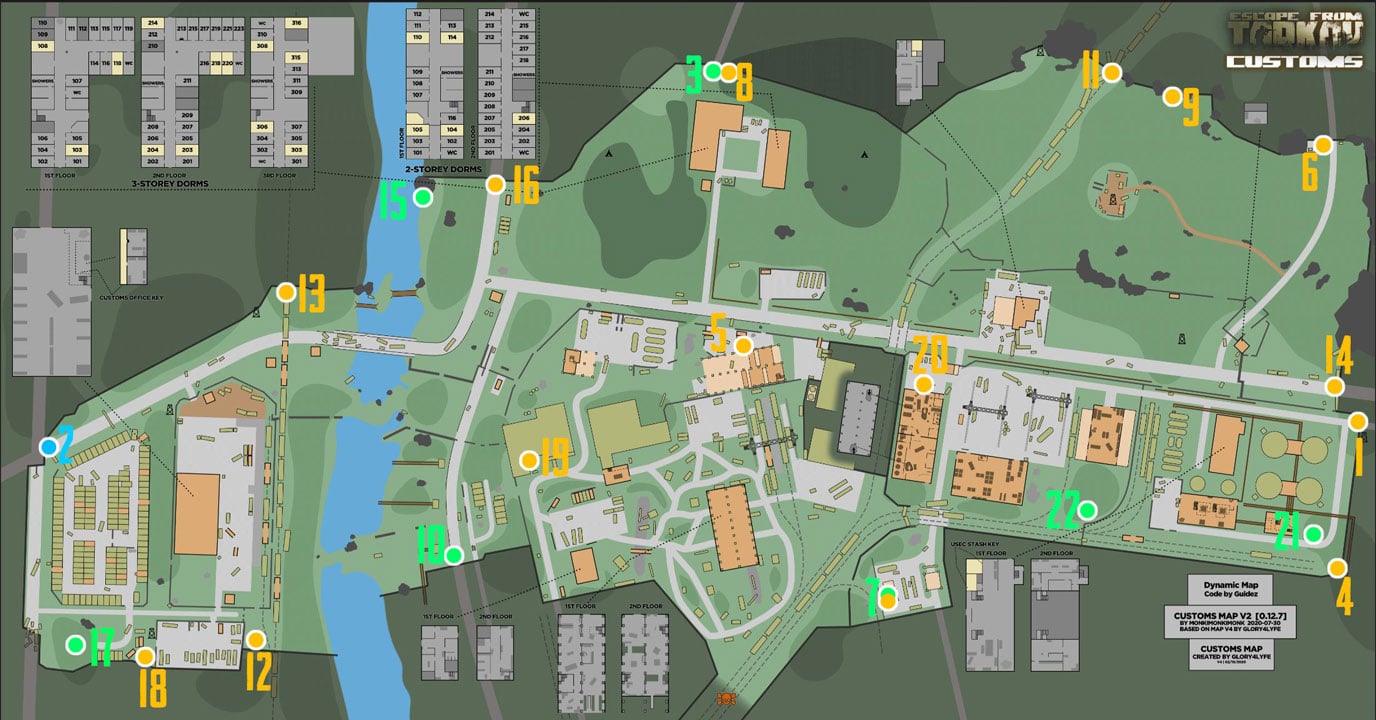 There’s awesome loot here: The Tarkov Map Customs is often referred to as a map on which there is hardly anything for players to get. However, we say this is nonsense. To prove that, you should research the following loot points: 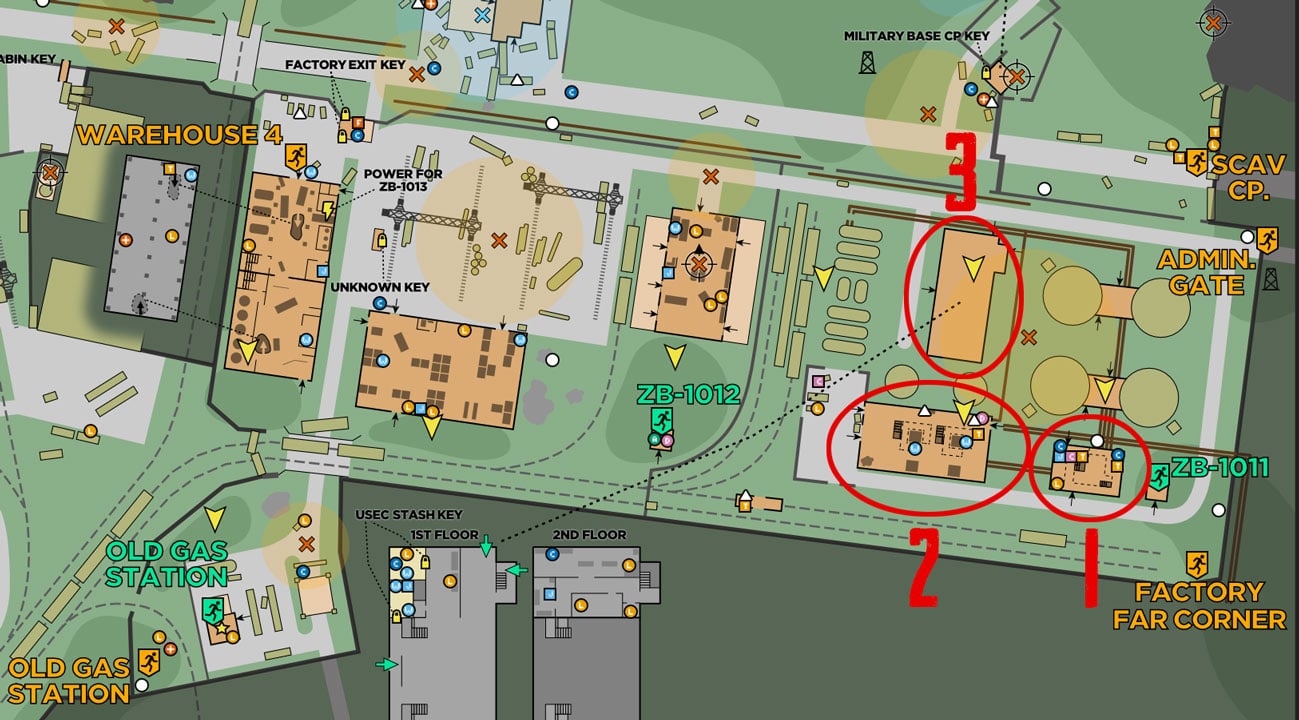 Where to find the stashes: Stashes are buried containers in which you can find good loot. That is why they are not easy to find and are sometimes hidden in bushes or in almost invisible places. 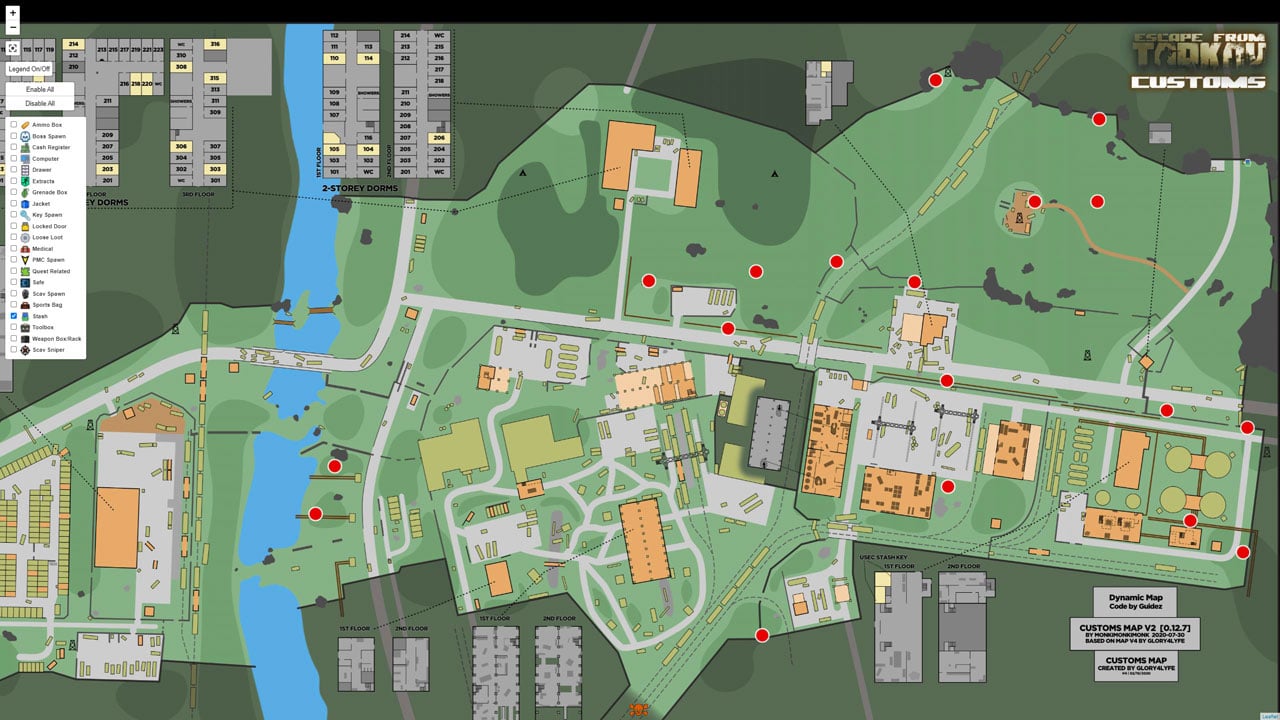 Tarkov Players Say Lighthouse is Unplayable as BEAR, But Why’s That?

Escape From Tarkov: This is What Colorful & Purple Names Mean

Escape from Tarkov: All Christmas tree locations for the event quest “To The Tree”

Escape from Tarkov Server Down: This is how long the maintenance work will take on December 25th