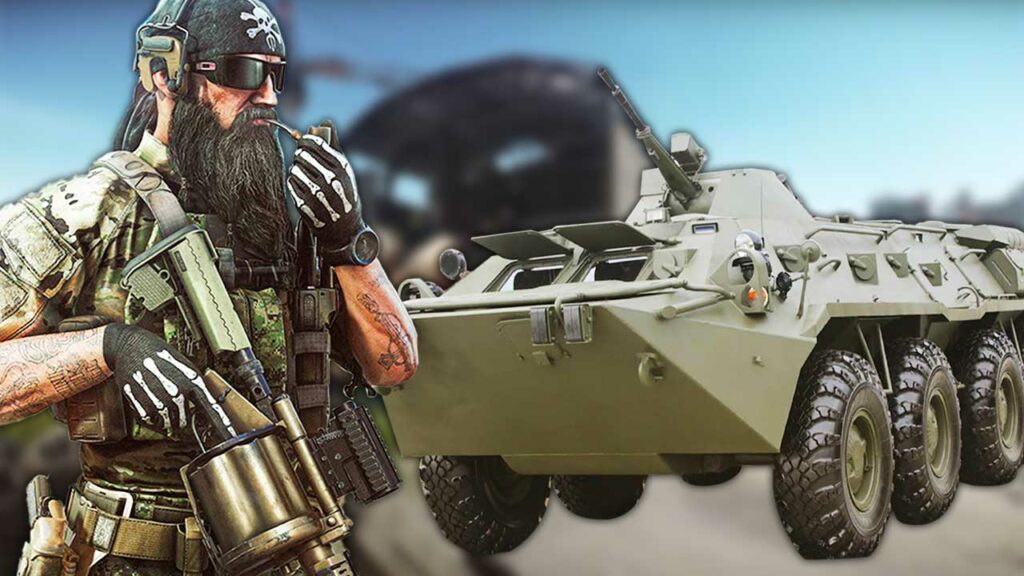 Escape from Tarkov: Vehicles are Coming & What You Need to Know

In Escape from Tarkov, you’ll stumble upon many vehicles, but you won’t be able to control them yourself, however you can already interact with two of the vehicles. More vehicles and anti-vehicle weapon systems are planned for the future. Below, we’ll tell you all the known details.

Why are vehicles an issue? Having more vehicles to interact with as a player changes a lot of things in an infantry-based shooter like Escape from Tarkov. We’ll explain to you now what areas more vehicles and the presumably planned changes to existing vehicles will bring.

Currently, only two types of vehicles that you can interact with are included in the game. These are the Armored Train on the Lighthouse and Reserve maps. As well as the truck that you can use for 5000 rubles on the maps Customs, Woods, Lighthouse and Interchange. Similarly, you can imagine the vehicles that will probably be implemented in the future. Probably there will be no self-driving vehicles.

BTR-80 APC on Streets of Tarkov

In the latest trailer of the map Streets of Tarkov we could already see another vehicle. A manned BTR-80 APC. This is supposed to be profitable for players, as a kind of armed cab. It will have various weapons, including a 30 mm machine gun or a heavy machine gun.

These weapons are also supposed to be controllable by the player, the former probably from inside the APC, while the latter is controlled directly by the player and can thus mean a quick death. Payment will probably be similar to how it is with the current vehicles. If you have enough rubles (or dollars/euros, as the case may be) in your pocket, you will have to hand them over and then you will be able to interact with the vehicle.

Changes to the currently known vehicles

The currently known vehicles will probably also receive some changes in the course of development for the full release. It is conceivable that the “Armored Train” will also get a usable armament. This will then be used to defend itself during transport to the next map. The same could happen to the various “V-Ex” exits, which will also get weapons for defense this way.

But why is this necessary? For the future of Escape from Tarkov, the map structure is supposed to change. This will hide access points to certain other maps, such as labs on other maps. Or you’ll have to enter a map, make it to the other side, and then get to the next map. This, of course, changes a lot of the spawns and exits, so it may be important to be able to protect yourself properly when transitioning to a new map.

How you can fight off the BTR and other vehicles

With the implementation of more vehicles and the addition of armament, it is of course necessary to include appropriate anti-vehicle weapons. For this, there are already some teasers in approaches that can be found in the game, pictures on Instagram or trailers. In addition to the already known grenade launchers, this also includes rocket launchers and even placeable mines. Therefore, here is a small list of possible anti-vehicle weapons.

The grenade launchers are different weapons or weapon upgrades that allow you to shoot grenades. Depending on the grenade, a different effect is possible with them, but it probably won’t be possible to completely take out armored vehicles with grenades.

Even though all launchers can be equipped with different missiles, presumably in Escape from Tarkov each launcher will have its own area in which it is good. From destroying vehicles to destroying walls, to simply fighting infantry. Currently, however, only one launcher is planned for multiple uses, the RPG-7.

It is not yet known which mines and explosives will make it to Tarkov. There are single images of an anti-tank mine and a claymore. Also, in a trailer, you could see a mine that automatically set up tripwires. Claymores will probably not detonate automatically, though, but are to be detonated by the player. There is no exact information about this yet.

Presumably, the release of the Streets of Tarkov map and the implementation of the aforementioned vehicles and weapons will change things in Tarkov. We are looking forward to the future and will inform you about all news!