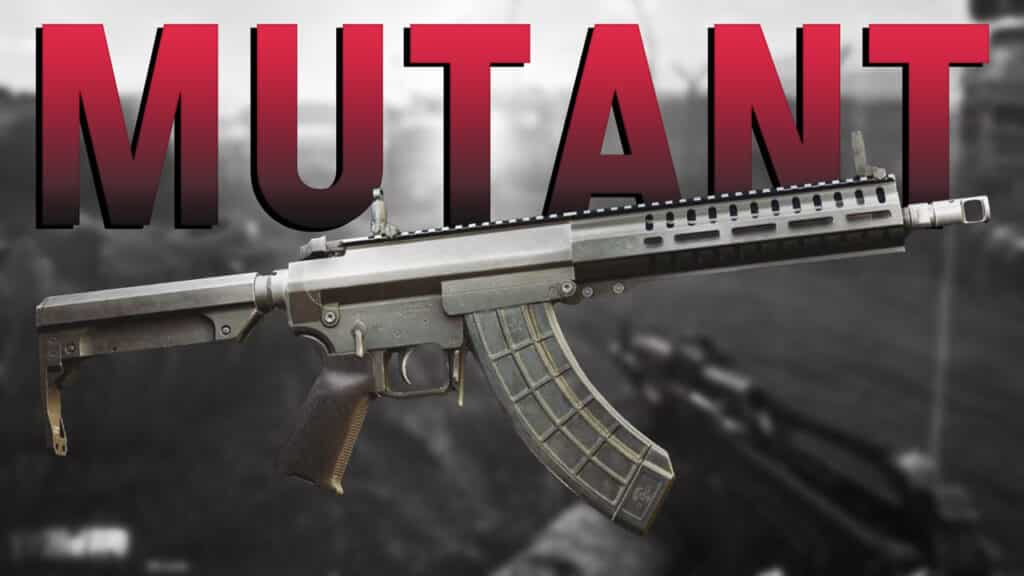 Once again, the developers of Escape From Tarkov present a new weapon that will soon rule the city as a mutant. You can now find out what is behind the designation SR-47.

New weapon in the arsenal: A new weapon for the survival shooter Escape From Tarkov, also known colloquially as the SR-47 Mutant, was presented via Instagram. And the rifle is proud of this name. But first of all, let’s talk about this new beast!

What was shown: Some new images were shared on social media showing a new weapon for Escape From Tarkov. Of course, gun freaks immediately recognized what this deformed looking weapon must be. Well, the description text may on Instagram just gave it away too, but we’ll ignore that for dramatic reasons!

The SR-47 “Mutant” is now expected to be implemented in Tarkov soon. This weapon is a mix of the AR-15 and AK-47. It thus combines the two most common and most reliable weapon systems in the world – a beast.

History of the weapon: The SR-47 or MK-47 (similar models) was specially manufactured for the conditions of US special forces. On long missions abroad, they often found ammunition of the 7.62×39 mm type. This is due to the widespread use of the caliber.

On these missions, however, the US soldiers often ran out of their own 5.56×45 mm ammunition or the rounds were difficult to obtain. To solve this problem, an AR-15 or M4 was modified so that it could load 30- and 100-round magazines from the AK-47. For this purpose, another company developed a more stable interior of the weapon.

Release: Now the SR-47 Mutant appears in Escape From Tarkov and the fans are over the moon. How well the weapon will perform remains to be seen, as there is no date for its introduction yet.