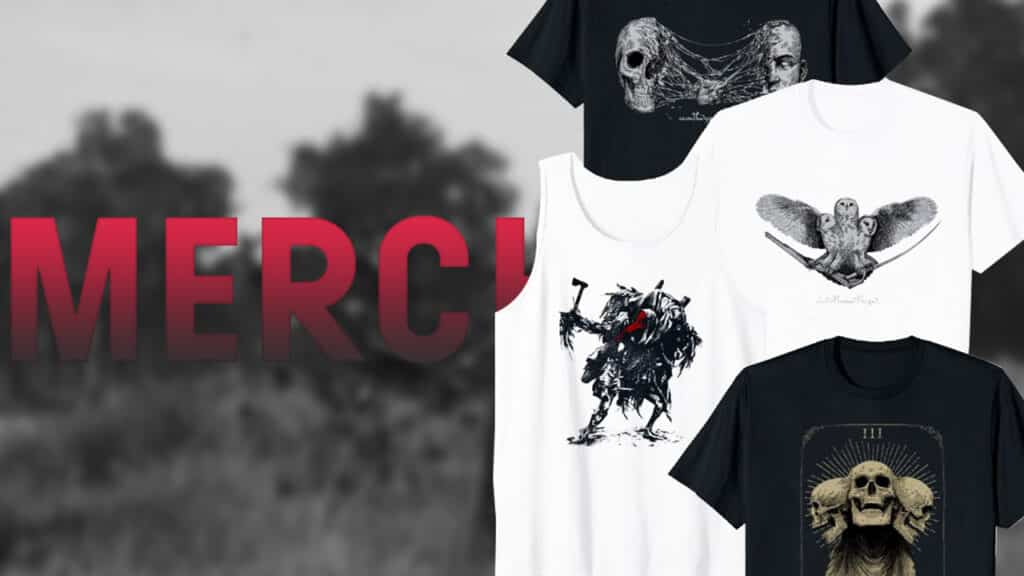 The horror shooter Hunt Showdown now has its own fan merch. You can now find out what is behind it and how cool it really is.

Fans buy this! Developer Crytek announced a few minutes ago that Hunt Showdown now has merch clothing. You can of course buy that right away. But the question that most people ask themselves is: How cool does it actually look?

This is the Hunt Showdown Merch – is it worth it?

Just from the press: A few minutes ago it was announced that there was new merch for Hunt Showdown in the Amazon Crytek store. The last time there was anything about this was around Christmas. There were really chic knitted Christmas sweaters. But now the Merchtrain is returning and bringing new T-shirts, tank tops and sweaters with it.

How does it look like? You can discover different motifs on the shirts and sweaters. On the one hand there are some cool motifs that were used for the traits and on the other hand the new boss Scrapbeak has smuggled his way onto the Hunt Showdown merch. Here is a list:

You can buy it here: If you like the design of one of these items of clothing, you can buy it from now on. Several links for many countries have been made available on Twitter for this purpose.

This is what the fans think: In forums and on Twitter itself, many voices spoke up shortly after the post. Some think the clothes are just cool, others would like more motifs.

But we are on the side of the user Dr. Parabull-A, who prefers beautifully crafted 3-D figures of the various Hunt Showdown bosses as merch instead of pieces of clothing. So dear Crytek team, you know what to do to make the fans want to access.

can you guys make some 3d figurines of the bounty bosses?