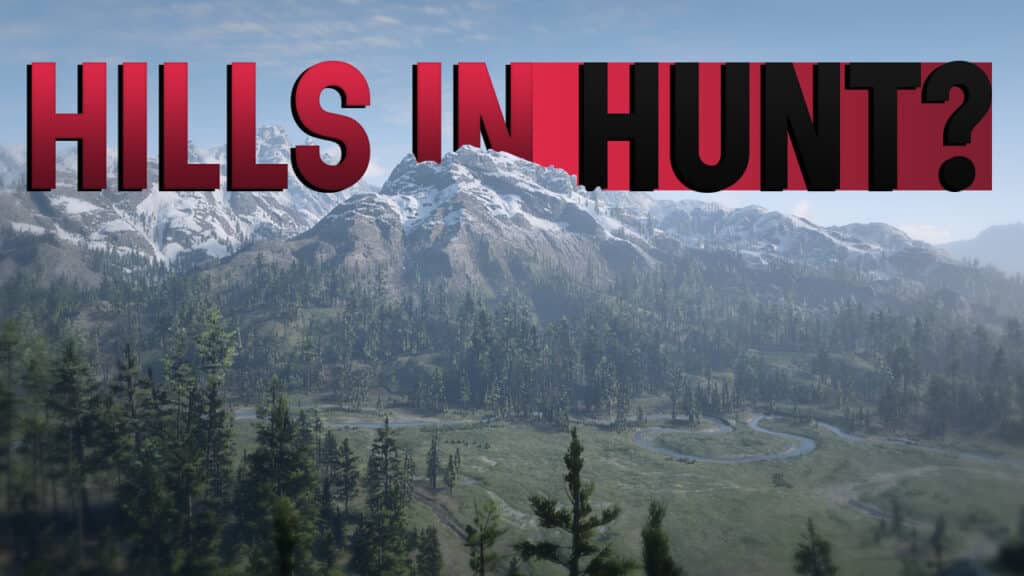 Mountains and Autumn Vibes on the New Hunt Showdown Map

There is great news about the new and third Hunt Showdown Map, for the first time there is an image of the map, rendered in color and with cool features.

The developer agrees: It appears that the company discovered color photography in Hunt Showdown. For the first time, there is a real screenshot from the new Hunt Map. Some interesting features can be seen in the background!

Autumn vacation in the mountains, or just a facade for the map?

First real picture: For months, Crytek only shared Wild West-style sepia pictures of the upcoming map. They once showed an old iron or coal mine, then a manor with a plantation as well as a quarry, and then there was even a short trailer. But even that did not include a single clear view of the map.

Now there is a real screenshot, which not only shows a new location. It’s called “Ash Creek Lumber” and is a sawmill with a railway connection. The building in the center differs from most of the houses in Hunt thanks to its rounded roof. But that’s not the interesting thing here.

What strikes us: How could it be otherwise, is the sawmill in the middle or at least on the edge of a forest. In contrast to the two existing Hunt Showdown Maps, the trees here are colored in autumnal orange tones and not summery lush green.

So is the new map set in a different season, and could that have something to do with the lore? It remains to be seen whether it is like that or was made as a purely stylistic decision.

On and next to the lumber mill in the forest, we can see hills and small slopes. In fact, the new Hunt Showdown map appears to have become more vertical. We have explained why verticality is so important in Hunt Showdown. And hanging out is not enough.

Off to the mountains? Let’s take a look into the distance. There really are mountains! Fighting on them would be a great scenario. Unfortunately, we don’t believe that we, as players, will ever be able to enter that.

Even from a distance, they look rather sparse and poor in detail, so that they probably serve as purely decorative elements. A kind of map border, perhaps, a change from the uncreative fences that Crytek usually uses as a barrier at every possible corner.

The hope remains: We are definitely looking forward to the new Hunt Showdown Map, which should appear in the coming weeks and months. Unfortunately, there is no exact date for the release.