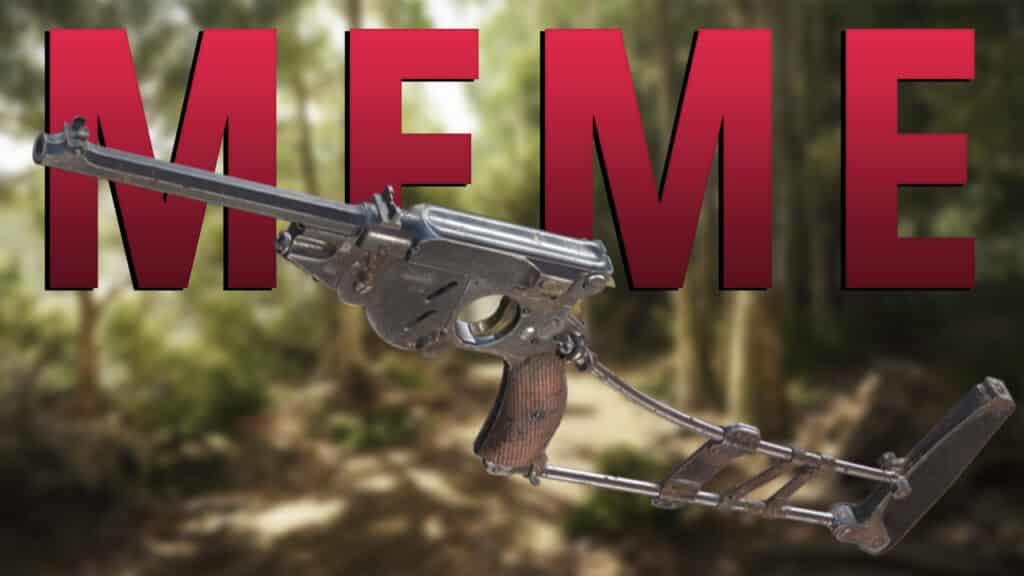 Every player in Hunt Showdown has their own favorite weapon, but the Bornheim will probably not find a place anywhere, except as a meme.

“Bornheim is scrap”: A funny clip is currently circulating on Reddit from a gameplay played with Bornheim Match. The comments quickly make it clear: this weapon is nothing but a joke. But not everyone agrees.

That’s why Bornheim has become a meme in Hunt

Funny video: The Reddit post shows a player playing the Bornheim Match. He reads from the description of the weapon again and again and makes it clear that it is not entirely accurate. In this way, it should be able to reliably deal with its victims over long distances.

When the player hits an enemy hunter in the head over a distance of around 50 meters and he does not tip over, that is proof enough. After he emphasizes “reliable” again, we see a clip that hits the head from just 10 meters. Here, too, there is no dead person. The result of the attempt to play this weapon failed with the conclusion: “Are you serious?”

That’s why nobody plays the Bornheim Match in Hunt!

All of this ensures that nobody wants to go to the Bornheim Match in Hunt Showdown. It would be easy to make the weapon palatable. Increase the ammunition by 5 bullets and lower the price by at least $100, even better, $120. Fans of the Nagant Carbine would already have a good alternative at hand.

This is what the community thinks: In the Hunt Showdown subreddit, many players advise not to touch the weapon in the first place. With 3 hits in the torso for a kill, she would underperform with 5 bullets. Meanwhile, you can take down a player with 2 hits from a Dagger 96, almost 10 bullets. Admittedly, it is a bit more expensive, but still a thorn in the side of the players.

What do you think? How do you feel about the Bornheim Match in Hunt Showdown, is it really as bad as everyone says, or is it maybe your secret favorite? Let us know what you think by simply leaving a comment.