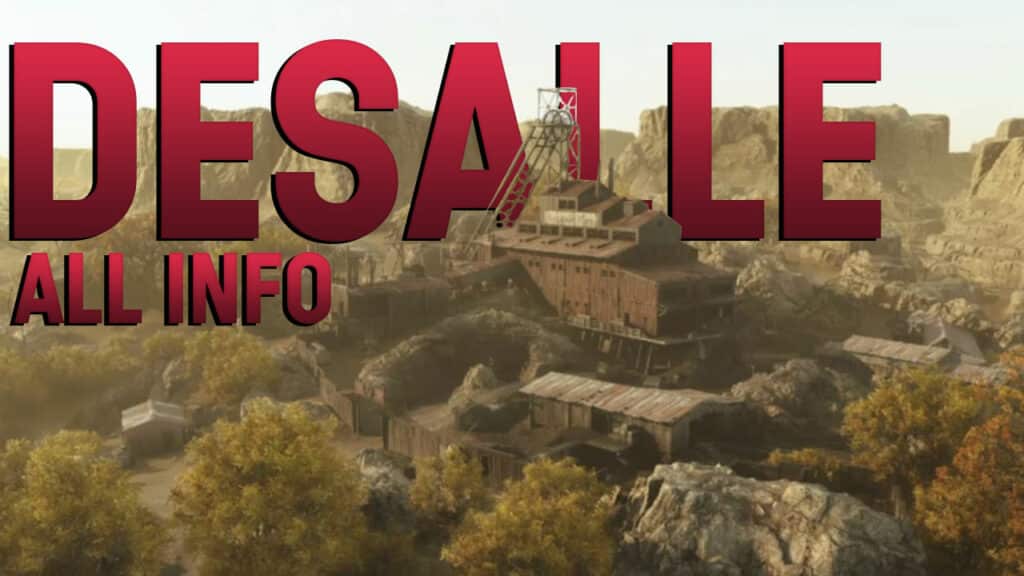 In another dev stream today, the developers of Hunt Showdown showed a new trailer, pictures and lots of new information about the new map DeSalle.

New map is here: Crytek has presented the new DeSalle map with all the needed information in a developer Live stream. There is also a new trailer, and you can now play the map on the test servers.

What’s new: As we reported before, the DeSalle map is more vertical than the other two maps. Now we have seen the map from above for the first time. This also confirms the leak from a few years ago. Back then, the community called the map “Creek”.

The layout is simple. In the middle, there is an island surrounded by many rivers. There are no bigger bodies of water. The developers decided against it because they felt water is not a good place to play Hunt.

One of the coolest features on the new DeSalle Hunt map is the big western town. A river divides the city, DeSalle in two. The southern part is very run down compared to the north. It is also more reminiscent of a classic western town.

The north is very reminiscent of Saint Denis from Red Dead Redemption 2. Clean paved streets, stone houses, and even a bank. So that there is no camper binge, not all buildings are accessible.

The developers have already shared this location once. A large plantation with a manor house. There are also a few workers’ houses and a hedge maze.

A large wooden fort that is also divided into two parts. Players can walk the entire wall. There is a large tower in the middle. 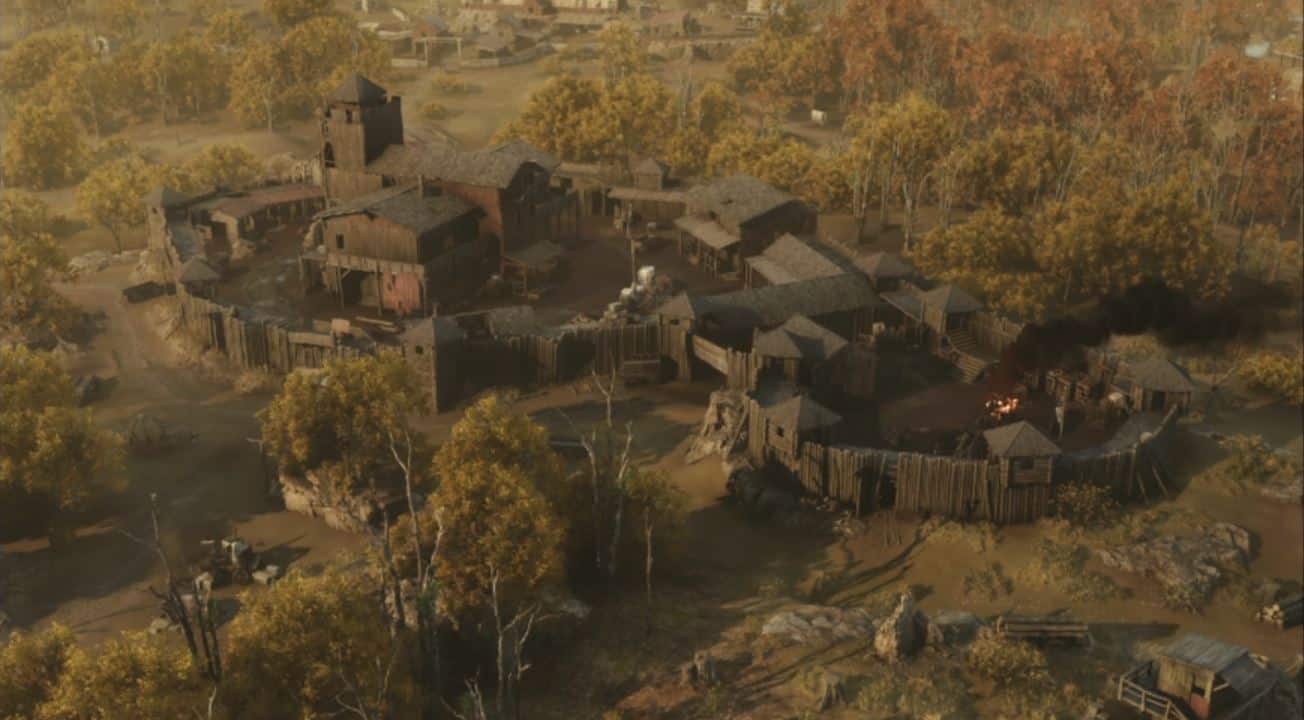 Located on a mountain, there are few entrances to the prison. The Pelican Island Prison on DeSalle is inspired by Alcatraz. 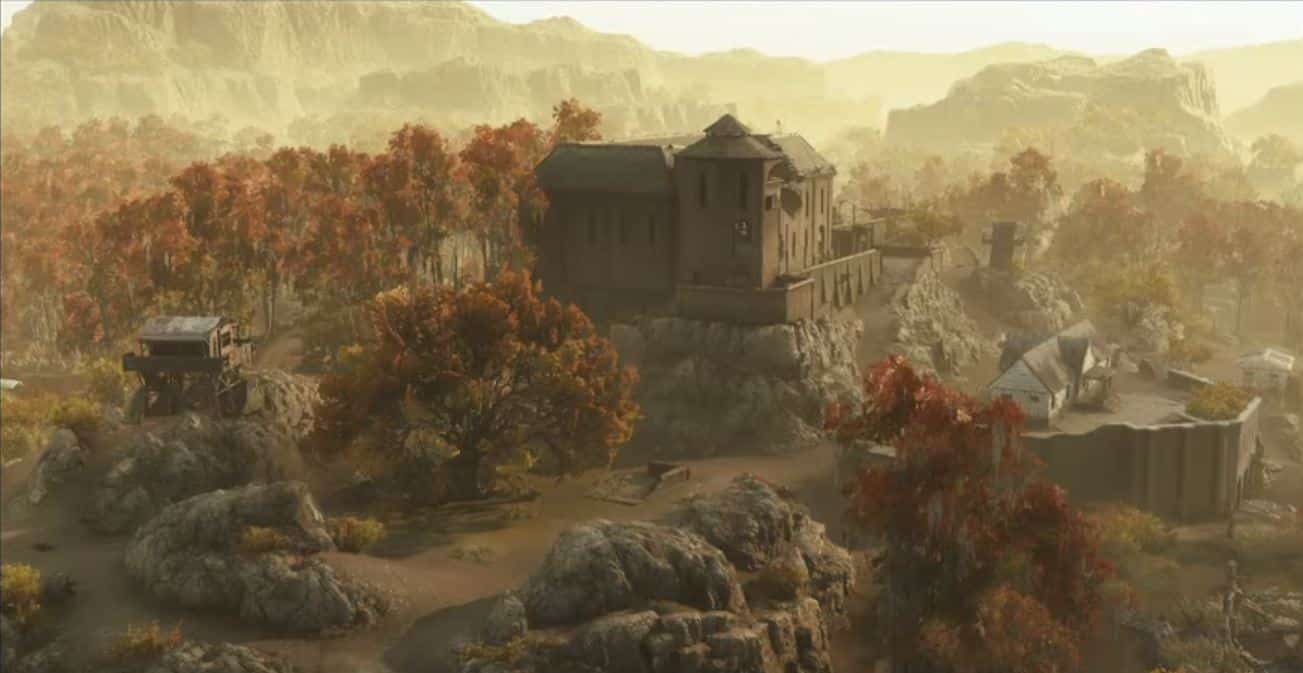 A small church painted in black. The model appears to be the same that was used for the Church of the Madonna on the first bayou map.

A farm that consists of several buildings. There are some fields in the back and many chicken coops inside. 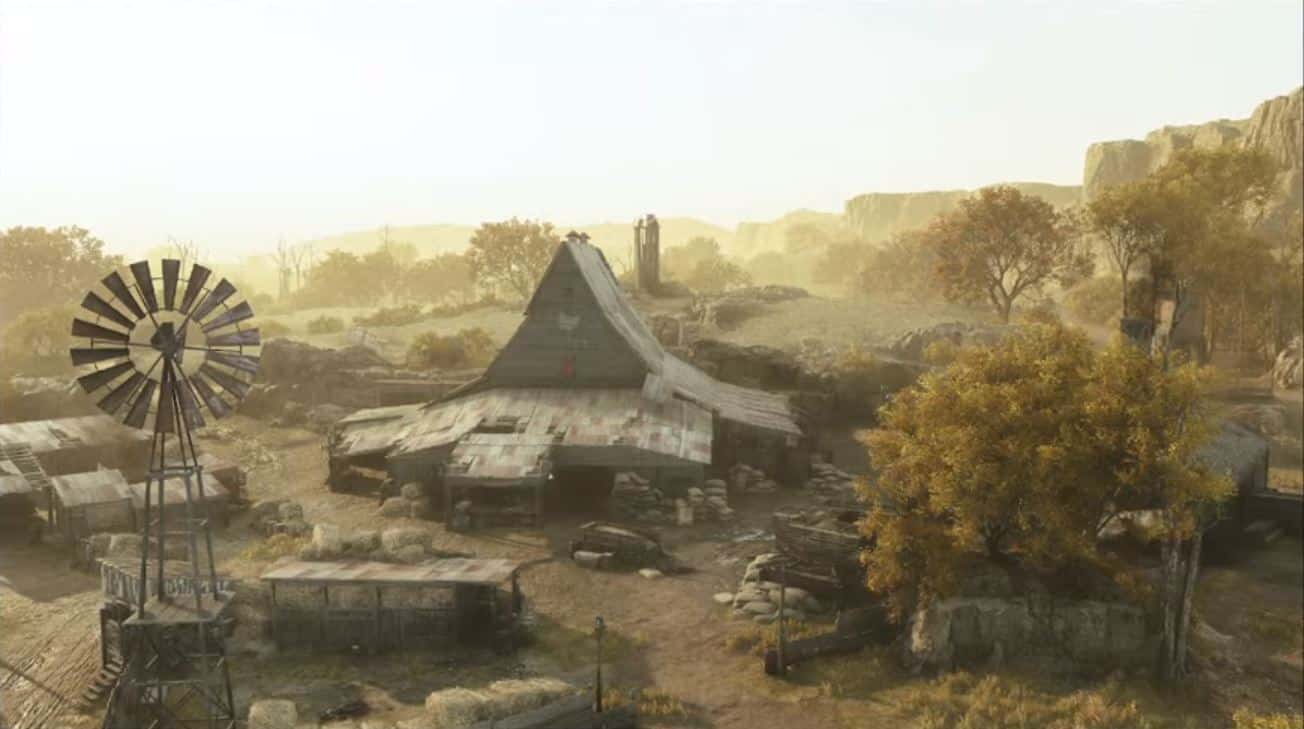 “Fun” used to be capitalized on this farm. It is festively decorated and has a large barn in the middle. 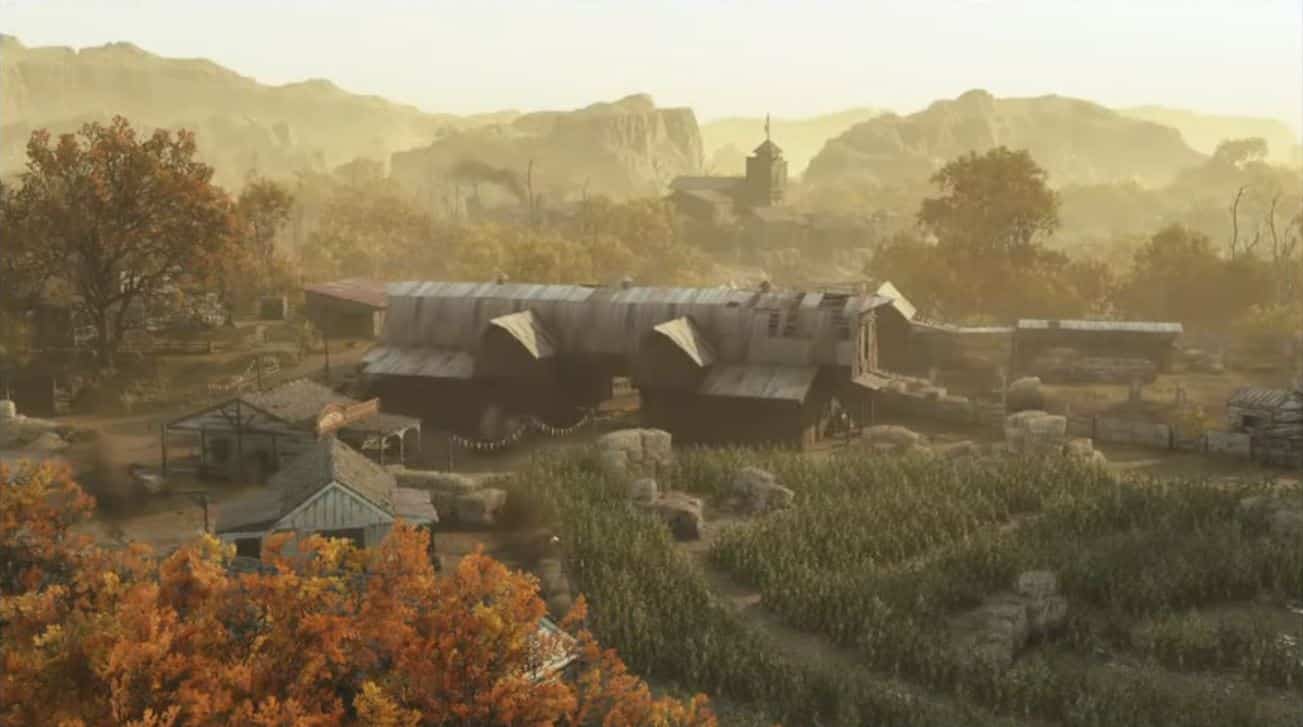 A large pigsty, which is not very different from the known compounds of the other maps.

This mine complex is one of the most vertical compounds. From underground to roof levels, you can explore everything here. This compound represents an industrial fishery. Everywhere, pipes connect the basins in which fish were kept en masse. The fishery is also right on one of DeSalle’s many rivers.

Here hard-working workers loaded trains, transported coal and burned it. The chimneys, always smoke. They only serve a cosmetic purpose.

We have already been able to marvel at this compound. Compared to the other maps that have a sawmill on, this one is gigantic. 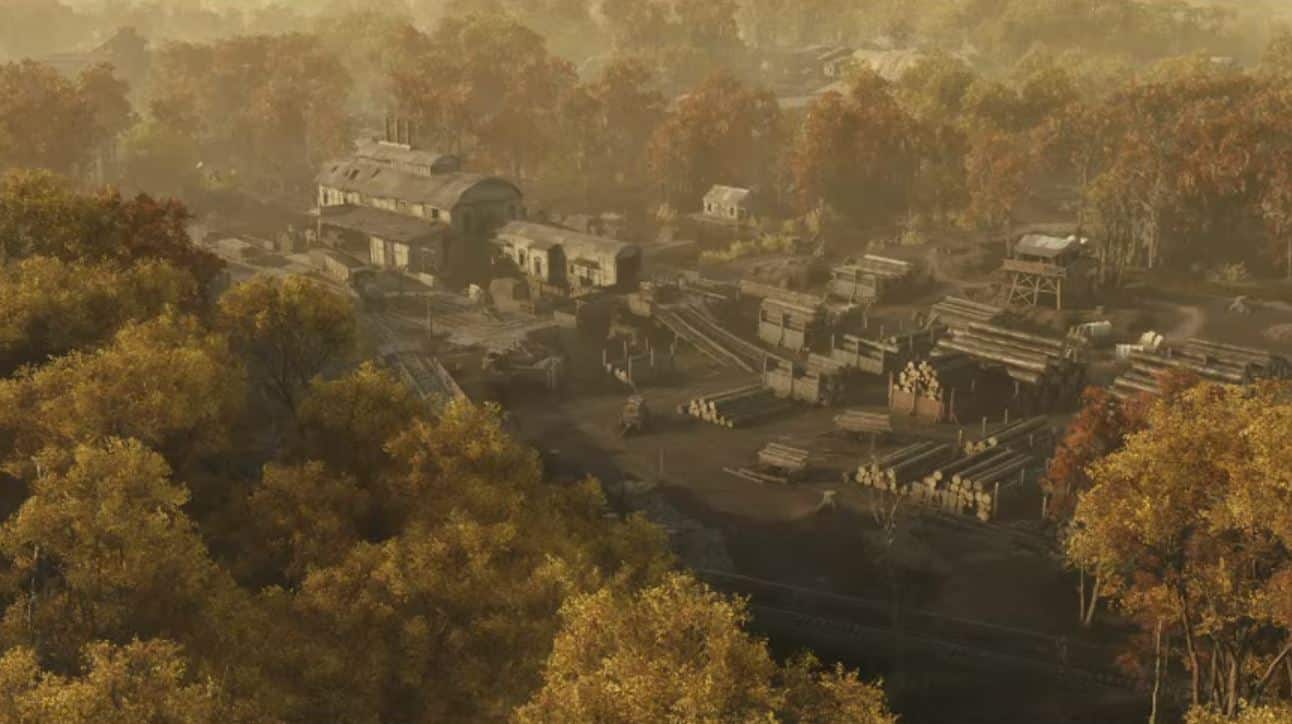 For the first time in Hunt Showdown, there’s a shipyard. This is located directly at the mouth of a river. In addition, the surrounding hills serve as a good lookout. In the large hall of the shipyard you will also find a half-finished steamship.

A small stone mill that takes up little space on the map. Once again, the verticality compensates for this supposed shortcoming.

Criss-crossed by ditches and divided by stone bearings. This quarry offers many opportunities for secret or loud rushes. 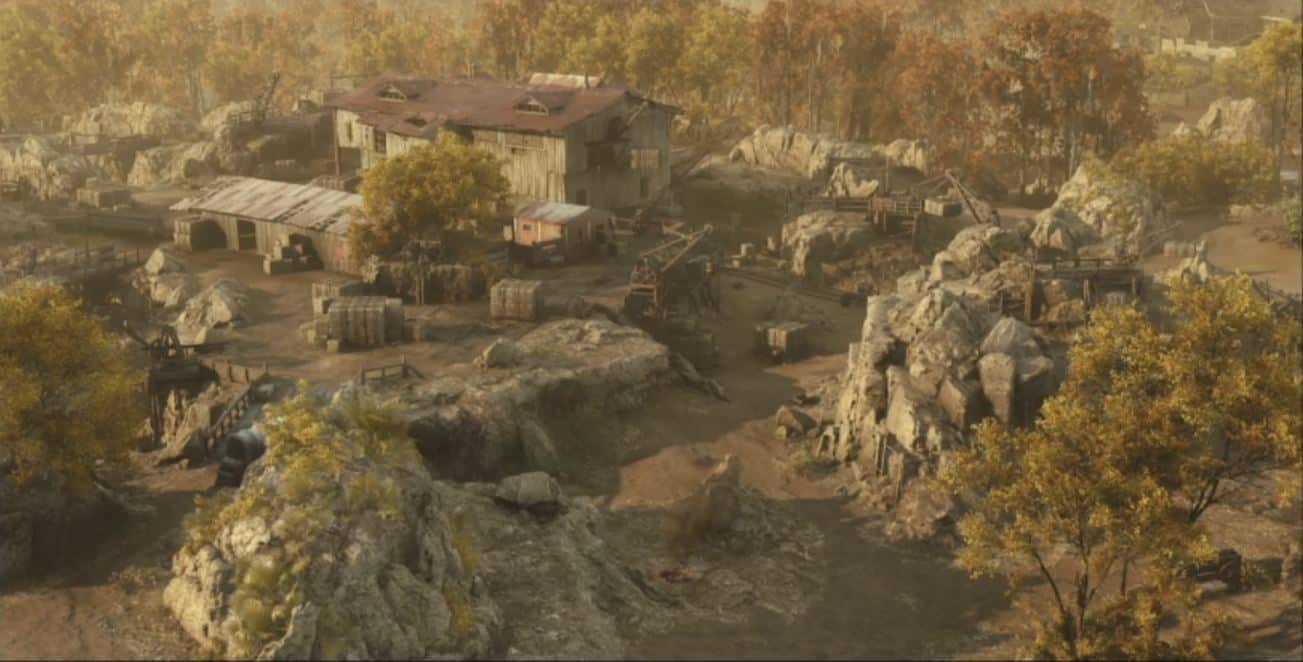 That’s all info there is on the new Hunt Showdown Map DeSalle.