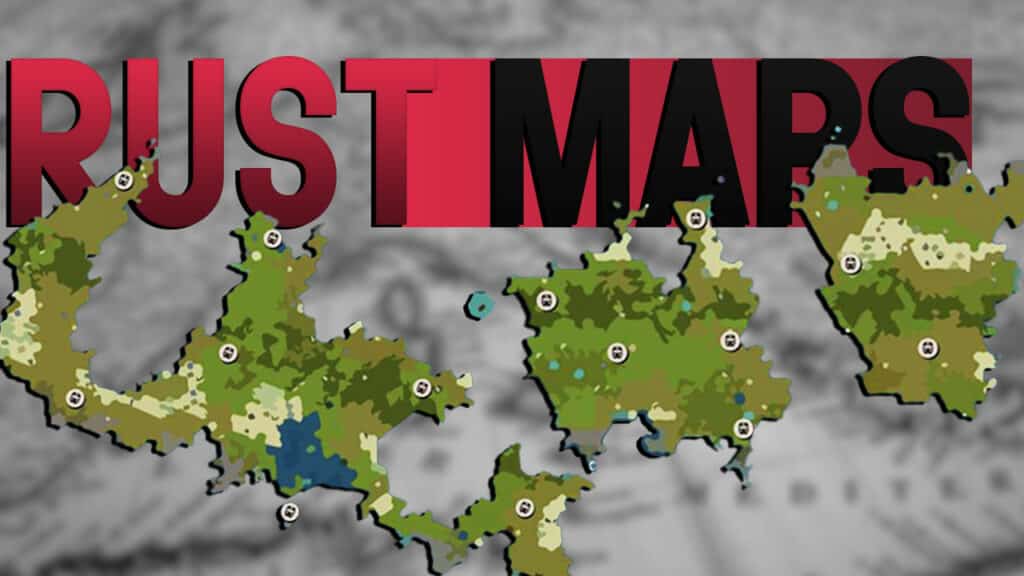 For years, we have known Rust maps in different versions, but always the same type: one big island, but now new map types from the Conecpt-Limbo have appeared, and we want them!

What has turned up? Rust was or is supposed to get new map types. Including an archipelago or a supercontinent. That was uncovered by a Reddit user on the community debating how cool these new types of maps would be. Spoiler: super cool!

This is what Rust Maps could look like in the future

The post shows: On Reddit, the user “he863” made a big catch. In a post, he shares new Rust map types that were once planned or are still planned. There are four of them, the first being very reminiscent of today’s Rust. That’s why it’s exciting: Playing the same map over and over again, only with other small bays or distributing of resources, is boring. Variation is and will remain the key to keeping players committed to a game.

Apart from the sheer wealth of variants, the different map types in Rust offer a new way of playing the game.

Every tree is a valuable resource in an archipelago. Pangea and fractal allow strategic bottlenecks and bridgeheads with natural boundaries, which leads to more depth in PvP. And the continents map type is even for role-players and divides the hundreds of players at the beginning of a wipe.

All in all, new map types in Rust have great potential. More options, more incentive to explore, and cool roleplay experiences. Having various map types in Rust is an indispensable feature in our opinion. Or as the OP of the post sums it up:

“Its so cool!” The new types of procedurally generated maps are the next big feature update, as the comments on Reddit prove. We can literally feel the murmur in the ranks of Rust fans.

Exactly the opposite is the case, contrary to others. Less land would mean less space for players. That’s probably true, but if Rust developer Facepunch also rescues the houseboat or the floating bases from the Concept Limbo, it balances out.

Your Feedback: The feedback from the Reddit community on the new Rust Map types is almost unanimously good. But what do you think of these four variants of the procedural generated Rust world? Tell us your opinion in the comments, no registration is necessary.