Developer Crytek talked about the upcoming update 1.9 in today’s Hunt: Showdown developer livestream. We at Guided.news summarize all the important information for you.

When is the update coming? The first stream ran on Monday evening, June 27, 2022 starting at 18:00 on Crytek’s official Twitch channel. There, the developers presented more details about the upcoming update 1.9 to their community. Today, July 13, the update will go live around 4:00 p.m. and will then be playable for everyone. Beforehand, the servers will go offline so that the developers can install the update.

With the last major update 1.8.1 summons were added to the game, tasks that you can complete on the map. Update 1.9 will add more Summons. Among other things, legendary Summons for BB.

In addition, quests chains will be implemented later, Crytek continues to work on them. 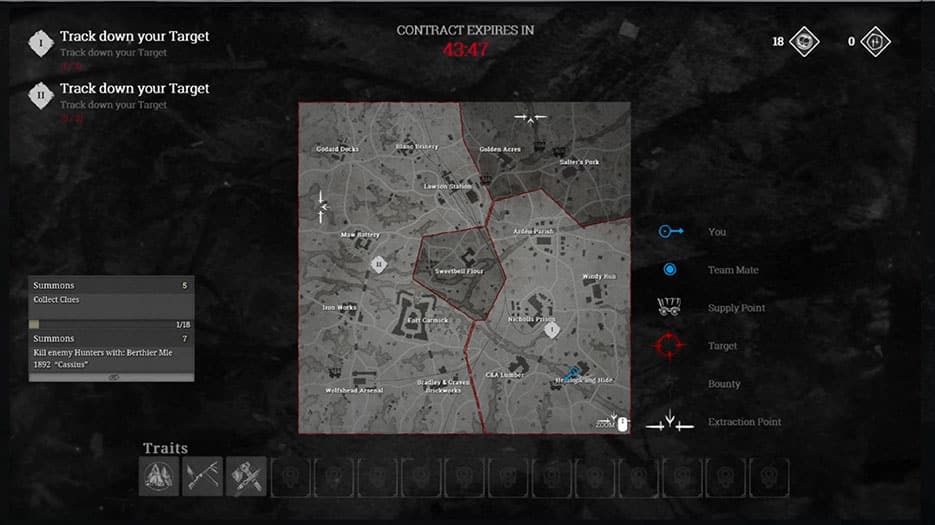 Update 1.9 will also update the overview map and better show you which Summons you have active and where you can complete them.

You will be able to purchase discounted Legendary BB Content on the Black Market. The Black Market will initially have 3 vendors available, each with its own theme and limited stock. All items are visible and are regularly renewed randomly. 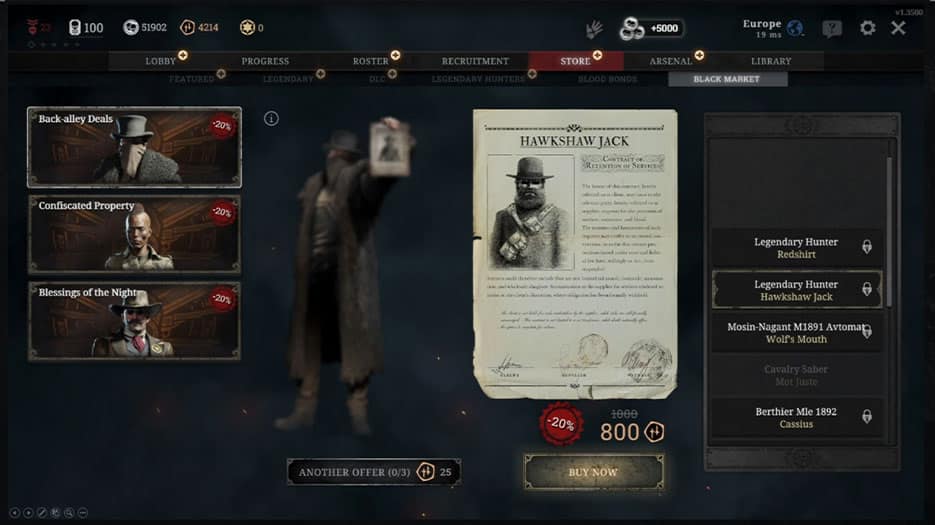 By popular request, the Hunt: Showdown developers have now made the Kingsnake Mine accessible. The mine’s tunnels connect the main and auxiliary buildings. Ladders and long elevators lead out of the tunnels.

The mine has narrow passages, but not so many spots to hide. Crytek doesn’t want campers holed up in the mine.

Of course, there are new legendary items that will be added with update 1.9 that you can purchase:

New Legendaries on the Black Market:

There will also be new legendary items on the Black Market, which you can purchase for full price or with a 20% discount. 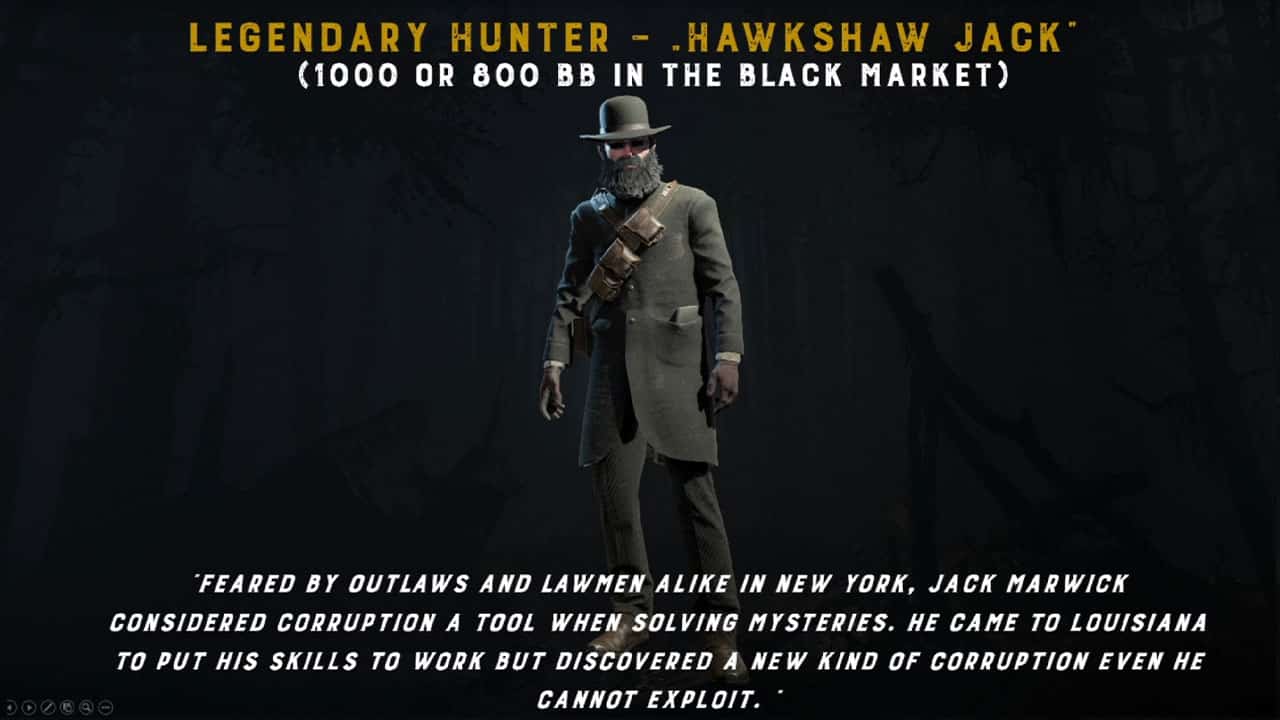 A lot of Bug Fixes

Update 1.9 is said to offer the longest list of bug fixes in recent years. In particular, the LEMAT bug will be fixed with 1.9. Senior Community Manager Rick Taylor talked about how the LEMAT bug was so difficult to fix that they even considered taking the Lemat out. Instead, they rolled back the last bug fix that caused the problem for the time being.

Changes to player movement and better technical coordination between client and server should ensure that the desync problems are fixed. However, network problems can continue to cause desyncs. However, Crytek still needs your feedback on the topic in order to further improve the problem.

More information from the stream

Would you like to join our community and discuss Hunt: Showdown? Then join our new Discord server, we look forward to seeing you!