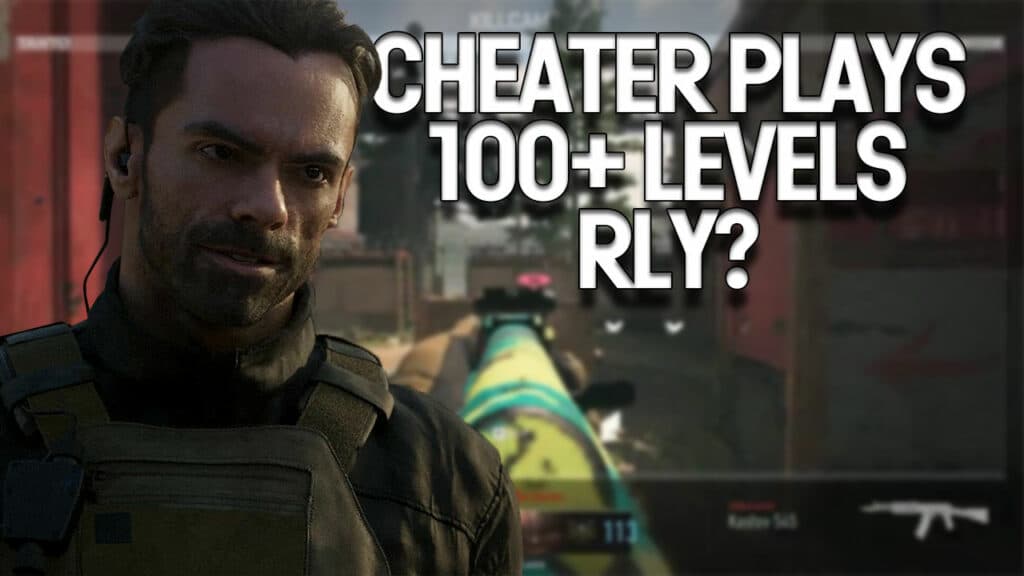 In the current Call of Duty Modern Warfare 2, players complain about many problems. In shooters, however, hardly any issue is as present as hacking or cheating. One player is currently the focus of the community because he has been cheating for over 100 levels without consequences.

This is what happened: A clip of the player JB appeared on Reddit yesterday, in which he was caught cheating. The clip shows him killing two players in 8 seconds. They were on two different sides of the map. Especially with the second opponent, it is noticeable that JB aims through the wall at his victim early on. However, the two positions where he caught the two opponents are relatively well-known routes. So we’re not sure if it’s a cheat/hack.

Player Cheats Without Consequences for More than 100 Levels

If JB uses hacks to play, as suggested on Reddit, it’s a tragedy how far he’s gotten with it. It should be noted that he was previously in the normal modes of Modern Warfare 2 on the road. You can see relatively quickly through the kill camera and kill feed whether a player kills an abnormal number of opponents in a short time. You can also see in the feed whether the players killed are mainly headshots.

The new Tier 1 mode in Modern Warfare 2, by eliminating the kill camera and the kill feed, ensures that the players hardly notice whether they are currently playing against a cheater in a round. It becomes apparent if a player uses cheats or hacks only through conspicuous actions and exceptionally high kill streaks.

Signs that JB could be cheating:

That speaks against it:

The early following of opponents particularly confirms the suspicion of the Reddit community through walls. The fear of a larger number of cheaters is of course much greater in such cases. This is also due to the fact that cheaters are typically only banned after numerous reports. Especially in Tier 1 mode, without obvious help like kill feed or kill camera, it is very difficult to report other players.

“In Tier 1 you wouldn’t be able to tell who is killing you and they cheat without consequences b/c there is no kill feed.”

Each of us has certainly had one or two moments when we thought everyone thought we were a cheater. What do you think? Is JB a cheater, or was it just a very lucky coincidence? Write us your opinion in the comments!