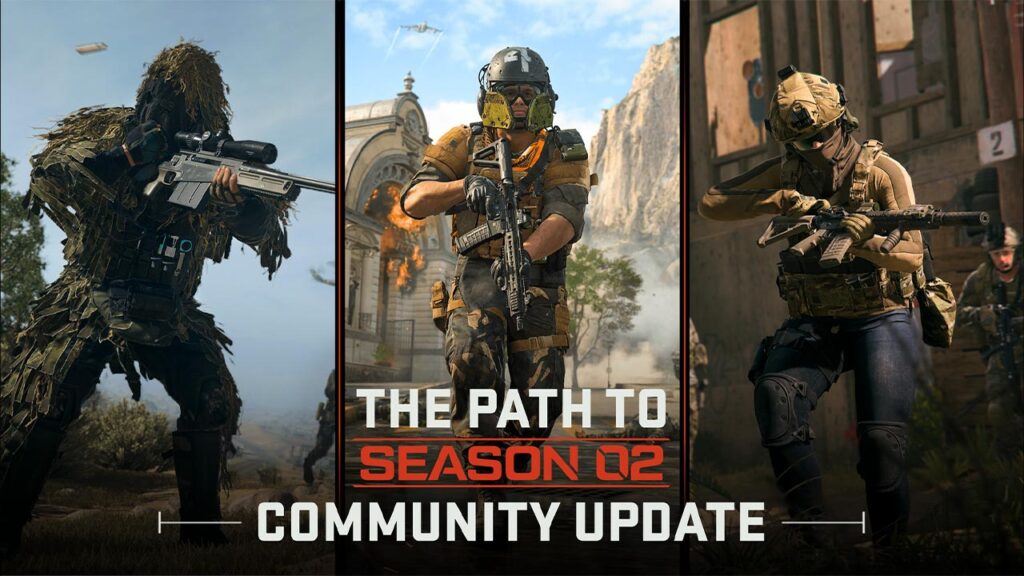 On February 15, Call of Duty: Modern Warfare 2, Warzone 2.0 and DMZ will launch Season 02. Even before the official patch notes are released, developer Infinity Ward talks about all the new features in a community blog. We summarize!

Here’s what’s going on: On the official Call of Duty website, developer Infinity Ward has published a detailed community blog about the upcoming changes of Season 02. In this it is about general changes, the multiplayer mode, Warzone 2.0 and DMZ. Season 2 will start on February 15, and more information and the complete patch notes will follow in the next few days and weeks.

The global changes of Season 02 affect all Call of Duty Modern Warfare 2 modes, including Warzone 2.0 and DMZ Mode. The main focus is on increased stability and thus fewer crashes, but also on other small game improvements and bug fixes. One of the bigger changes here is probably the weapon balancing, as it is the case with every season or mid-season.

More changes in detail will come with the patch notes in the coming days or weeks before the release on February 15, 2023.

All Season 2 Changes in Warzone 2.0

Warzone 2.0’s Battle Royale mode will undergo some changes with Season 02 on February 15. This mainly concerns:

With the start of Season 02, the 1v1 Gulags will return to Warzone. You know these from Warzone 1 and were not available in Warzone 2 until now. To make sure that the 1v1 Gulag can start with S2, the developers have reworked the old map from Warzone 1 but are developing their own 1v1 map for Warzone 2 on the side.

The money economy will be adjusted with the upcoming Season Update. On the one hand you can get more money in the Gulag, on the other hand, contracts in the Warzone will be rewarded with less cash. The amount of cash you get when looting is also increased. You will be able to collect a minimum of $800 on the ground and $500 from cash registers – previously the minimum was $100.

The loot inventory from Warzone 2 disappears and is replaced by simple drops that float across the floor. This change is intended to increase the speed of gameplay, just as players were used to in Warzone 1. Medium and large backpacks will be a thing of the past, and dead players will drop all their loot on the ground. Also, each player will have the same backpack throughout the game; you won’t be able to find larger ones.

Loadouts have changed with Warzone 2, and Infinity Ward wants to deliver the best gaming experience for everyone. For this reason, the way you get your loadout is constantly being adjusted. More adjustments are coming with Season 2 as well. In Season 2, there will be perk packs with limited perks at launch. Later, more perks will follow once the developers have achieved the right balance.

Primary weapons can still be purchased at buy stations but at a lower price. Loadout drop markers have also been reduced in price to ensure that players can win the match with their favorite weapon. The Loadout Drop Markers can now be found as normal loot in Al Mazrah. Another Loadout Drop event will also be added. The events will start with Season 02 during the first and fifth circles.

With the Season 02 update, there will be other minor adjustments in the Warzone, which we will explain in summary here:

All Changes in DMZ Mode

The DMZ of Warzone 2.0 will undergo some changes with Season 02 on February 15. This mainly concerns:

All Changes in the Multiplayer

What Else is Coming?

On February 8, the developers will present more information about the upcoming small map for Warzone 2.0, including the return of Resurgence. We will, of course, keep you up to date with all the information and patch notes.