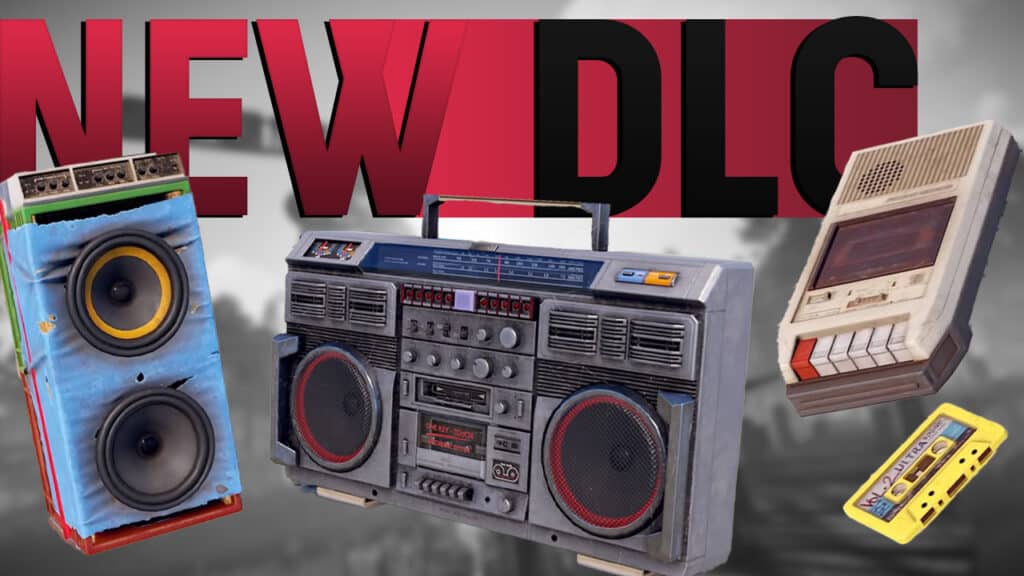 A few weeks ago, Developer Facepunch unveiled the new Rust Voice Props DLC, which is releasing today on Steam, and that brings audio recorders, boomboxes and everything the audiophile’s heart desires.

The gimmick with potential: Even though the latest Rust DLC may seem like an unnecessary gimmick at first glance, the audio recorder, in particular, has immense potential as long as it is used cleverly. We’ll show you what to expect in the new Rust DLC.

Rust Voice Props – These are the Contents

Community guessed correctly: The latest Rust DLC is called “Voice-Props-DLC”, which was already known in advance. The players meanwhile had their own assumptions about the content of the payment add-on. You were correct in assuming that there were many new items to experiment with with your own voice or sounds. But here comes the content:

You know how these little, sometimes big things work when you’re old enough to have seen them. For those who just don’t remember, are really too young, or have realized that controls of a video game cannot be transferred to the real world, here is the short version.

The cassette recorder in Rust comes with three different tapes. You can use these to record 10 seconds, 20 seconds and the last 30 seconds of sound. If you build a cassette, a short piece of music has already prerecorded.

This is how it works: If you insert the cassette into the recorder and press left-click, it will play the music. If you right-click, however, you will record a new audio track. If you want to record your own voice with it, you also have to press the voice chat button.

Without this, the cassette records all the sounds made by your surroundings or various objects. So how about you throw an explosive charge and record the beeping and the explosion? Could make one or the other base owner nervous.

If you have annoying neighbors who keep calling you on the phone in Rust, you can now record an answering machine using the tape recorder.

Also included in the Rust DLC is a boombox that can play your tapes. But their secondary function is much more interesting. With the Boombox, you can receive real internet radio. We can’t tell you how the developers did it, but they have preinstalled some URLs. So you don’t have to search long for a station.

You can also create a favorites list of your favorite channels and quickly switch back and forth. Gone are the days when you farmed in lonely silence. Now you can still farm lonely but with radio!

Don’t worry, streamer: if you are a streamer or YouTuber, you don’t have to worry about a copyright strike. In the settings under Censorship, you can turn off the fact that you can hear the music being played.

In addition to the portable jukebox, the upcoming Rust Voice Props DLC is also available as a deployable version. You have to connect it to your power grid in the base, and that will cost you 10 electricity.

Small speakers can also be connected to the system thanks to the power output. You can distribute up to 15 of these on the walls of your base, and they will cost you 1 electricity each.

If you want to give inspiring speeches, this item is for you. With the help of the microphone stand (or simply the voice collector) you can give your speech proper expression with three voice modes.

Other new features in the Rust Voice Props DLC