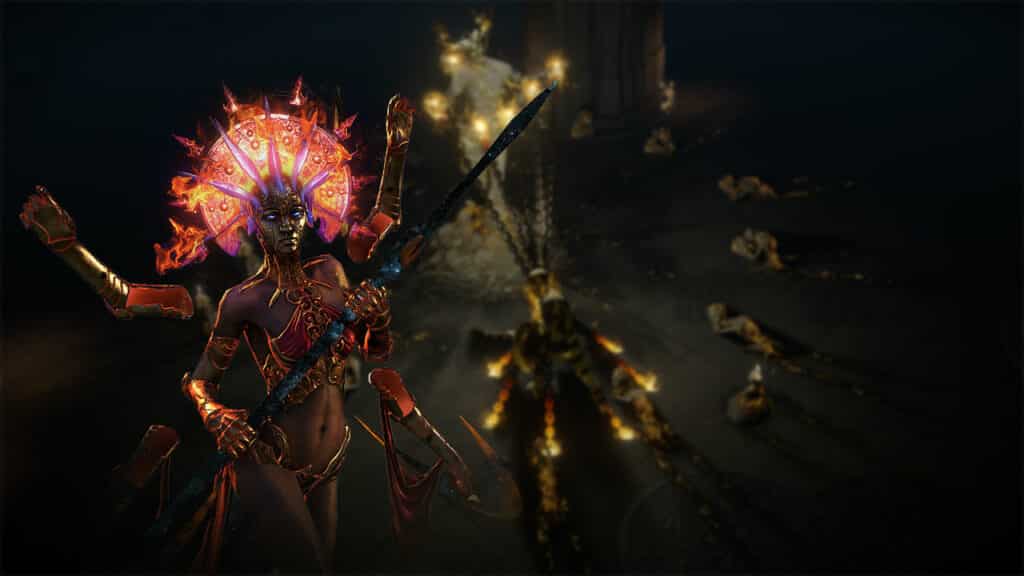 Path of Exile Siege of the Atlas: This is the Archnemesis Challenge League

Developer Grinding Gear Games presented the expansion Siege of the Atlas to the ARPG Path of Exile in a devstream on January 27th. A new league will also start with the upcoming expansion, the Archnemesis Challenge League. We’ll tell you what’s behind it.

Here’s what’s going on: Path of Exile is getting a new major expansion after a slight delay. “Siege of Atlas” adds some exciting content to the popular ARPG. PC players will receive the update on February 4th, 2022, console players will wait until February 9th. Both releases are at 11:00 a.m PST.

Path of Exile: Siege of the Atlas content at a glance

This is Archnemesis challenge league in PoE

This is the new league: The Archnemesis Challenge League in Siege of the Atlas lets you create your own bosses. At least using modifiers you can find. You can use these to make the boss opponents stronger on the one hand, and on the other hand, you will receive additional rewards for killing the bosses with each mod.

How the league works: In each area, you can collect modifiers from defeated rare opponents. These are stored in an extra inventory so as not to overfill your pockets.

You then use these modifiers to find the bosses that are randomly distributed and petrified in the areas. You can free up to 4 bosses per area with the modifiers and then fight them. Each subsequent boss fight becomes more and more difficult:

Each subsequent Petrified Boss monster that you buff in an area with a modifier has all previously applied modifiers. Also, the reward always stays the same, which corresponds to the mod. So if you need a reward more often, you should use the corresponding mod directly with the 1st boss.

These are the modifiers and the rewards: In the areas, you can discover over 60 new boss modifiers, of which you can combine over 35 using specific recipes. This creates stronger mods, making the boss fights even more challenging but also more rewarding.

For example, you can combine the mods in such a way that 60 currency rewards are created, of which you keep the 20 rarest and leave the battle with additional rewards. By the way, the mods cannot be traded with other players.

Which Features are you looking forward to most? Write us in the comments below!