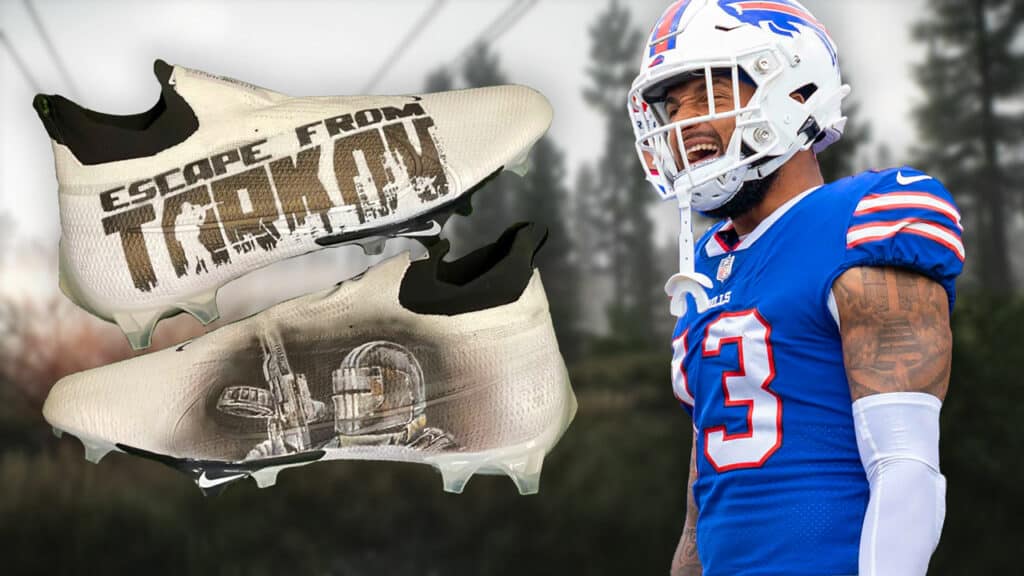 Escape From Tarkov: NFL Pro Player Shows the World His Passion For The Shooter

Gamers are nonathletic and just sit around in their den? Hardly, and so NFL pro Gabriel Davis posts on Twitter how he represents the survival shooter Escape From Tarkov on the turf as well.

Who is Gabriel Davis? On the field, he plays offense, but in private he prefers to be defensive and tactical. In the shooter Escape From Tarkov, NFL star Gabriel Davis lets his free time pass by on the monitor. But according to Gabriels, he is not just any casual gamer. He loves Tarkov, and now he’s showing it on the turf.

NFL star sprints into the end zone in “Escape From Tarkov” shoes.

What the video shows: On the official TikTok account of Tarkov developer Battlestate Games, the team has uploaded a tribute to NFL player Gabriel Davis. You can see a montage of various spectacular moments from Davis’ last football games.

“What does this have to do with Tarkov?” you ask? In the games that can be seen in the video, Gabriel Davis wears very special shoes. Namely, the 21-year-old has the Escape From Tarkov logo spray-painted on his white athletic shoes. The developers have since shared the video on Twitter and tagged Davis.

These are the shoes: One foot each bears a different image. On the right shoe he has the Tarkov logo sprayed on it. The left shoe is adorned by the Scav boss Killa — Adidas shoes these are nevertheless not (wink). In the cool Tarkov shoes, Davis also scored four touchdowns in one of his last games.

This is what Davis says about the action: On Twitter, the NFL pro shows solidarity with the fans and proudly presents his shoes. He sprayed and painted the shoes like this because he always plays the survival shooter when he can and has been doing so for a long time. But also the community is worth it to him to share the game on the field with the whole world.