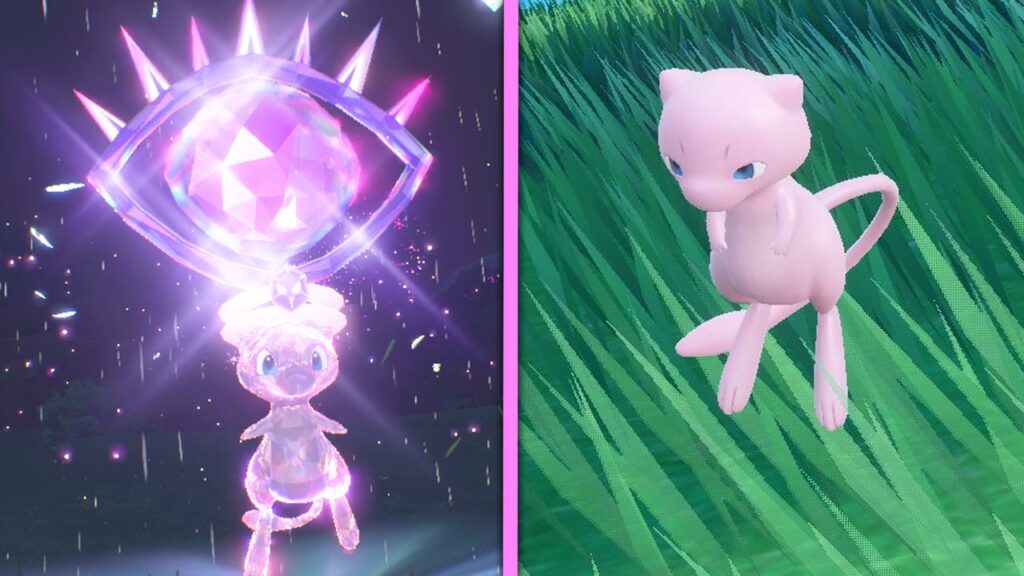 The leaks about Pokémon Scarlet and Violet just don’t stop, now leakers shared the first images of the legendary Pokémon Mew via Twitter.

What’s going on? Just a few days ago, we reported on the leaks about a third legendary Pokémon in Scarlet and Violet. Now, new information and images are surfacing that show Mew in Pokémon Scarlet and Violet.. Some, but far from all, info is known about this, so this article will be updated as soon as possible.

This is the leak: Twitter user @palkiaorigin shared the first image of Mew in a post this morning. Here he writes that he was forced to do so by a Kanto lover and mentions that Mew’s signature move is not yet in the game. This suggests that Mew is a DLC monster in Pokémon Crimson and Purple, much like Paradox Suicune, which also made its first appearance a few days ago.

This is what fans think: In the comments on the leak, fans laugh at Mew’s appearance in Pokémon Scarlet and Violet. It looks sleepy like it’s going to snap away at any moment. User @ZaOneFluffyOne comments:

Being a dumb floating cat is probably exhausting.