With the release of the Edgerunners anime on Netflix, Cyberpunk 2077 has been updated to version 1.6 and has received some Easter Egga from the anime you can find in Nightcity. On the other hand, Edgerunners offers a few spots that might look familiar to you as a cyberpunk player. We have summarized all Easter Eggs for you!

Here’s what’s happening: The Edgerunners anime has been streaming on Netflix for a short time and has been hugely popular with fans. At the same time, Cyberpunk 2077 was patched to version 1.6 and received a few innovations related to the anime. The community has already been looking diligently for overlaps with the anime and has found them.

There are overlaps in both the Cyberpunk Edgerunners anime on Netflix and Cyberpunk 2077 that fans will see. So there are well-known places, people, or weapons that you can find in both media. On the other hand, a few things have been added extra to Cyberpunk because of the anime.

We, therefore, divide the list here into three categories:

We start our list with the locations in Nightcity that play a special role in the anime and that you can also visit in Cyberpunk 2077.

You can find the building, Megablock 04, in Arroyo in the Santo Domingo district. And even if you can’t enter, you’ll find the Edgerunners gang icon and a BD in the trash beside the closed entrance. The BD is showing scenes from the anime. Then you get a small side quest to get information about David Martinez. More on that later. David’s Ripperdoc is also very close to his apartment. However, he is probably no longer on duty in Cyberpunk 2077, and another has taken over his clinic. Rebecca is one of the most iconic characters in the anime. The trigger-happy edge runner lives with her brother Pillar in Northside in the Watson district. The apartment is located right at the Longshore North fast travel point and is easy to spot. You can also enter the building and visit the 1st floor. There you can find Rebeccas Apartment, but the door will only open if you haven’t completed a certain quest yet. Otherwise, the apartment will remain closed. Kiwi is the group’s netrunner and also has a home in Nightcity. She lives in Kabuki in the Watson district, and the quickest way to find her apartment is to fast travel to Sutter ST. Directly to the left of the fast travel point, you’ll find a tall, glass-walled building. You can take the building’s elevator to the 13th floor, and you’ll find Kiwi’s Apartment. In Japantown, in the Westbrook district near the fast travel station of Megabuilding 8, you’ll find Turbos Bar, where the crew of the Edgerunners hangs out all the time. Lucy’s apartment is directly opposite Turbos Bar. Unfortunately, you can’t enter the building, but if you’re good at climbing, you can also come to the roof for the iconic view. In the third episode of the Edgerunners anime, the crew is faced with an assignment to steal data from an Arasaka driver. They meet him in a bar that also exists in Cyberpunk 2077. The bar is now owned only by the Tigerclaws.

You can find the bar in Heywood in the Vista Del Rey district near the fast travel station Metro: Congress & MLK. In Northside, in the Watson district, you will find the BD Lab of the artist JK directly at the fast travel point NID: Docks. It’s also a BD lab in Cyberpunk 2077, but JK is no longer here. If you’ve seen the anime, you know why. Afterlife with Rouge and Claire

The Afterlife Bar in Cyberpunk 2077, run by Rouge, you will visit quite often throughout the game. The Afterlife Bar can also be seen in the Edgerunners anime on Netflix, and even the barmaid Claire and Rouge make a brief appearance.

Attention spoilers! In Cyberpunk 2077, when you order a drink in the Afterlife Bar, you can have a special drink called “The David Martinez”. And we know only legends get a drink with their name on them in Afterlife.

In the Edgerunners anime, there is a scene where the fixer Faraday meets with an Intel at a diner. As a Cyberpunk 2077 player, you will know this Diner. Namely, Tom’s Diner is where you also meet up with Takemura during a main mission.

Now that we’ve covered all the important locations let’s move on to the weapons and equipment that make their big appearance in the anime.

Once you’ve found David’s apartment, you won’t be able to get inside, but you’ll see the gang sign on the wall to the right of the entrance, and you’ll find a BD in the trash can next to it. The BD only shows excerpts from the anime and then starts a quest. At the quest’s end, you will receive the iconic yellow jacket from the anime.

At the top of the Corpo Plaza, you can find Rebecca’s iconic shotgun named Guts. Not only is it powerful, but it also deals poison damage.

“Originally belonged to Rebecca of David Martinez’s crew. Guaranteed to cause bloody chaos but can be a bit unpredictable. Just like its original owner.” 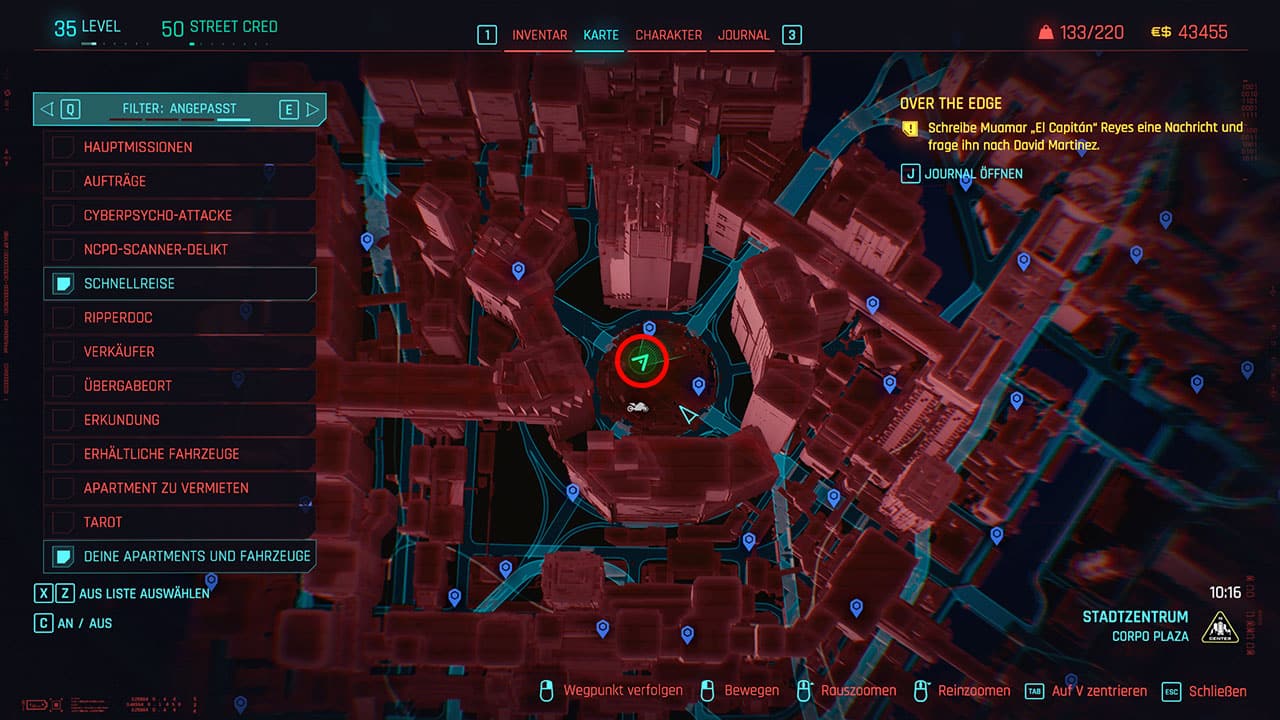 Later in the anime, David Martinez hands a newbie a Satara shotgun, which he’s quite excited about. The Satara Shotgun can be found throughout Cyberpunk 2077.

More Weapons in the Anime

The following weapons also appeared in the anime:

Used Cyberware from the Anime

Well-known people or entities also appear in the anime. We’ve already seen Rouge and Claire in the Afterlife Bar, but what about other familiar faces?

Wakoko Okada is the top fixer in Westbrook District. In the game, you will receive tasks from her again and again and also meet her personally. In the anime, David does one of her jobs and only talks to her.

The Trauma Team in Cyberpunk is an emergency team that comes into action whenever one of their clients – often employees of Arasaka, Militech, and the other big corporations – is injured.