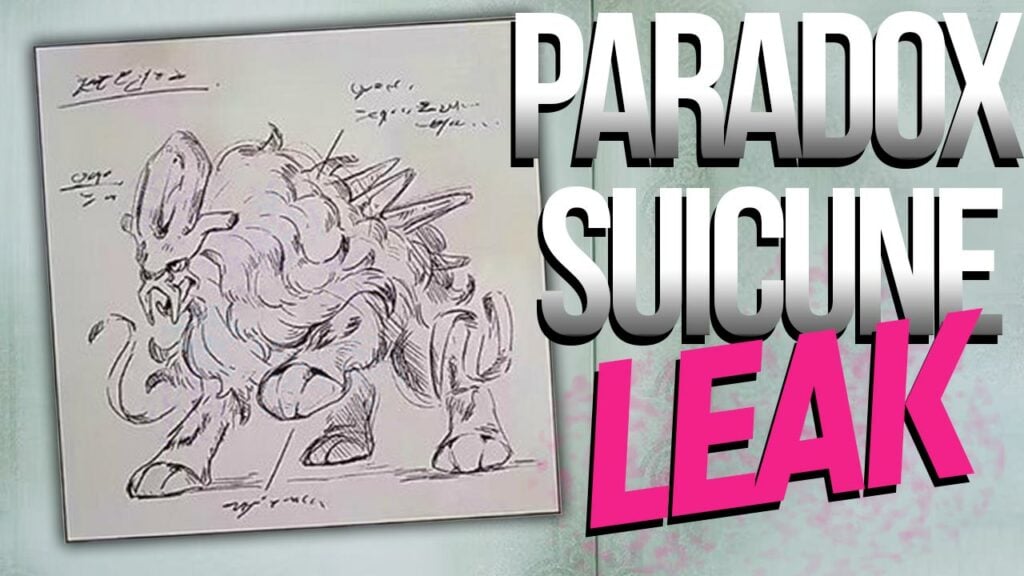 A new leak for Pokémon Scarlet & Violet has surfaced, showing Paradox Suicune, a legendary Pokémon that had not previously been confirmed for the new editions. We’ll tell you everything about the latest leak.

What’s going on? Pokémon Scarlet & Violet are releasing in a few days, and more and more leaks are showing different Pokémon in the new Paradox form. Now, the legendary Pokémon Suicune, which has been accompanying fans through the different editions for 20 years, surfaced. Until now, there was no talk of it, but already in the version differences of the two editions Scarlet & Violet it becomes clear: we do not know all the details yet!

On Twitter, the well-known Poke-leaker “CentroLeaks” shared an image that shows the legendary Pokémon Suicune in an unusual form. We see a much too muscular variant, more reminiscent of a mixture of Entei and Suicune. The drawing, which depicts the Paradox Suicune, is unfortunately a bit blurry and lacks detail due to the sketch style.

Next to the picture is a Chinese text that tells about the mysterious Pokémon:

Fantasy Pokémon Imagination (Fantasy prob. correctly translates to “legendary” here)
Picture by the member of the observation team in charge of sketching.

The legendary Pokémon depicted. Inhabit below the middle of Zone Zero.

They are all unusually huge and violent. It is said that the team members are based on these characteristics.

While imagining what it would look like, if there was a legendary Pokémon in Zone Zero.

Team members could be a mistranslation. It may be about the other two legendary Pokémon, Entei and Raikou. Or is the Paradox Suicune in Pokémon Scarlet & Violet a mixture of all three monsters? At least that’s what many fans who responded to the Twitter post believe.

The leaker further reveals in his post that Paradox Suicune is not included in the base game of Scarlet & Violet. Instead, Suicune is supposed to appear with a DLC. The leaker does not reveal when this will appear.

As soon as we know more about the new Paradox Suicune, we’ll update this article. So that you don’t miss it, add this post to your bookmarks or follow us on social media to not miss anything. In another article, we have summarized all the other Paradox Pokémon for you: Coming Soon