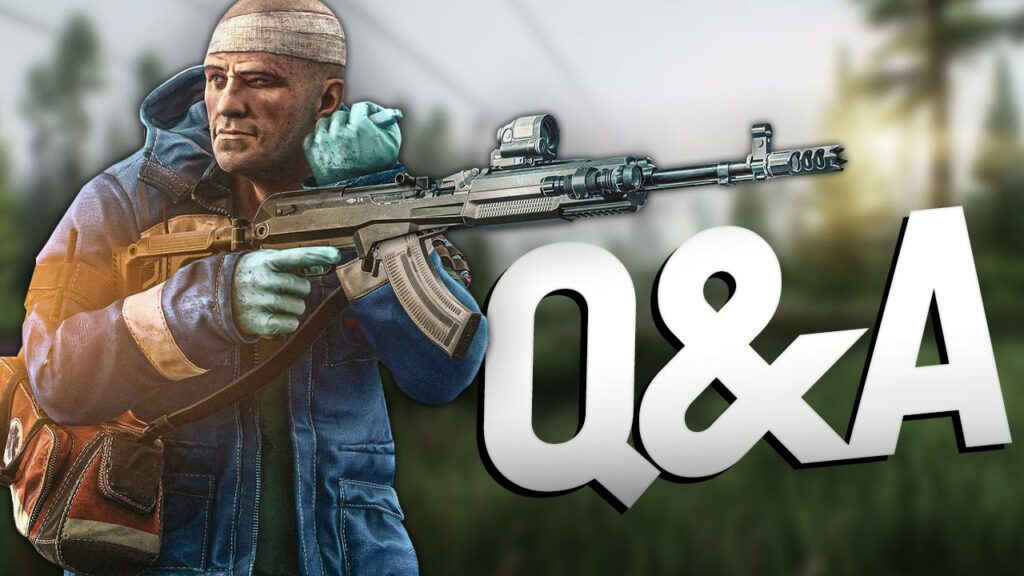 Nikita Buyanov, lead developer of Escape From Tarkov, answered questions from the community in a Q&A. Among other things, they wanted to know if there will be dynamic events, community content or faction missions in the future. The answers let us hope for great things.

What’s going on? The Battlestate Games development team has been collecting questions from fans over the past few weeks. Now the head developer Nikita Buyanow answers them personally. For this purpose, the developers have published a post in the forum, which makes the hearts of fans beat faster. We have now fished out the most important questions and answers.

Disclaimer, these are plans! First, it should be said that the following promises are only promises. There is no fixed release date for the new content or ideas. Some of the content for the next major Tarkov update is already set.

1. will there be faction-related tasks?

This is the question: A fan asks if there will ever be quests in Tarkov where you help certain factions. As example, he mentions missions like “Help the Rogues defend position XY” or “Help a Scav group attack XY”.

Nikita says: “Yes, such missions are already being planned. However, I don’t know yet exactly in what form we will finally integrate them into Tarkov. But something like that is certainly planned: Faction-based tasks that drop reputations, loot, etc.

2. will there be automated or dynamic events?

That’s the question: here, a Tarkov player asks if the developers can imagine automating events in the future. After all, most events have been very well received by the community so far. As an example, he mentions a storm of raiders on Factory or a meeting of scav bosses — all automated.

Nikita says: “Yes, the automatic event system has been in the works for a while. I hope we can add it soon.

3. will there be team achievements & community goals?

This is the question: Fans want to know if the developers plan to add team-based objectives to Tarkov. Missions, in other words, that you can only complete with a squad of X people. Also, the questioner wants to know if there will be quests that the community can only achieve together (example: Hunt Showdown gathering events).

Nikita says: Yes, these kinds of missions will exist as events.

4. Is there room for ideas from the community?

This is the question: The Tarkov fan wants to know if the developers will also take ideas from the community, or if there is no room for it. Among other things, he mentions crafting recipes or ideas for events.

Nikita says: Of course! We are always open to new ideas. I regularly read reddit and see all kinds of ideas for Escape From Tarkov. Sometimes I write them down and create tasks for the team directly. So yes, at the moment you can also add more ideas.

5. what happens to super rich players after release?

This is the question: one user shares his worries, which also plague many other players: how does the development team plan to balance the currency system? Tarkov, in its current state, often has many rich players hoarding hundreds of millions of rubles. The question is also whether there will be consequences for such players in the finished version.

This is what Nikita says: “We want to create a gameplay cycle where there are no opportunities to become super rich. We plan to add more money burners to balance that out. However, there will always be players who play outrageously and accumulate some wealth that way. But then that’s only a fraction of the players.

More questions about the future of Escape From Tarkov: