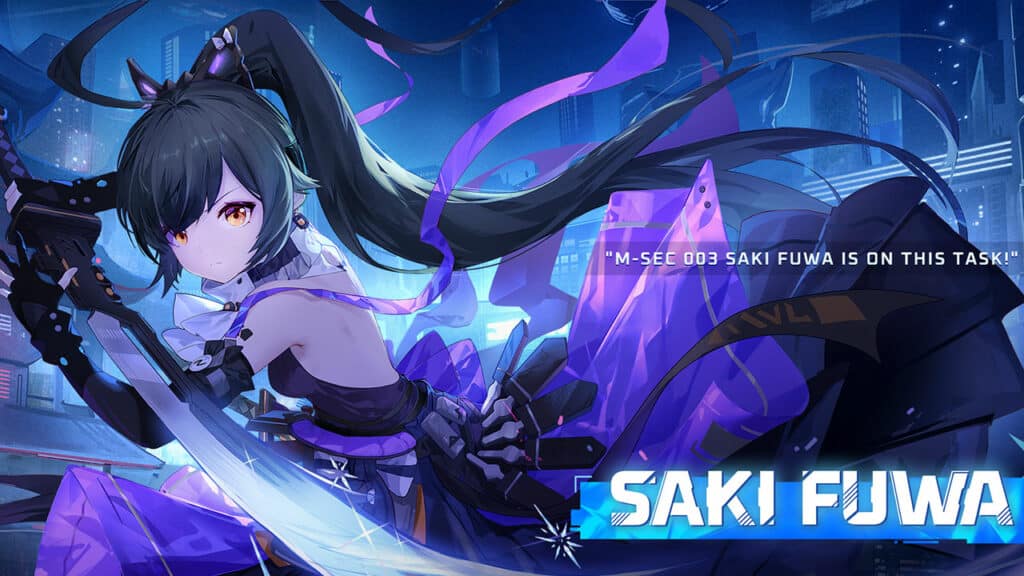 Tower of Fantasy 2.0: This is Saki Fuwa

After Ruby, the anime MMO Tower of Fantasy now gets its next Frost SSR character with Saki Fuwa, the captain of Mirroria Security’s special unit. We’ll tell you who Saki Fuwa is!

Saki Fuwa is the Second Character in Tower of Fantasy 2.0 Vera

Saki Fuwa will soon appear as the second character of the Vera expansion of Tower of Fantasy 2.0. As a Frost Tank with two swords, she is a strong fighter and a good shield breaker. With her Frost Resonance, she is a perfect match for Frigg and other Frost characters, making Frost teams a lot more valuable in the endgame.

This is SSR Character Saki Fuwa Bio: The Mirroria Security Special Forces have a cadre of formidable bionic humans who accompany the explorers on their expeditions to the surface. They all have superhuman physiques and menacing expressions, with the exception of a little girl in a Kendo outfit who stands out like a sore thumb among the monstrosities.

As captain of Mirroria Security’s special unit, Saki Fuwa is very responsible and combative when danger threatens. You can always find her on the front lines of battle and in front of the TV watching her favorite hero series.