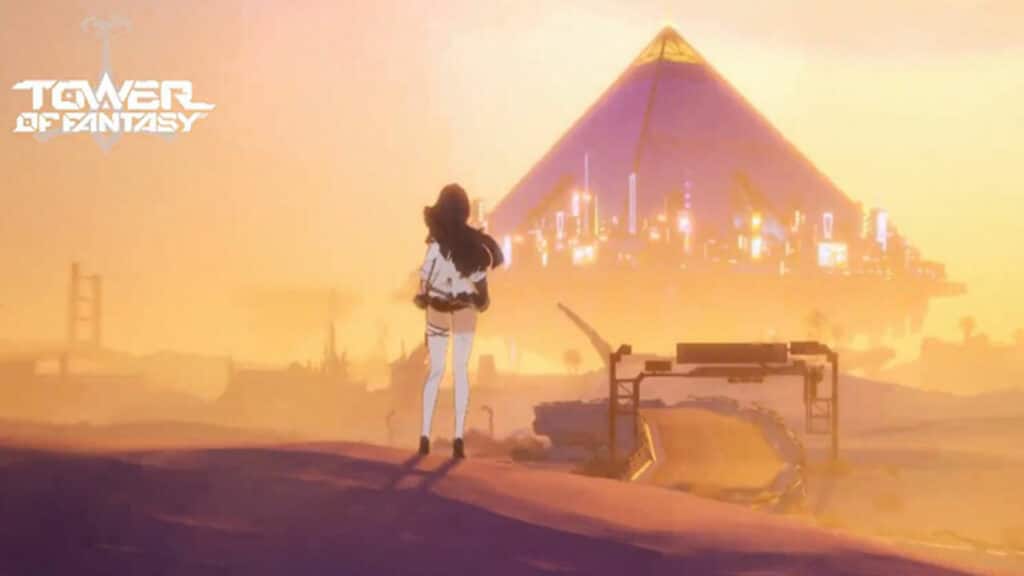 Tower of Fantasy: Cyberpunk City and Many Characters Coming Soon

During Gamescom 2022, developer Hotta Studio and Level Infinite announced further plans for the anime MMO Tower of Fantasy. We were there and talked to the devs. A huge area, as well as more characters, vehicles, bosses, and features, await you later this year.

That’s what’s going on: At this year’s Gamescom, developer Hotta Studio and Level Infinite told us what they are planning for the anime MMO Tower of Fantasy this year. A huge cyberpunk city, a desert area, new characters, bosses, and vehicles await you. But there are other features to come. In addition, new content will appear regularly over the next few years.

This is Vera 2.0 – The new area of Tower of Fantasy

Known as Vera 2.0, the new area is a vast desert that harbors dangerous monsters and releases radiation after the Omnium disaster. At the heart of the zone is the cyberpunk city of Mirroria. The city is divided into 3 levels and serves as a kind of player hub where you get a few quests, do side activities, and play mini-games. But you will spend most of your further adventure in the surrounding pillar desert.

The PR describes Vera as follows:

The intensity of the original energy radiation in the area is visibly decreasing. Excluded from this are some heavily polluted areas. Although the surface environment is mostly suitable for human activity, the majority of Vera’s people live in “Mirroria”.”

Resourceful players should already get hints in the game about what else is planned for the future. So there is a scene during the story where the omnium catastrophe is explained. You recognize the world map and see how all the outskirts are contaminated until the catastrophe in the center comes to a halt. This is the current area and Vera will unlock one of the many surrounding locations.

The developers have told us several more characters are coming to the Tower of Fantasy game world. However, details on their number, rarity, or who it is are not yet available. But we can assume that there will be more than one character.

On September 2nd, a new character was added to the game with Frigg before the official expansion. You already know the 190 cm tall woman from the story, where you often meet her and fight her.

These features await you

The Vera expansion is scheduled for release in autumn 2022 and will give all players plenty to do. However, you must complete the story in the current area to be prepared for Vera. We will, of course, keep you up to date on this.