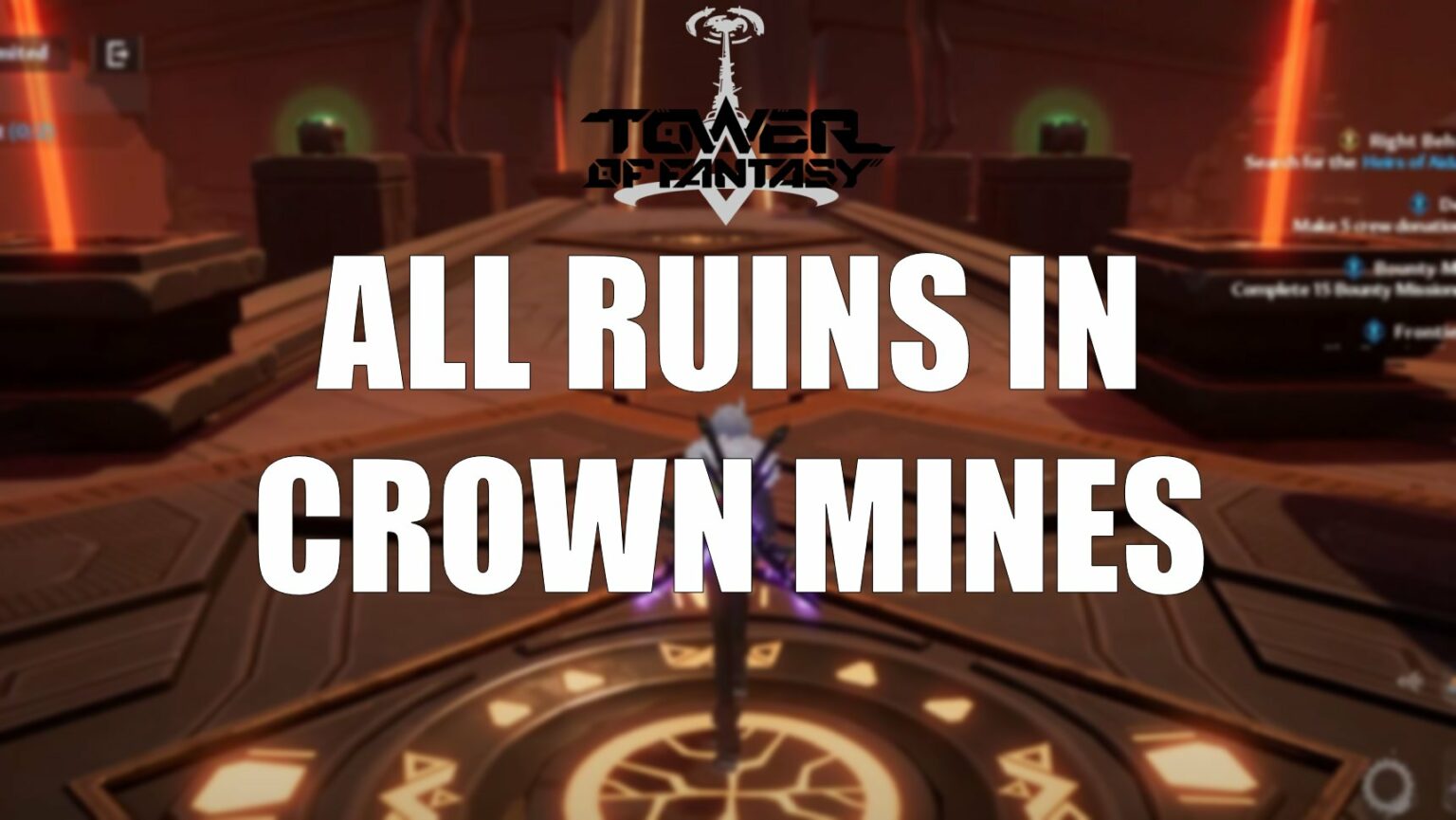 Tower of Fantasy: All ruins in Crown Mines

During your journey through Aida in the MMORPG Tower of Fantasy you will come across ruins again and again. Each region of the open world contains three of these dungeons, where valuable rewards can be found.

That’s what it’s all about: In our Tower of Fantasy Guide, we’ll show you how to find your way through all the ruins in the Crown Mines region and not miss a single reward chest.

Don’t worry about not finding the ruins. These look like huge triangular spaceships and usually tower above the landscape from afar. As soon as you want to enter a ruin, the game offers you three different levels of difficulty:

Our tip: With our Tower of Fantasy Guides you can also easily find all scenic points!

However, the number of reward chests to be found in them increases accordingly. Our guides refer to the Easy level solutions. As soon as you are in the ruins, you have to fight against different opponents, solve puzzles and typically defeat a boss at the end of the ruins. The various ruins are shown on your map as small icons reminiscent of cathedrals.

All Tower of Fantasy ruins in Crown Mines

In each ruin in Crown Mines you can find two reward chests. Each chest contains the same rewards:

So you can collect a total of 6 x Weapon Battery II and 6 x Matrix Data Pack II in the three ruins in Crown Mines.

Right at the beginning of the ruins, you can talk to the NPC Fufu, who will ask you to bring him three ghost spore mushrooms. You don’t have to walk far to solve this little quest. Just jump onto the next plateau and defeat the two hordes of enemies waiting for you there. 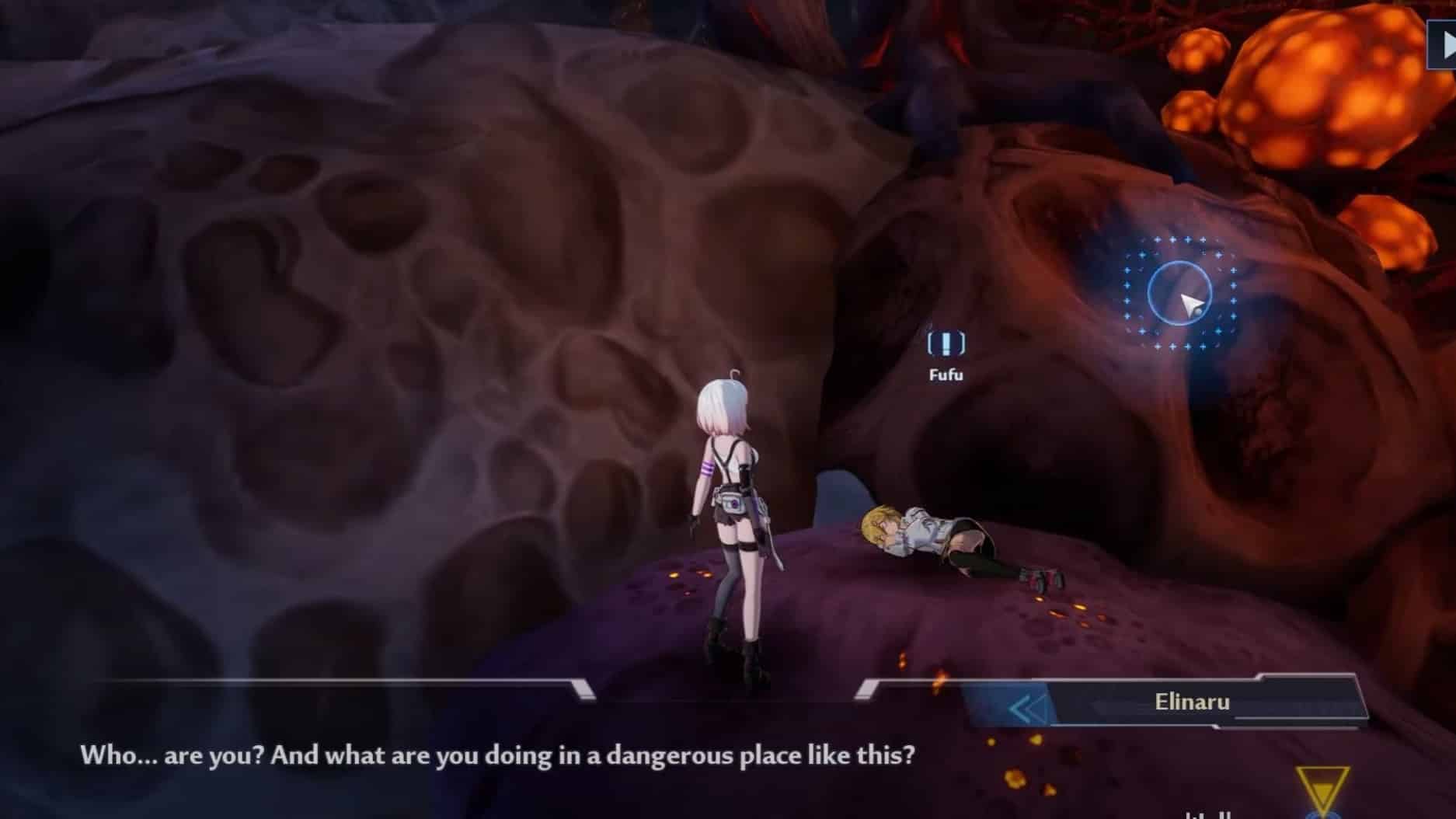 Directly behind the second group of enemies, there is a large mushroom, at the feet of which you can collect the first two spore mushrooms. The third is on top of the mushroom. Bring the spores to Fufu, who will now ask you to find his lost recipe and continue your way through the ruins.

You quickly get into a wide room with a little riddle. To unlock the first chest here, you need to redirect the laser beam that falls from the ceiling onto a pedestal. All you have to do is slide the statue on the box under the laser.

Use the Omni Cannon to climb the pedestal and open the first chest. Then run back to the mushroom where you collected the spores for Fufu. Behind it is a narrow passage, at the end of which the second chest is waiting for you on a rock. 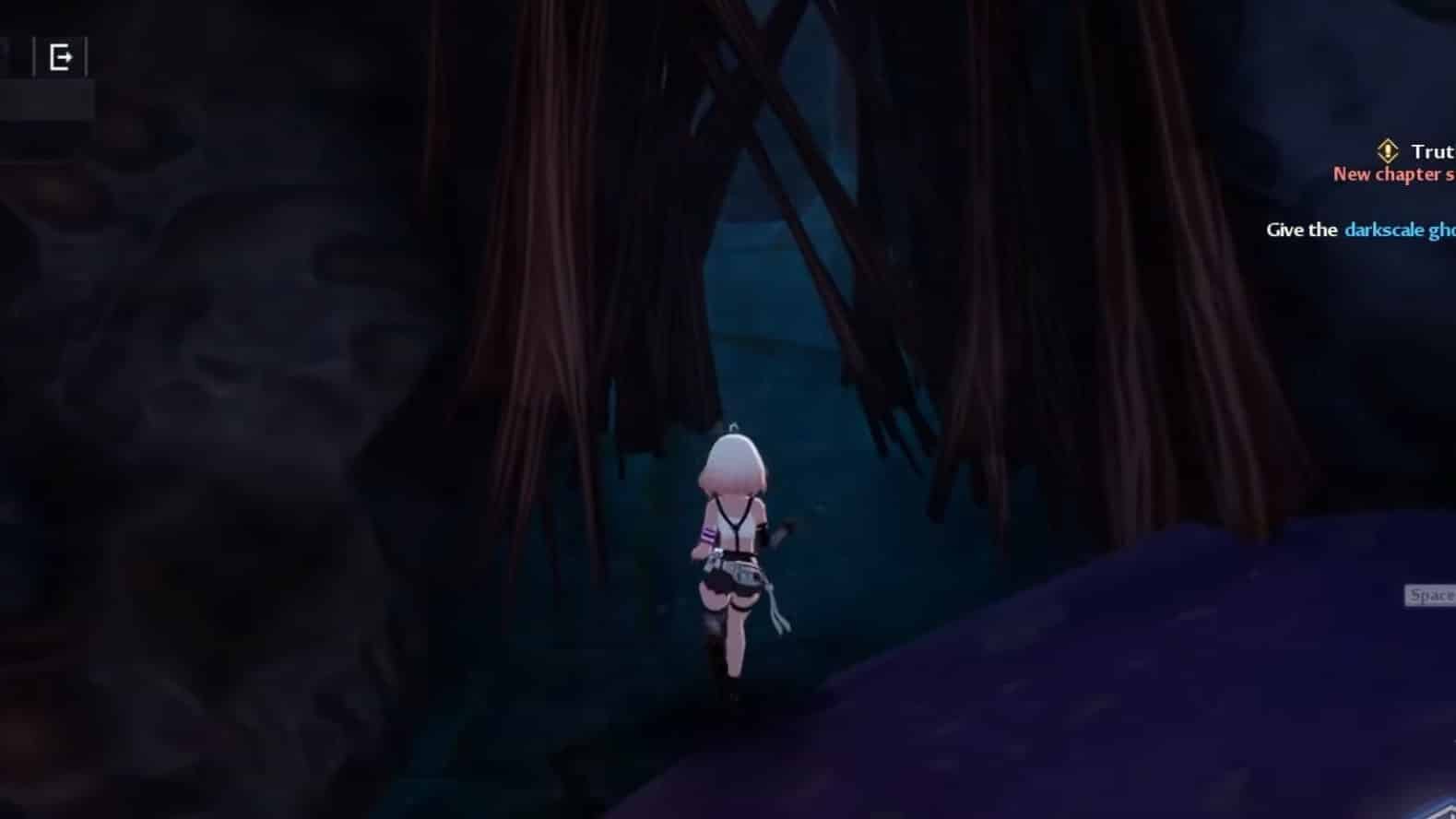 To get to the end of the ruins, you have to solve another puzzle. The task is to continue guiding the laser beam you have already redirected with the statue through the large room until it reaches the end. Once you’ve done that, the big gate to the ruins boss will open. You can easily forward the laser beam by removing the thorns from the beamers and moving the boxes back to the appropriate places. 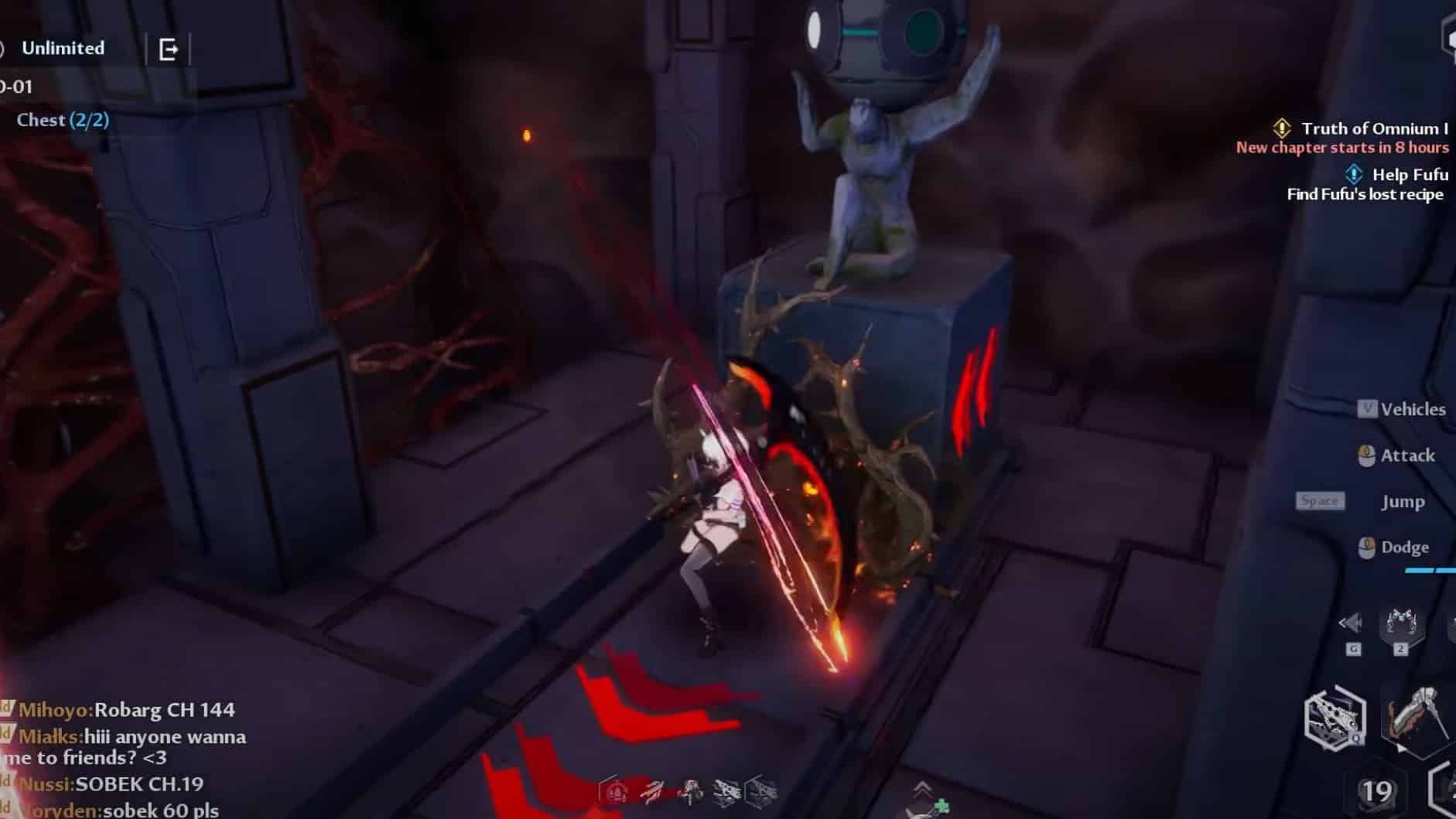 Warning: Fufu’s lost recipe lies high on a mushroom in the large laser room. Collect it and finally face the boss of the ruins.

Right in the first room, you can open the first chest. It is only guarded by three enemies you can either defeat or ignore. Keep running until you come to a hangar where numerous enemies are also waiting. Far behind, you will find the second chest on top of a container. 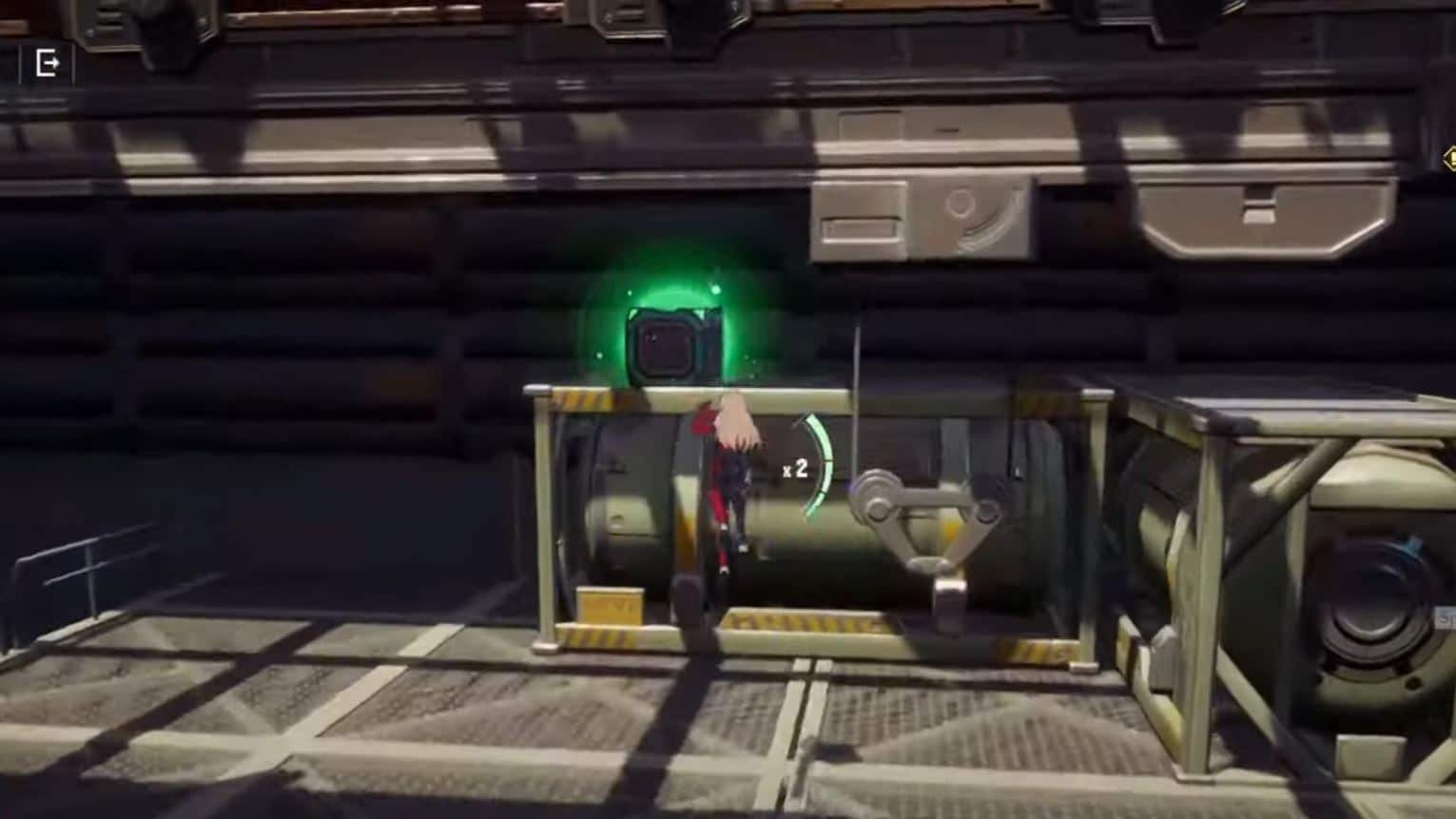 The way forward is blocked by a door that requires a numeric code. You can read the numbers from the two terminals located in the hangar. The first terminal is at the beginning of the hangar and tells you the last two digits of the door code. The second terminal is in a small room to the right of the first terminal. 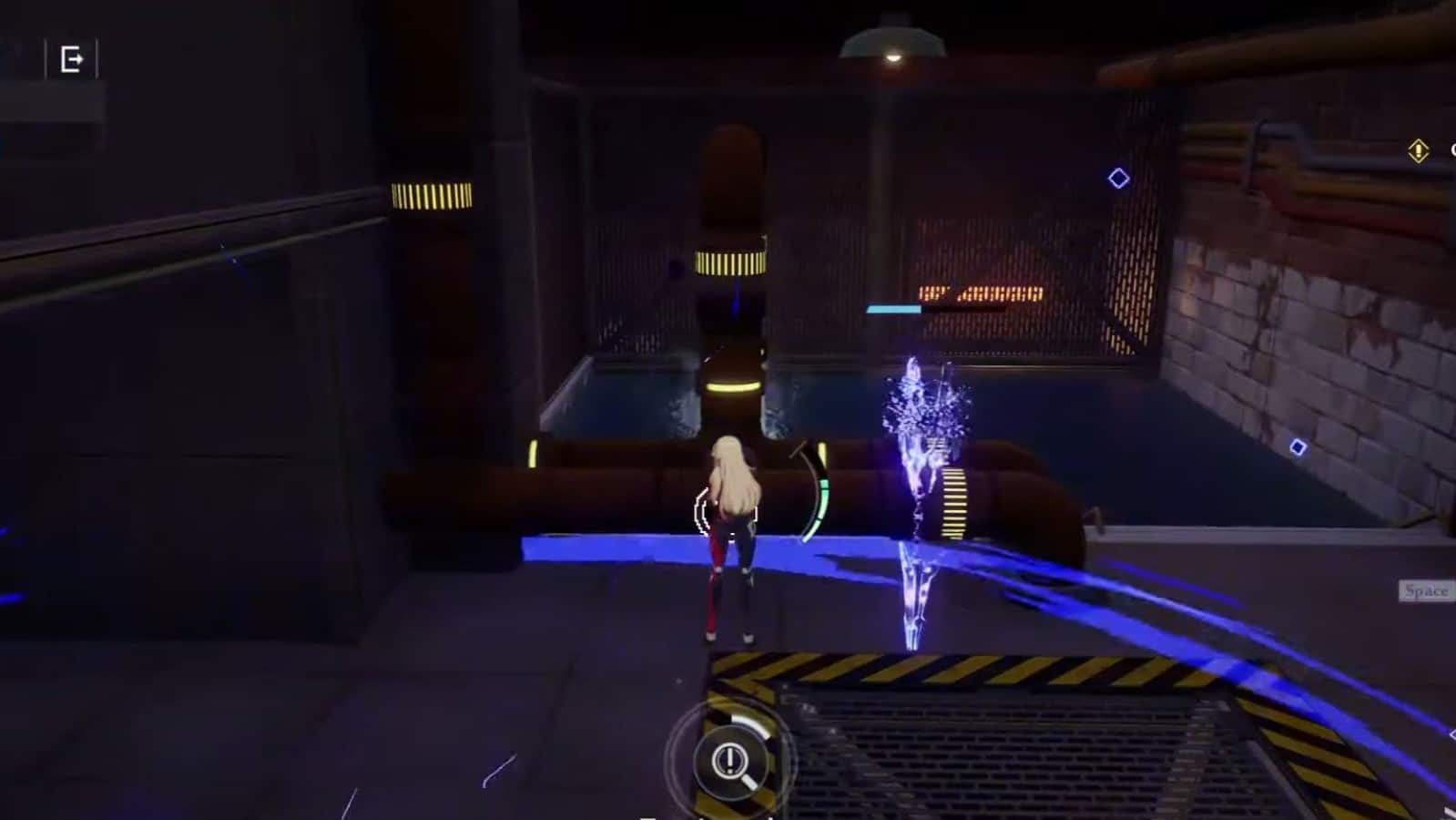 There you have to close the water valve to get to the terminal, which will give you the first two digits of the door code. Now you can open the door and advance to the end of the ruins.

In the last ruin of the Crown Mines region, you start out on a bridge flanked by pillars on either side. Both chests are already lit on these pillars, and you can easily jump over to them and grab the rewards. 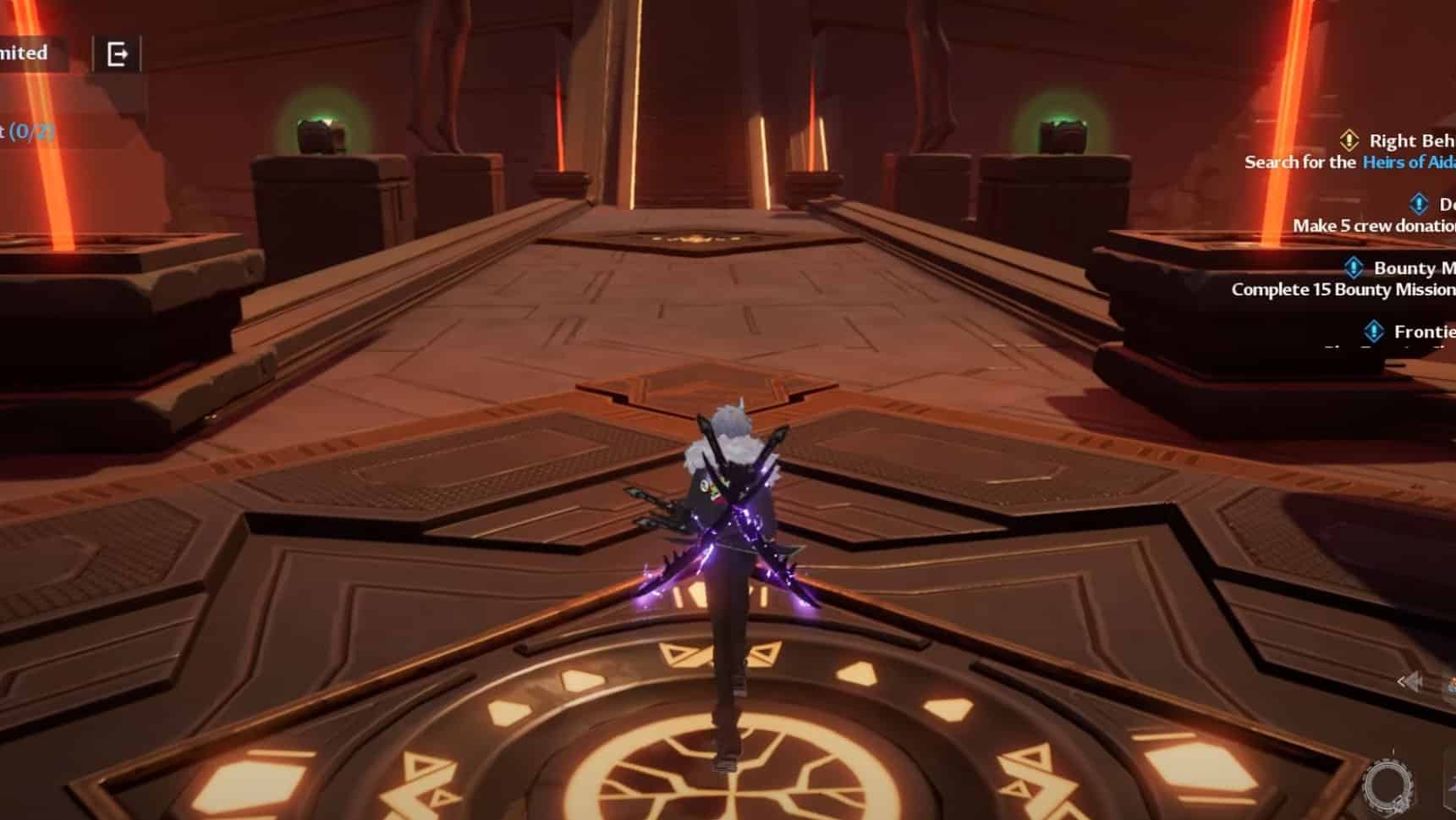 At the end of the bridge, stairs lead up to the boss. Defeat him to complete the ruin.