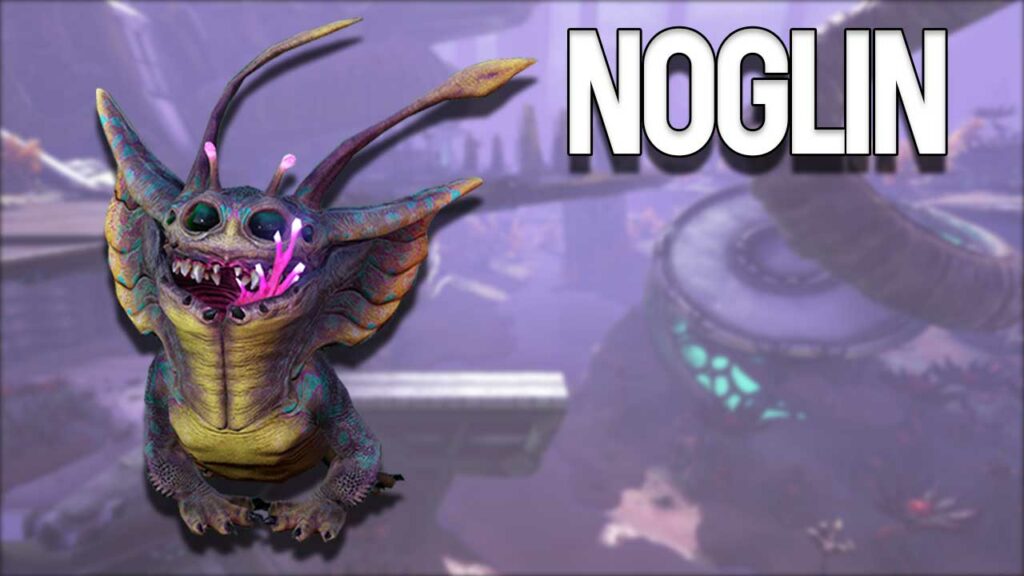 ARK: Survival Evolved: Noglin – How to Tame, Feed and Breed!

Find out everything you need to know about the Noglin in our ARK: Survival Evolved guide. But also how to catch it, tame it, feed it, and breed offspring too.

The Noglin was introduced to ARK through the Genesis Part: 2 DLC, where you can find it in the Boros Sector.

This is the Noglin in ARK: Survival Evolved

Appearance: The Noglin is a very small alien, with huge ears, two large round eyes, and two smaller round eyes next to them, that walks on all fours. He also has two long antennae on his head and two shorter ones in the middle, which tips glow purple.

However, his cuteness disappears as soon as he opens his mouth, which flaps down to either side. At that, it reveals its many small pointed teeth, as well as its tongue with many small glowing antennae. 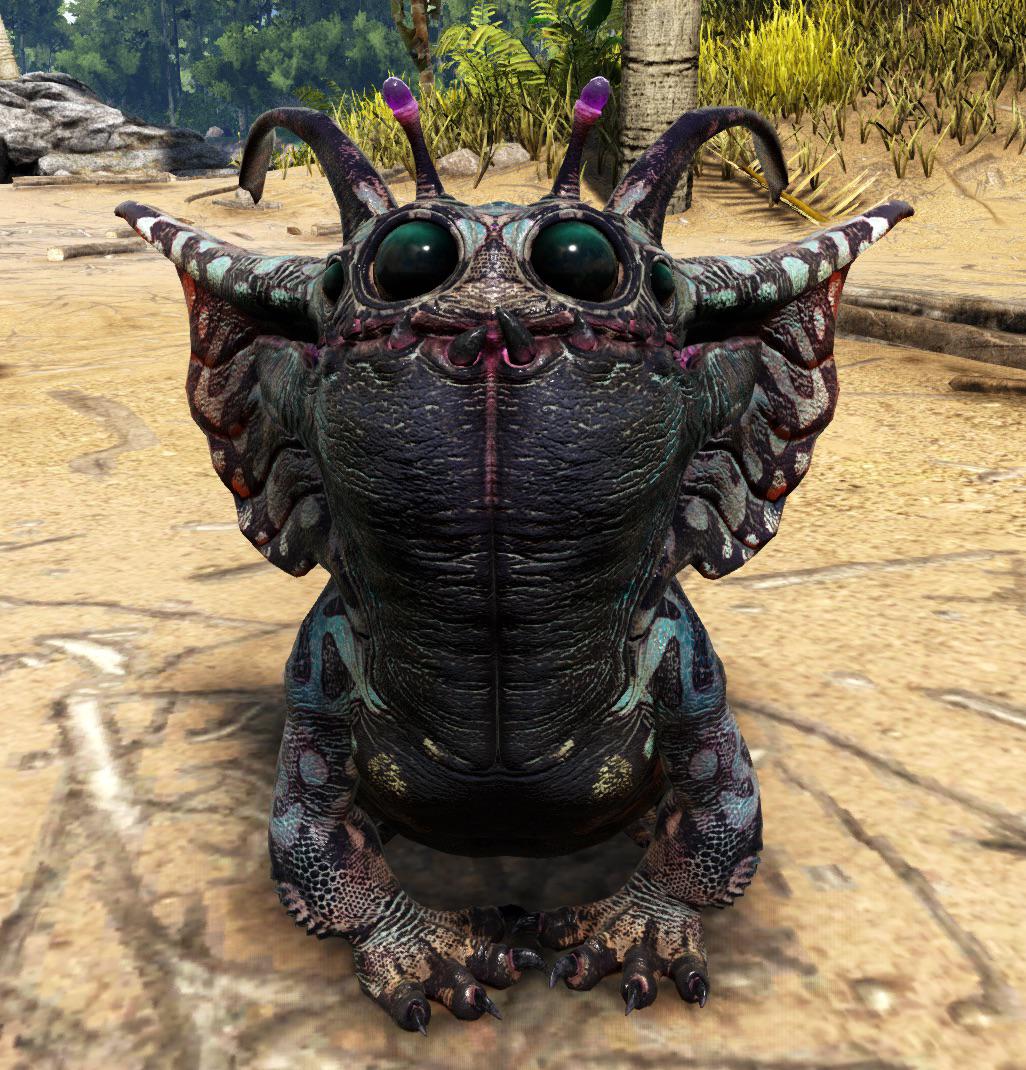 Wild: Noglins jump on their prey and control its brain, and are able to use anything they can find in the inventory bar or any attacks a dino has to offer. For you, this means: If you have weapons in your inventory bar, the Noglin will use them and shoot around as soon as it has taken over your body. It can happen that it also shoots your tamed dinosaurs and teleports them right into the dinosaur heaven.

If you are really unlucky, it will hit wild creatures, that attack you right after being hit. So be careful while going through the Boros Sector, which is the wild Noglins habitat.

Domesticated: Have you been able to tame a Noglin, you can keep it as a shoulder mount or pet. You can broadcast your mind to the Noglin, to play as it, which you can use to jump onto other creatures to control them (not all creatures and levels can be controlled). If you stop the transmission between you and the Noglin, while the Noglin is still on the creature’s head, you control that creature for a period of time.

After the Noglin let the creature go, it is very likely that this creature will lie down to sleep permanently. How to tame the Noglin in ARK

The Noglin is passively tamed by eating or rather controlling your creatures, similar to the Troodon. To make this as easy as possible for you, you should build a trap first.

Build one big room for the trap (no matter how big, but big enough for a Bronto), which you connect to a smaller room through a gate, both rooms should be at least as high as the stone gate. If you don’t have any cryo capsules, the large room also needs gates for the dinosaurs, which you leave closed, while taming.

The best way to catch a wild Noglin is to use an Argentavis, which makes it relatively easy to catch it. To make it easier to find a Noglin, you should turn on the helmet visor, which outlines wild dinos in white. On the map, you need to fly along the x-axis at the height of 50 of the y-axis, but not too far off the ground, because the Noglin is quite small and generally difficult to see. Have you seen a Noglin, get it with the Argentavis which can snap it with its beak. If you have the Noglin in your Argentavis’ beak, you fly back to the trap you have built and drop the Noglin into the smaller room.

Bring all Brontos, Stegos, or/and Carbonemys into the big room of your trap, and open the access gate to the room where you threw the Noglin. After that, get yourself to a safe spot, that is also out of the Noglins range, so it won’t be able to use you as a “zombie”. Because, as described above: He will take or use everything from your inventory bar.

Ideally, the Noglin will gradually pounce on your animals until it is tamed. If it isn’t interested in your animals at first and the Noglin keeps chilling, knock it out to make it hungry, but be careful, it has low health. If the Noglin wakes up, it should start attacking your dinosaurs. However, you cannot do this if it has already gained the first percentages in the taming process, otherwise, the process will be reset to 0.

What to feed the Noglin in ARK

The Noglin prefers living creatures as food. To feed him these, you can use the opportunity to play as your Noglin, jump on a creature and wait until the Noglin has eaten enough through controlling it.

How to breed the Noglin in ARK

The Noglin is not breedable in the current version of ARK: Survival Evolved.