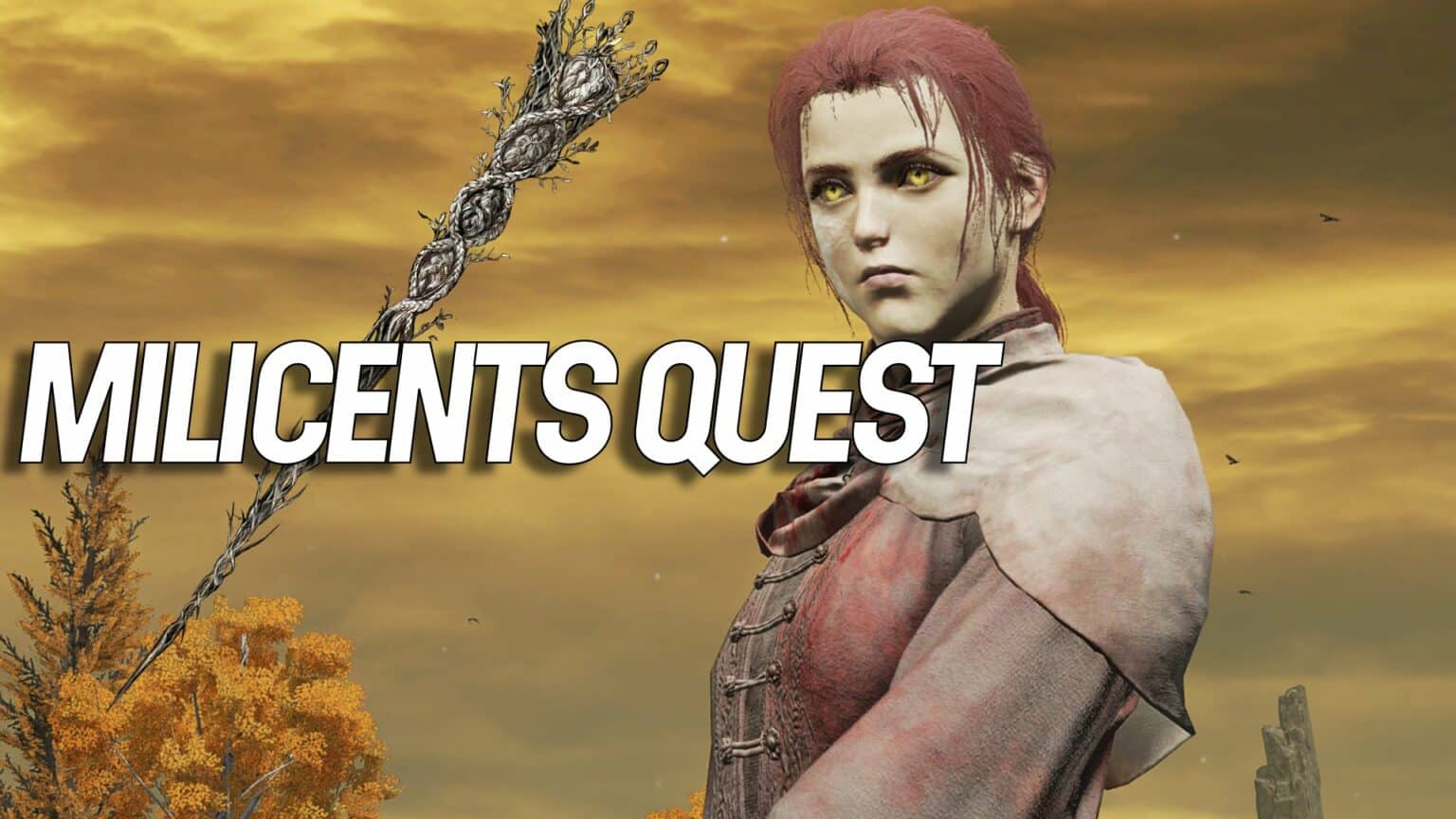 Elden Ring: Milicents Quest – how to get Miquella’s Needle

Milicent’s Quest in Elden Ring offers not only wonderful lore, but also very rewarding rewards, including Miquella’s Needle. In our guide, we will explain step by step how to complete the quest.

To begin with, you have to choose a specific ending at the end of Milicent’s quest in Elden Ring. You have the choice between two different options, each of which will bring you different rewards. But don’t worry: we’ll tell you for which ending you’ll get which reward, so that you can decide more easily.

To begin Milicent’s quest, you must travel to Caelid and speak with Gowry in his hut. There is an aggressive dog sitting in front of the hut, which you should sneak past. Otherwise, the dog may follow you into the hut and attack the NPC. Gowry will ask you for help in the conversation, because he needs a needle made of pure gold, which you will get after defeating Commander O’Neill, whom you will also find in Caelid.

Take the needle to Gowry and head to the next site of grace. Use fast travel to reload the area and return to Gowry immediately. He has now repaired the needle and asks you to bring it to Milicent. You can find Milicent in the Church of the Plague in Caelid. Give her the gold needle and talk to her until all dialogues are exhausted, or until they repeat (by the way, this applies to all conversations with NPCs!!!). 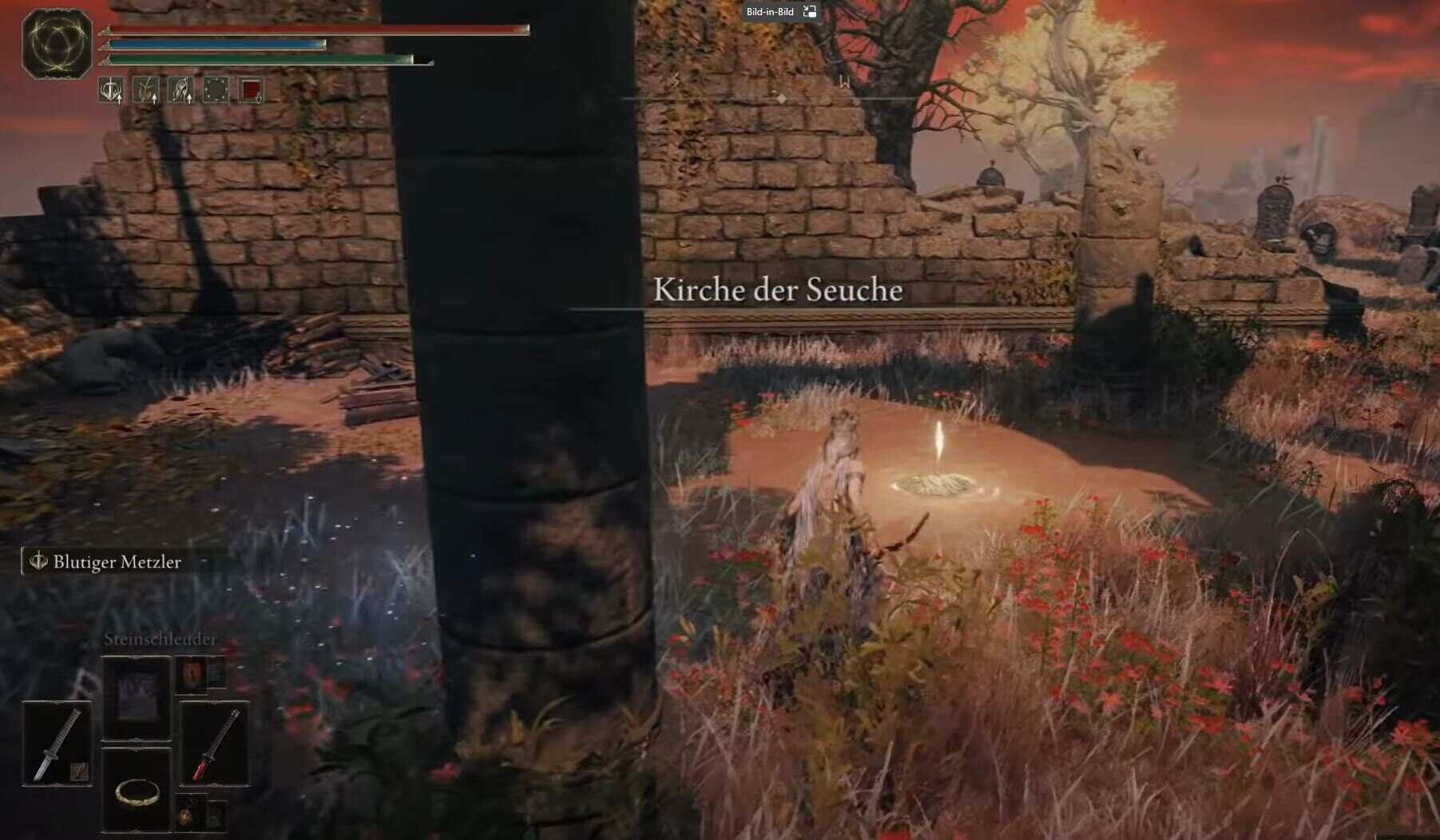 Use fast travel again and talk to Milicent to get the talisman “Prosthetic Wearer Heirloom” and continue the conversation again until Milicent’s sentences repeat. The talisman increases your dexterity.

Next, you need to travel to the site of grace “Erdtree Gazing Hill” on the Altus Plateau to talk to Milicent again. To get to Altus Plateau, you will need both halves of a medallion. The first half is in Limgrave in Fort Haight, the second in Caelid in Fort Faroth.

After talking to Milicent, your next destination is Shaded Castle. There you need to collect a Valkyrie Prosthesis and then bring it to Milicent. The prosthesis is in a box in the northwest corner of the castle. 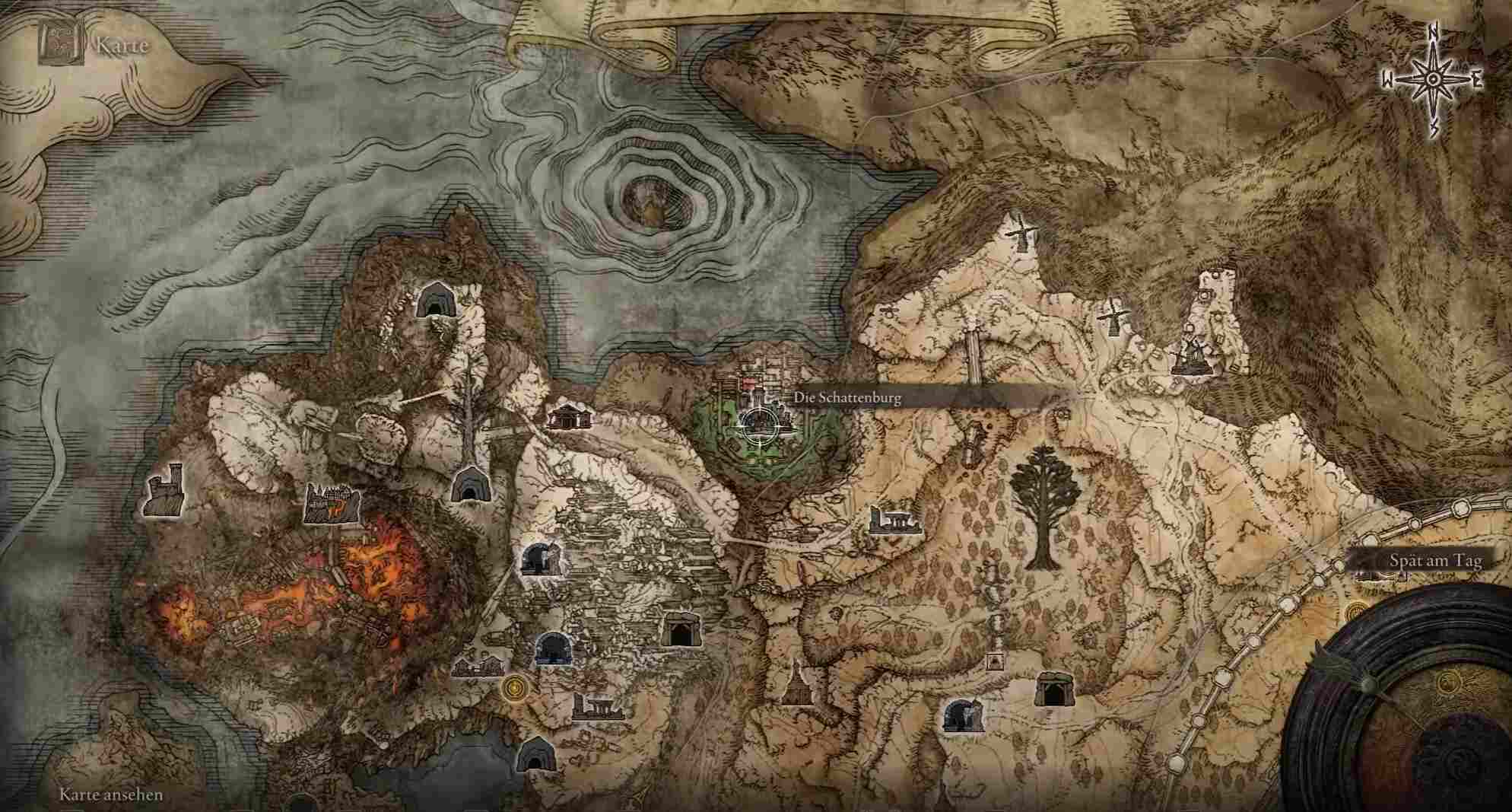 Once you have delivered the prosthesis to Milicent, you must travel to the Village Windmill Pasture and defeat the “Godskin Apostle” boss there. Once you’ve done that, reload the area with a quick trip to find Milicent there now. Talk to her and then travel to the Mountaintops of the Giants. You can only travel to this area after defeating the boss “Godfrey” in Leyndell. At the site of grace “Ancient Snow Valley Ruins” Milicent is waiting for you. Talk to her again.

This is important: you must talk to Milicent in this place before you complete the Farum Azula area, which will burn down the Earth Tree. Otherwise, Milicent may not show up at the next scheduled quest location and you may not be able to complete the quest.

The Ends of Milicent’s Quest in Elden Ring

It now takes quite a while before you encounter Milicent again. In the area “Hallig Tree”, which is one of the last in the game, at the place of grace “Prayer Room” she is waiting for you. Talk to her and continue your way through the Hallig Tree until you reach the Swamp of Aeonia and defeat the boss there. Once you’ve done that, you can find two new summon signs in the place where you defeated the boss.

If you choose the red summon sign, you will choose to fight Milicent. If you decide the golden sumon sign instead, you will fight with Milicent. Depending on what you decide, the quest will have a different ending.

If you choose to fight Milicent, you will receive “Milicent’s Prosthesis” for your victory, which increases your dexerty and increases the power of attack series. When you return to Gowry’s hut, you will find him lying there dead. You can now pick up the “Flock’s Canvas Talisman” and “Gowry’s Sound Pearl” from him. With the Canvas Talisman, the effect of your invocation will be greatly enhanced.

If you want to fight alongside Milicent, four NPCs will appear, all of which you must defeat. As a reward you will receive the “Rotten Winged Sword Insignia”, which significantly increases the power of attack series. Milicent will be lying on the ground after the fight. Talk to her and reload the area again via fast travel. Talk to her one last time and you’ll get the pure golden needle in return. In Gowry’s hut you will also get the “Flock’s Canvas Talisman” and “Gowry’s Sound Pearl”. 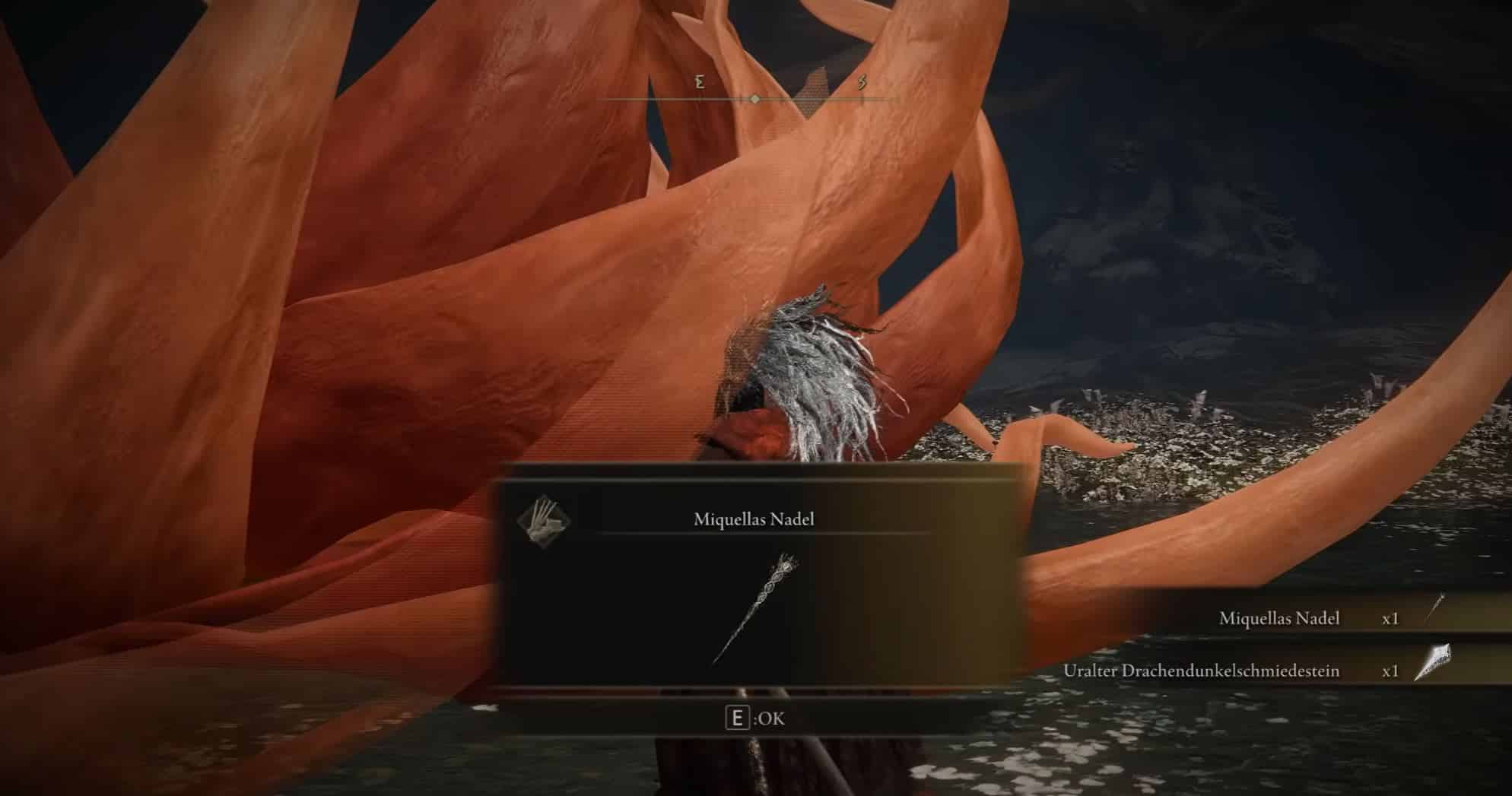