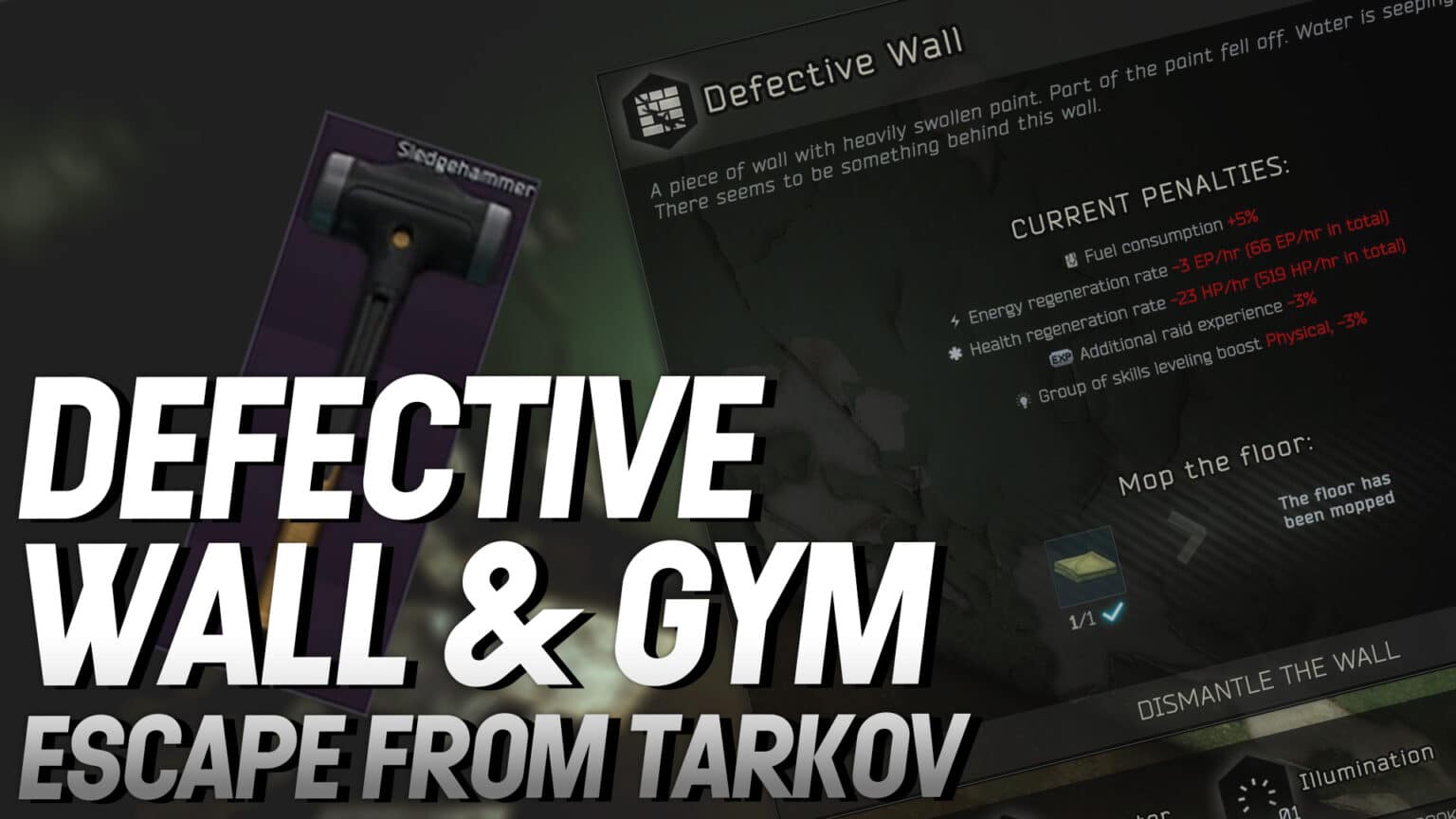 Here’s what it’s about: The Hideout in Escape from Tarkov can help you with many things. You’ll get access to various craftable items through the areas you can build and improve. You’ll also be able to build areas that will regenerate your life, stamina, and water faster. Later on, it is also possible to farm a lot of money through your Bitcoin farm or random items through the Scav Case. In the current Patch 0.13, a new area has crept in, the “Defective Wall.” If you want to know what this is all about, read on.

During the first two days of the wipe, most players didn’t directly notice the small inconspicuous spot on the wall in the Hideout. The first task was to mop up the water dripping through the wall. The first rumors quickly arose that the wall could be a path to the previously announced gym. Exactly this assumption has since turned out to be correct.

To gain access to the gym, you’ll have to collect several items and gradually turn the “Defective Wall” into a door to the new room. In total, there are six steps that you’ll have to fulfill one after another, from simply mopping up the water and tearing down the wall to building the actual door. Once you access the next room, you can build the gym in the last and sixth steps.

The gym requires a lot of preparation. As mentioned above, it would be best to get through the “Defective Wall” first. For this, you need a lot of time and a lot of items, including the new sledgehammer, which you can’t buy at the Flea Market.

How to find the Items you need for the Defective Wall

All the items you require for the Defective Wall in the Escape from Tarkov Hideout are listed above. These are items that are mainly found in toolboxes or dilapidated areas. However, you can also find some items in jackets, duffle bags, or filing cabinets. So that you don’t have to search for so long, we have listed information about each item for you.

Have you been able to tear down the Defective Wall yet, or will you only take care of the expansion of your Hideout after you have completed some tasks? Write us about it in the comments!
If this guide helped you, please share it with your squad or community. Thanks!

Would you like to join our community and discuss Escape from Tarkov? Then join our Discord server. We look forward to seeing you!