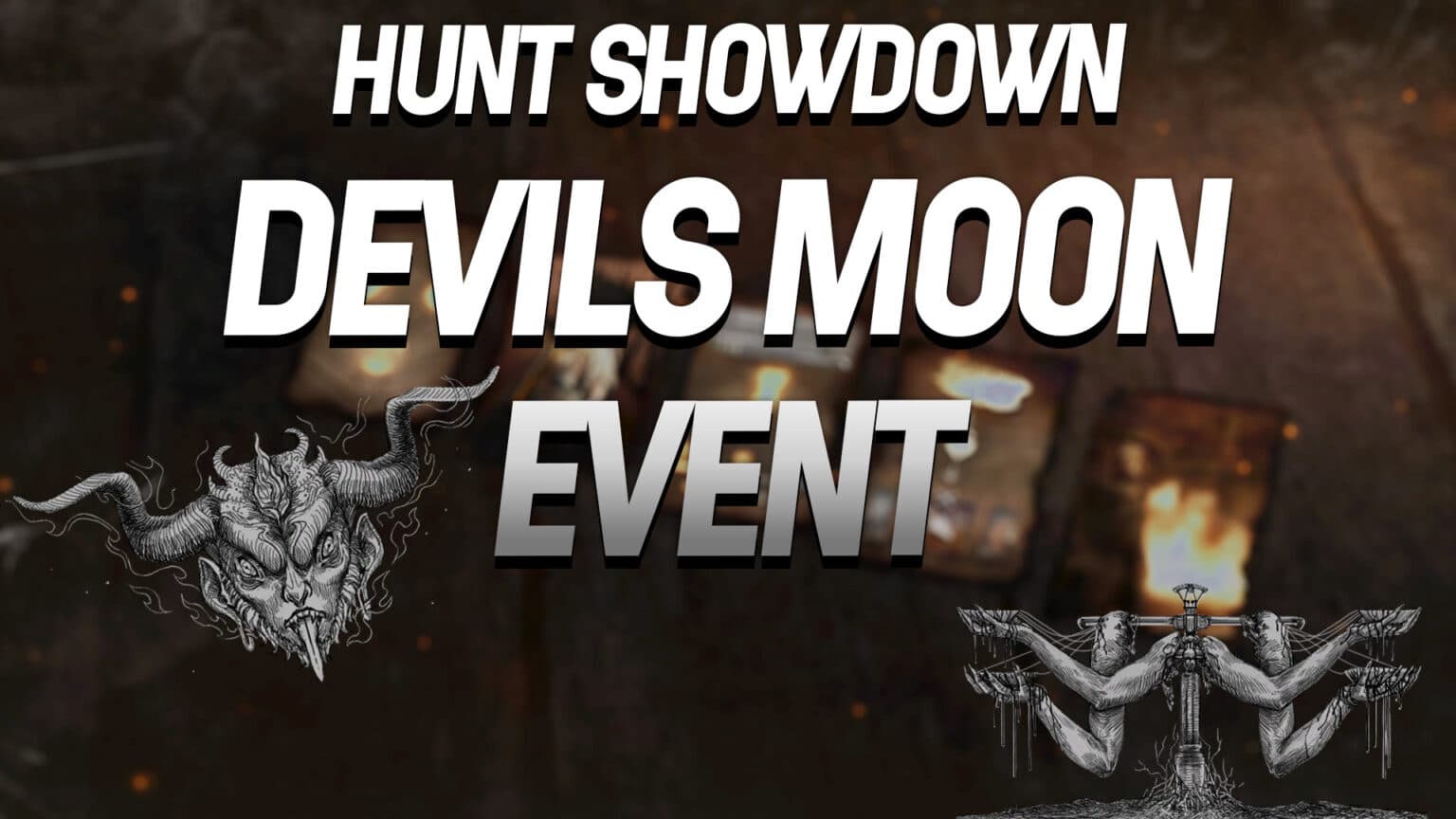 The Wild West Extraction Shooter Hunt Showdown is now known for its regular events. Hardly more than two months go by without a new event. Crytek recently teased the next event called “Devils Moon” with a new video.

Here’s what it’s all about: A new video was published on Friday on the official Hunt Showdown YouTube channel. Several hunters are heading for the middle of an intersection where something still unknown seems to be lurking. In the description, they write, “We figured it out, figured out how to kill him”. We will explain what this is all about in the following article.

Devils Moon Event brings a lot of new things, but no Boss

From the teaser video, you would not have been able to tell directly that this was a teaser for an event. First, there were a lot of comments on Twitter and under the video about whether it could be a new boss. The sentence in the video description could have been a good fit for this theory. However, the developers of Hunt Showdown quickly invalidated this with a comment, which is a pity.

Fortunately, some sources and leaks have already shared some of the event’s content. This allows us to give you a high-level overview of the features of the upcoming Devils Moon event in Hunt Showdown.

What we know about Hunt Showdown’s Devils Moon Event

A new feature is the clan system, with three clans whose favor you can acquire. To do this, you must go to a supply point in one round and interact with a pledge box. Some legendary hunters are already committed to a clan that suits them.

This is how you collect event points: Slaying bosses and players and looting the soul traps. You receive souls for event progress. There are also new Marks from which you receive a Mark for every 50 collected event points (i.e. souls). You get a Mark for the first player you kill and each boss you kill. However, you can collect a maximum of 4 Marks per round. But what do you need the Marks for?

The following three properties are adjusted for the Event

Of course, there are a ton of Legendary Skins, Battle Pass rewards, Legendary Hunters, and more coming with the upcoming Devils Moon event in Hunt Showdown. What do you think of the new clan system, and are you looking forward to the upcoming event? Do let us know in the comments!