Lost Ark is full of complex systems and features that the game itself sometimes explains more poorly than it should. In our opinion, the guilds are definitely one of them. Because this community element plays an important role in the A-RPG, we have summarized how guilds actually work in Lost Ark in a detailed guide.

Similar to the fortress or crafting potions, Lost Ark’s guild feature offers a whole rat’s tail of possibilities for time-sinks. If you want, you can spend a lot of time on guild tasks and Guild Wars alone. To help you understand how Lost Ark’s guild system works from the start, we’ll now explain all the components from the beginning.

Lost Ark: What are guilds? Everything you need to know

Guilds in Lost Ark basically work according to the same principle as in other MMORPGs: You create such a community yourself or join an already existing guild to make the world of Arkesia unsafe together with other players. Unlike in World of Warcraft, for example, guild life is not limited to joint dungeon visits.

Your guild can take part in exclusive content that would otherwise be closed to you, such as Guild Wars. There are also special quests for guilds, a special guild store, and even special guild skills. You level up your guild together with your fellow players like a character, unlocking new rewards. If you want to play Lost Ark seriously, you won’t be able to avoid a guild.

But how can you actually join a guild? It’s basically very simple: Just click on the Community tab at the bottom right of the screen and open the “Guilds” menu. There are now three menus where you can either join a guild or create one yourself (more on that in a moment).

If you want to join a guild, send a join request to the guild of your choice. Some guilds also allow you to join directly or are password protected. Depending on the type of guild you choose, you will become a new member immediately or after your request is accepted.

What do you have to keep in mind? You are considered a new guild member for the first three days after joining. This status has the following effects:

How to start a guild in Lost Ark?

If you decide to create a guild yourself instead of joining an existing guild, Lost Ark makes that quite easy for you as well. Once you have played through the tutorial and reached the town of Prideholme, you can start a guild.

It’s best to first complete the quest that will give you your first horse and accept the rewards of the Welcome Challenge to get 2,000 silver. This is exactly the amount you need to create a guild.

Now, simply open the guild menu (via the community tab or Alt + U) and click on “Create guild”. After that, you just need to choose a name for your guild and a short description. Then click the “Create Guild” button and your new guild is ready to go.

How do I manage my guild?

Once you have created your guild, it’s time to get down to business. Now you can, for example, change the guild flag in the guild menu or set the current guild task. You can also define the conditions for joining your guild (request, password, anyone can join).

In the “Guild members” tab, you can see at a glance how many members your guild already has and who is currently online. Information about class and item level is also available there.

By right-clicking on the name of a guild member, you can promote or kick the respective player from the guild. For a promotion to take effect, the character in question must have been a member of your guild for at least three days.

Level up the guild: Once you have created a guild and added the first members, you will eventually realize that there is a limit to the number of players that can join the guild. Initially, a guild can accept a maximum of 30 players. To increase this limit, you will need to level up your guild along with your guild members.

You get experience points for the guild when you and your fellow guild members complete the weekly guild tasks (more on this later). For each level-up, a guild gets two additional member slots, plus various other rewards and upgrades:

What are the weekly quests for guilds in Lost Ark?

Each week, the guild master can set a weekly guild quest that all guild members can accept and complete for themselves. To select a guild quest, choose a quest from the appropriate list in the guild menu and click the Accept button.

If you want to complete a guild quest, you must accept the respective weekly task set by the guild master in the quest menu of Una’s Tasks. The weekly task is listed there in the “Guild Request” tab.

By the way, in the beginning, you would do well to set the simplest guild tasks possible, such as cutting wood. This is easy for any guild member to complete and earns much-needed experience points for guild advancement.

Each guild member who completes the task contributes a portion of the required points, which are displayed next to the task in the guild menu. Once your guild has reached the required score for the quest, you will have to wait until the weekly reset to receive the reward.

By the way, the guild master can initially set only one weekly guild task. However, leveling up later unlocks the ability to assign multiple tasks at once.

How does guild research work, and what are the benefits of Bloodstones?

Guilds in Lost Ark have another feature besides guild tasks and group management: guild research. Guild masters can research new improvements for the guild in the corresponding tab of the guild menu, including a special guild store.

However, a guild can also get Bloodstones in other ways:

By default, the game distributes half of the currency to the guild and half to its members, but especially in the beginning, it’s best to let 100% of the Bloodstones go to the guild. This way, you will have the opportunity to quickly initiate important research projects.

How do I leave my guild?

Don’t worry, we all know the problem: At some point, you might not feel like playing in your own guild anymore, you might have fallen out with individual members or the guild leader, or you might just need a change of scenery. Because this can also happen in Lost Ark, there is an easy way to leave your guild.

If you want to leave your guild, you can do this either via the guild menu or via chat command. Click on the “Manage” tab in the guild menu and then on the corresponding button in the bottom right corner. Alternatively, you can enter the command “/guildleave” in the chat. In both cases, a warning will appear, which you must confirm in order to perform the guild exit.

But be careful: If you are the guild master yourself, you cannot leave your guild – unless you transfer the guild leadership to another player beforehand (right-click on the name to choose promotion). Alternatively, you have the option to dissolve the guild completely via the administration menu. 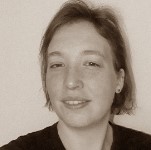