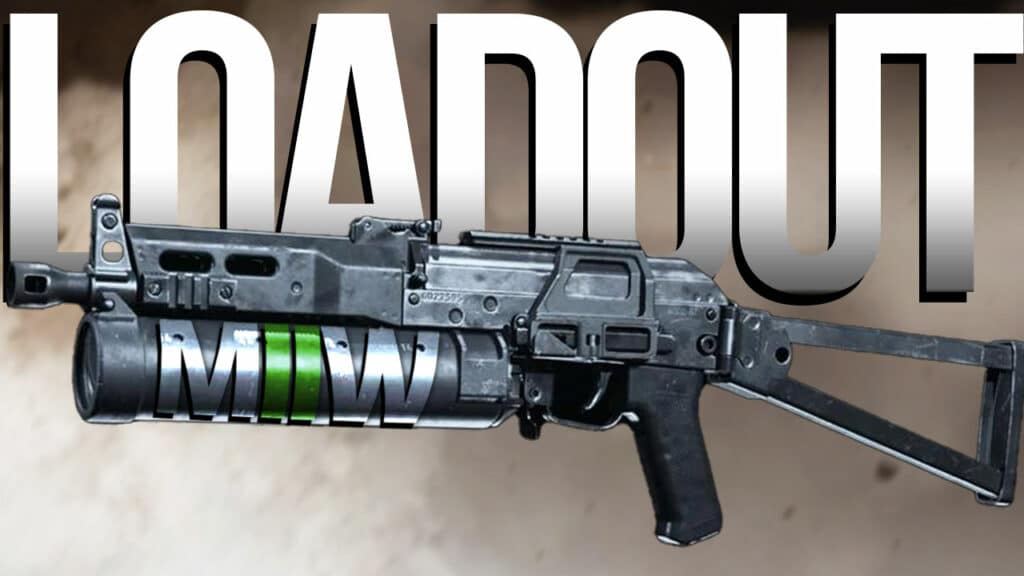 In Call of Duty: Modern Warfare 2, the Minibak is the most powerful SMG in the current MW2 meta, and we’ve put together the best loadout for you to maximize your skill with it. In this weapon loadout guide, we’ll also show you which Perks, Sidearm & Gadgtes you should pick up for the Minibak.

What kind of weapon is it? The Minibak is a submachine gun based on the Russian PP-19 from the real world. In our country, the PP-19 is mostly appreciated by special forces due to its form factor, ammunition capacity and low noise level. We take advantage of exactly these features in our Minibak Loadout for Modern Warfare 2 multiplayer and build the ultimate stealth’n’spray class!

The Best Loadout, Perks & Attachmetns for the Minibak in Modern Warfare 2

Contrary to the current meta of Modern Warfare 2, which revolves almost exclusively around ADS velocity, we’re moving away from that here. The reason is that you often fire from the hip with the Minibak and you can play it at longer distances with the Bak-9 279mm barrel. The True-Tac grip balances the weapon in terms of mobility and improved ADS speed. The Stovl Dr laser box also adds precision when firing from the hip.

Last but not least, with the Otrezat stock you have once again improved mobility through increased movement speed. All attachments together provide a great Modern Warfare 2 loadout of the Minibak for short and medium distances up to 35 meters.

Perks & Equipment for the Minibak Loadout in MW2

Modern Warfare 2 has countless perks and mal perk packs that you can choose from to get started quickly. However, for this class/loadout we recommend creating your own package. If you haven’t unlocked the necessary perks yet, go for the “Phantom” perk pack. Otherwise…

Choose these perks for the best Minibak Loadout in Modern Warfare 2:

With the Base Perks Scavenger and Tracker, you make sure you get enough enemies and ammo right at the start of the round. While the Minibak has a large magazine, the pool of spare ammo is not particularly large. That’s why you chase enemies and spray a little lead in their faces.

With the bonus perk Fast Hands, you can also switch to your secondary weapon or reload much faster. As an ultimate perk, you then choose Ghost, so that you remain invisible to the radar as well and can go undetected behind enemy lines.

Which field upgrade, Tactical and Explosive Grenade should you choose?

To make your Minibak loadout for MW2 even better, you should take Deadly Silence as a Field Upgrade. If you use Deadly Silence, your steps will go silent for a short period of time. Coupled with the Ghost perk and the Silencer on your Minibak, you become Silent Death.

As a grenade, you then choose the Drill Charge, as this allows you to finish off enemies before you actually step through the wall, or at least flush them out. With the Syringe or Stim, you can quickly retreat and heal after a sneaky attack.

The Best Secondary Weapon for the Minibak in MW2

Secondary weapons are not as relevant in Modern Warfare 2 multiplayer as they are in Warzone or DMZ, but they can save your butt in dangerous situations. If your shotgun is empty or the reload time of your sniper is too long, you’ll be glad to have a good secondary weapon for your Minibak:

What secondary weapons should you choose? With this loadout, it doesn’t really matter which weapon you choose. In our case, we chose the P890, which has the following attachments:

How do you unlock the Minibak in Modern Warfare 2?

In order for you to even use your Minibak loadout in Modern Warfare 2, you’ll need to fire your way through the entire Kastov family of weapons. You start with the Kastov 762, which you unlock at player level 23. You then have to play this weapon in turn until weapon level 10 to get the next weapon: Alright, this is super confusing, so here in a nutshell: