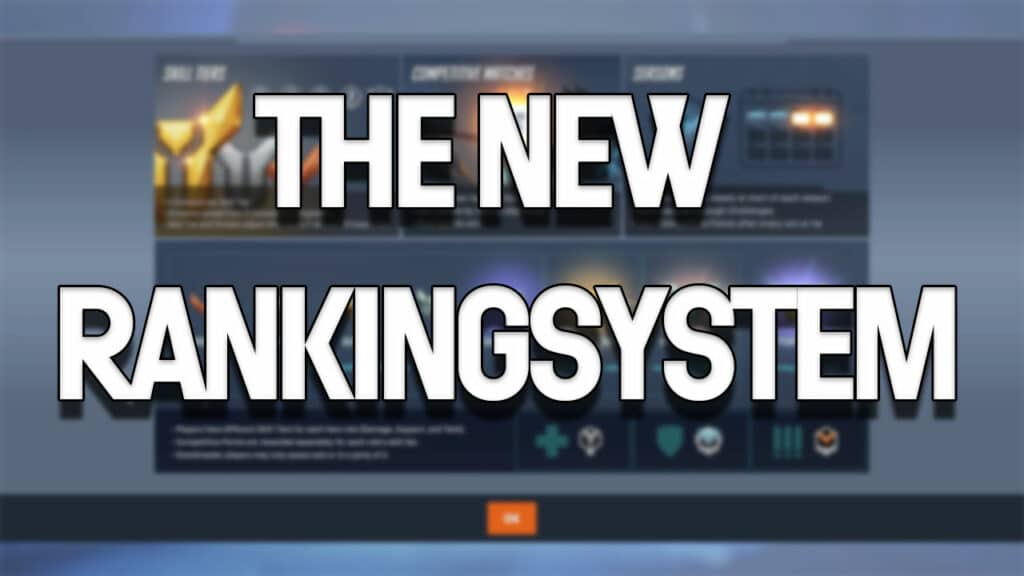 On October 4th, Overwatch 2 was released with many new additions compared to its predecessor. The ranking system of the competitive play got also updated with some new features. Below, you will find an overview and further explanations about these and how it works.

In a blog post, Blizzard announced that they have long-term plans for competitive play that will improve the player experience even more. In addition, the new features should be fun for new and returning players, and losing shouldn’t just be an only negative experience.

You have to fight for your rank in the competitive play, which will change regularly after seven wins or 20 losses. That means the first rank you will be, is decided after a few matches. Especially in the beginning, you should expect to start in lower-tier divisions and only climb up if you progress.

Info: Your new ranking is based on whether you have 7 wins or 20 losses first. This means: You can also have 19 defeats, but when you win the 7th time before losing the 20th time, you will still be upgraded.

If you have already played the competitive play in the first Overwatch part, your tier will be adjusted accordingly, but your new rank will be slightly lower than before. However, as a returning player, you can get to your previous rank faster.

All Current Competitive Ranks in Order in Overwatch 2

The tiers in the first Overwatch, Bronze to Grand Master, remain in Overwatch 2. In addition, however, there are divisions now that divide the tiers into five levels, with division 5 being the lowest level and division 1 being the highest.

There will be new, limited-ranking titles for name cards, which you can earn as you advance. However, commemorative sprays and icons that you earn each season, as well as the top 500 sprays and icons, will be removed. The reward currency will still be the competitive points, which you can use to unlock golden weapons for your heroes. In the following list, you find what you need to rank up in Overwatch 2:

All Comp Ranks & their required Points in Overwatch 2

To reach the lowest level of each rank, you need these amounts of competitive points:

All Title Rewards for played matches

You can also earn title rewards while playing, for which you have to have played a certain number of matches. You can then display these title rewards for everyone to see: How can you unlock Ranked mode in Overwatch 2 and climb the Ranking System – explained?

With a new account, you have to complete the First-Time User Experience and play 50 Quick Play matches successfully before you can start the competitive play. This is to ensure that new players will gain experience and learn about the gameplay before they start competing for tiers. Also, this should be less triggering for players who already have experience, as they won’t have newbies that don’t understand the game on their team.

The Top 500 leaderboard in Overwatch 2 More New Stuff coming to the Ranking System in Overwatch 2

The scoreboard within the competitive matches was also updated. The other players’ tier rank and medals won’t be shown before the match to prevent players from getting demotivated immediately. In addition, tiers and divisions are not in the foreground regarding the matchmaking of teams, so you can now show name cards and titles. 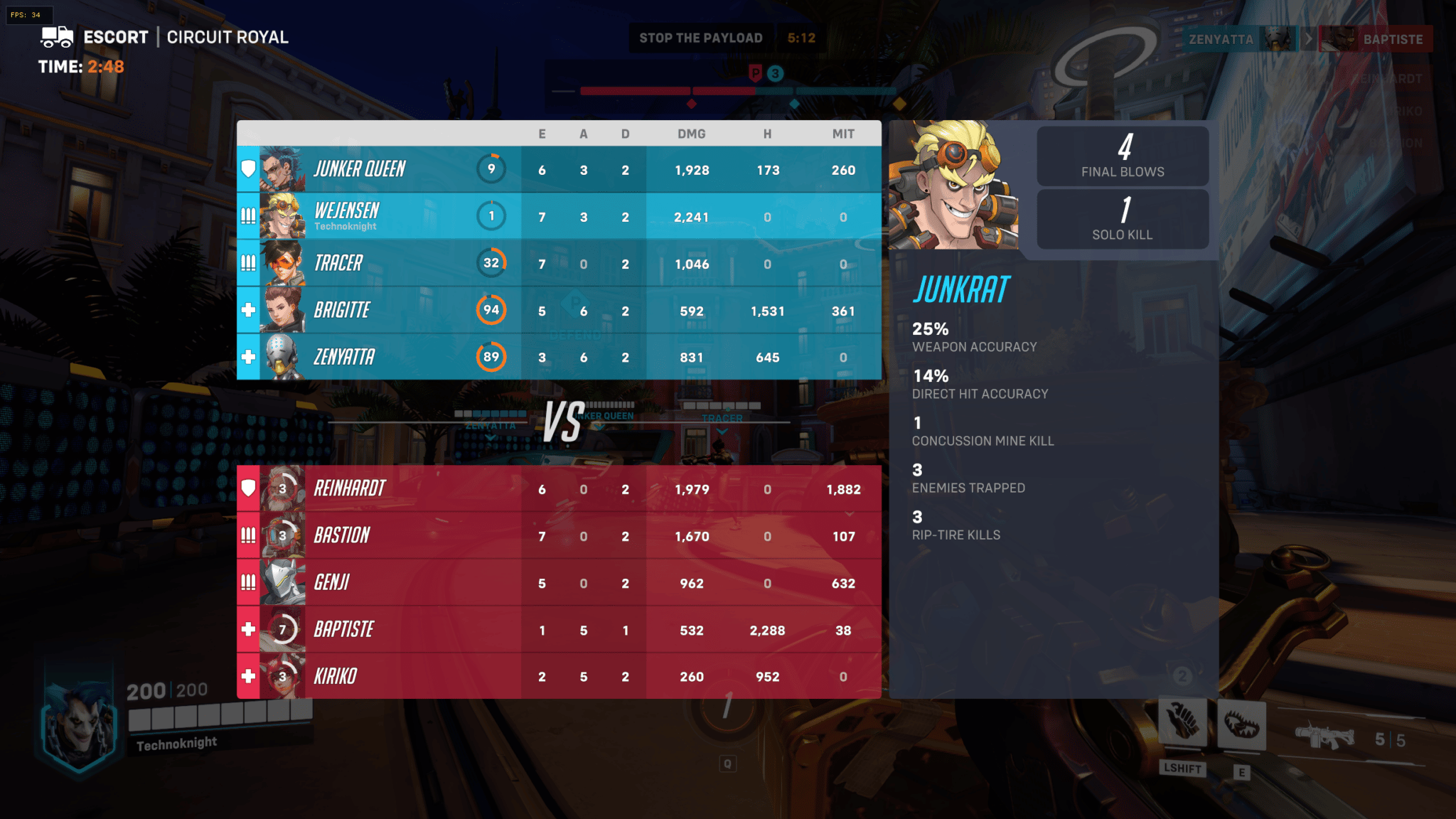 In your Career Profile, you will find a new Report section where you will get a detailed summary of all the games you have played in Overwatch during your current session. 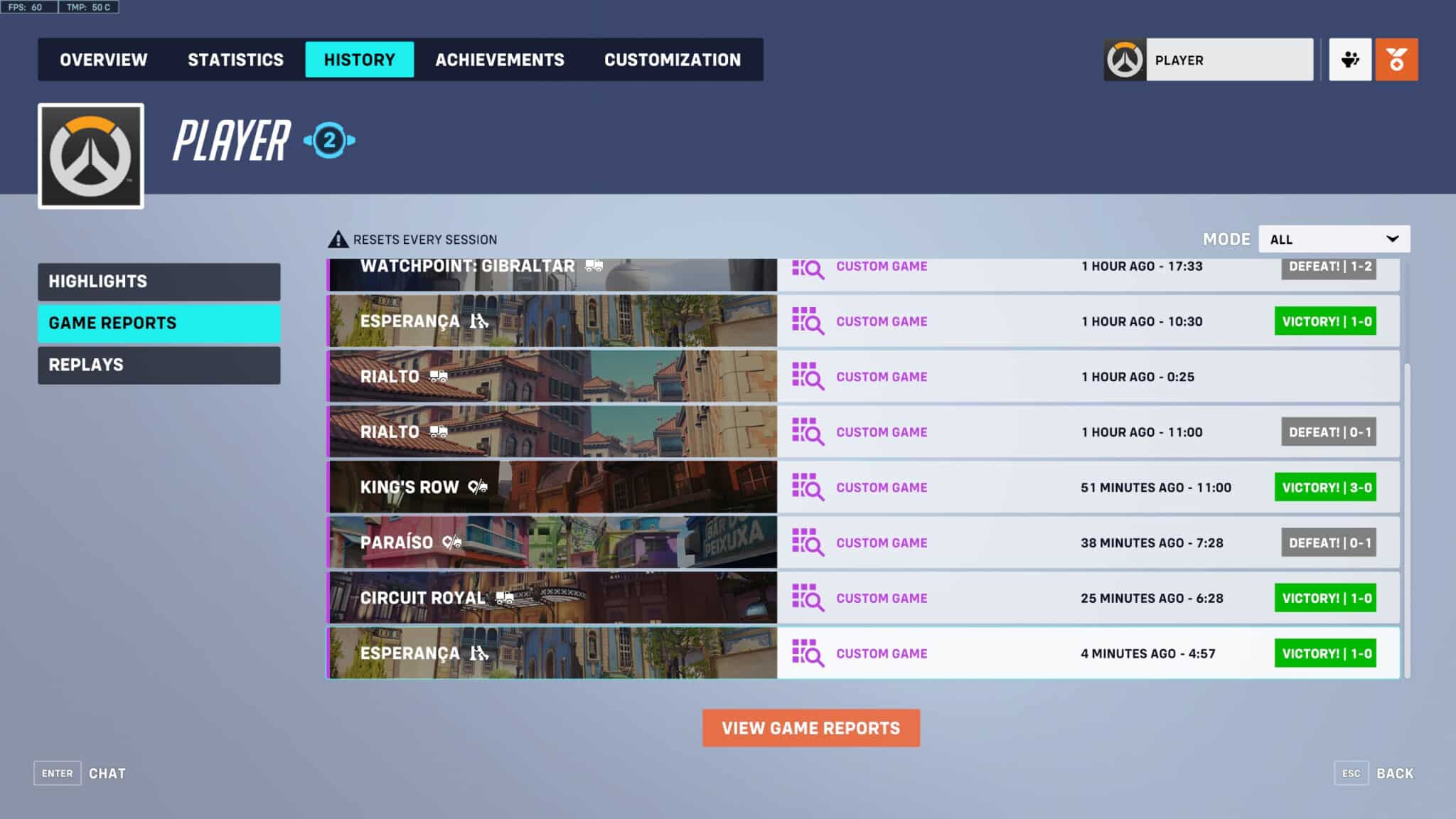 If you select a game, you’ll get an overview of how you played, which heroes you used, and further information. 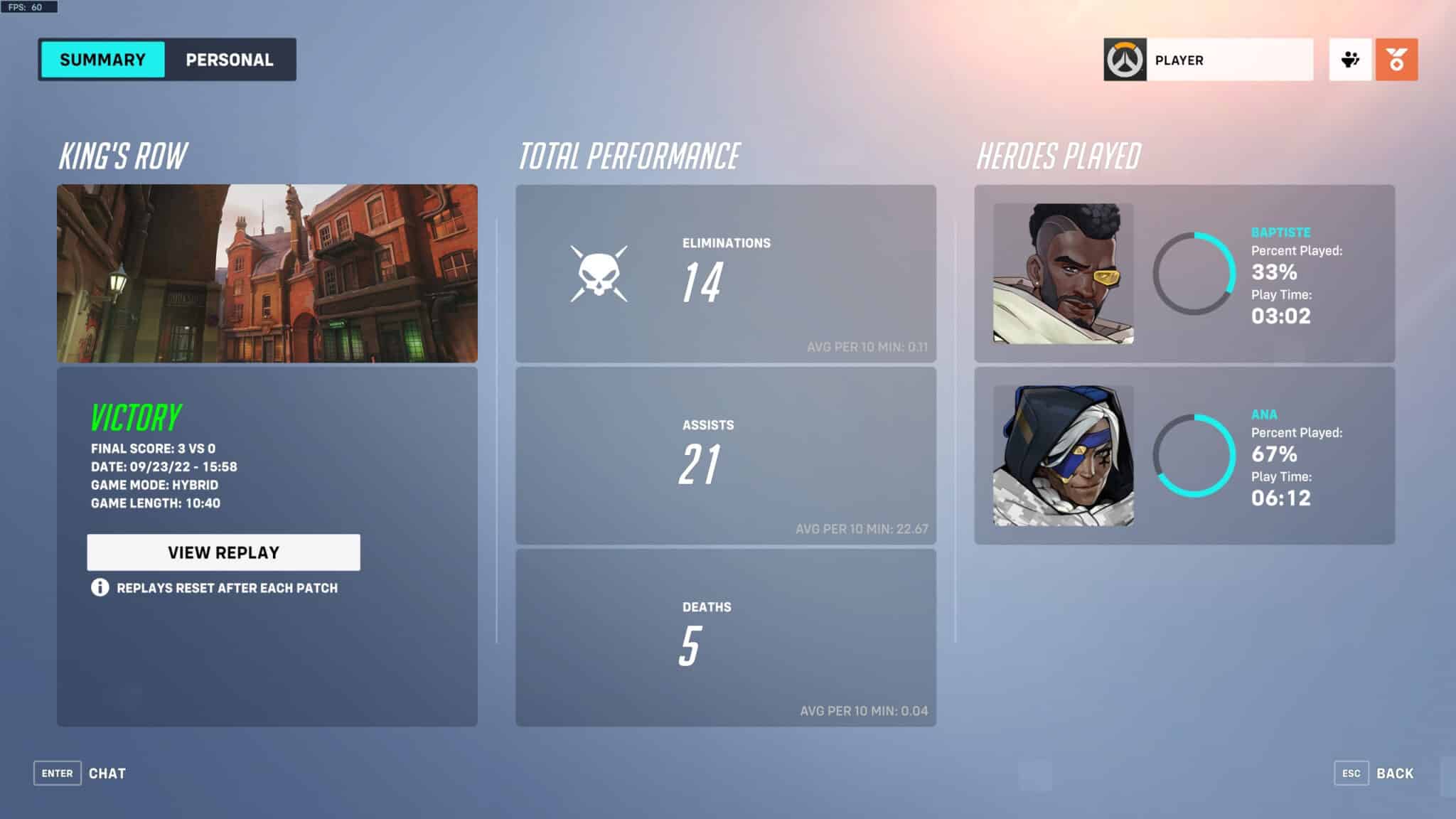 If you select a hero you played within the game, you will be shown specific information and statistics, as well as a detailed report about your performance while playing with that specific hero. 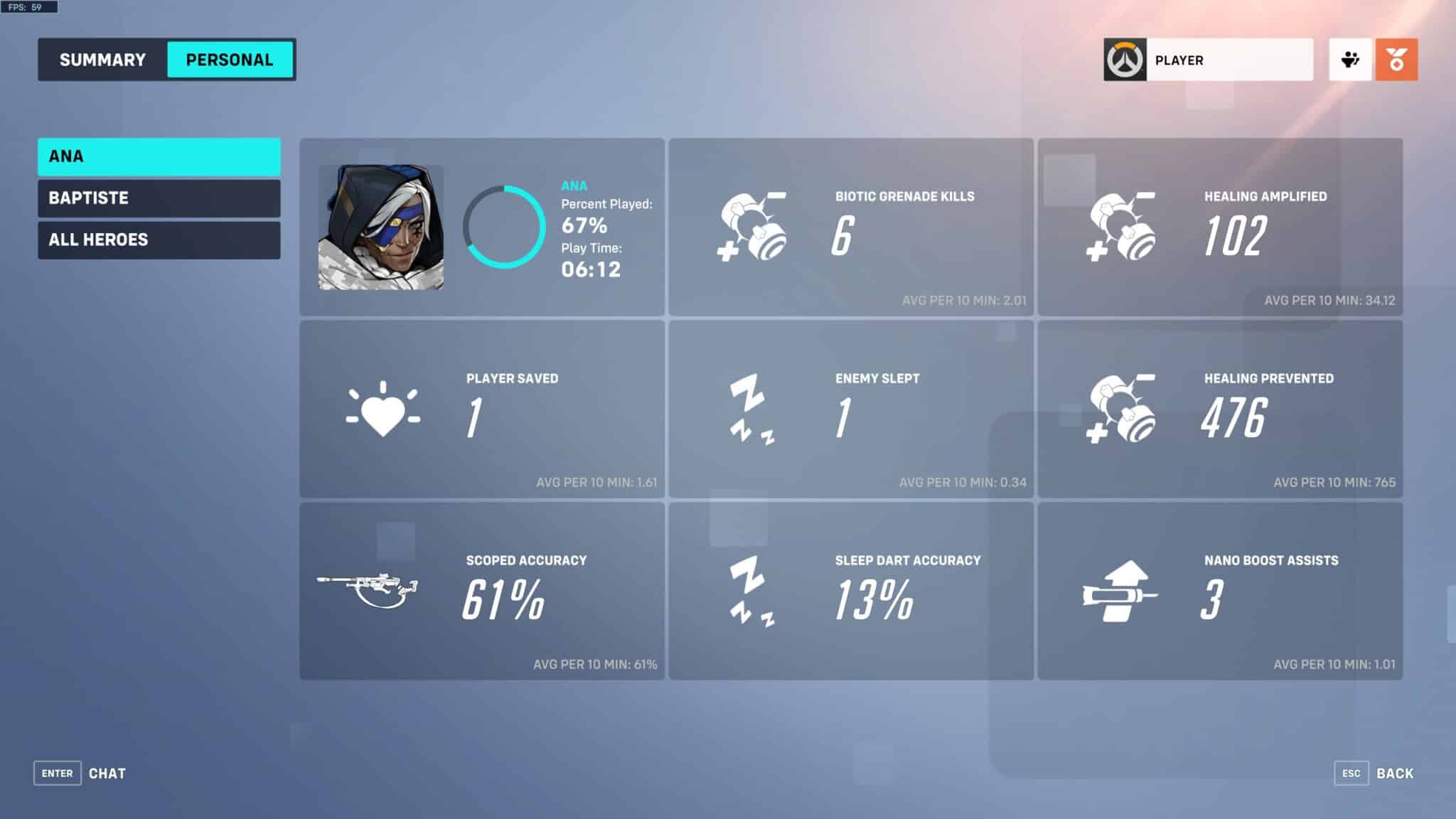 In the blog post, Blizzard announced that the ability to save recently played matches across sessions would be included in a future update. This means that after you have already logged out once, you will be able to see all of your statistics whenever you play again.