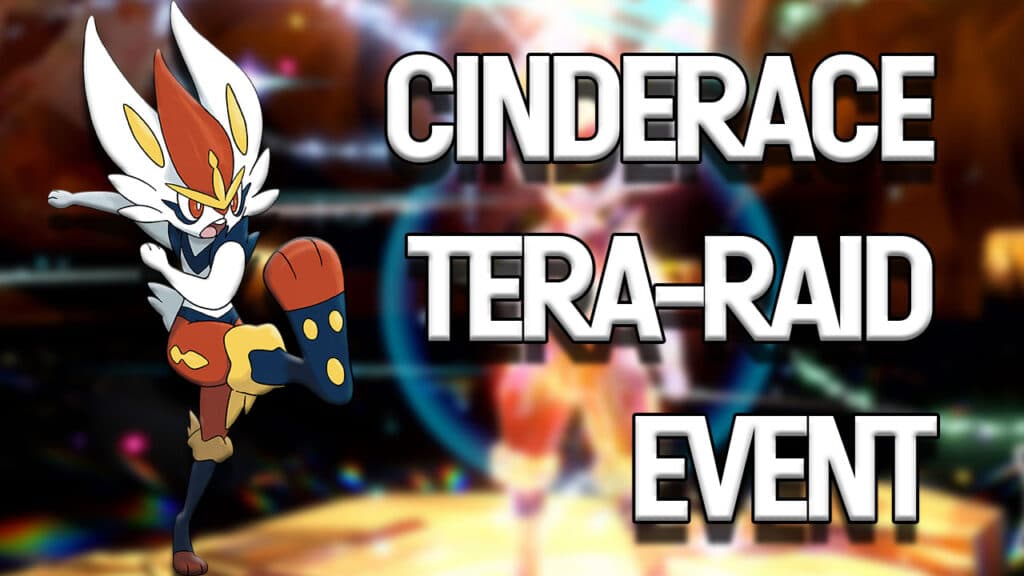 Pokémon Scarlet and Violet: All About the Cinderace Tera Raid Event in January

The second Tera Raid event in January in Pokémon Scarlet and Violet with Cinderace is just around the corner. We will tell you when it starts, what you need to do to participate, and what the most effective Pokémon types are against Tera Cinderace.

About Cinderace: Cinderace is the third evolution of Scorbunny, the 8th generation fire starter Pokémon. You know the evolutions of Scorbunny, Raboot, and Liberlo, mainly from Pokémon Sword and Shield.

Tera Raids: Tera Raids in Pokémon Scarlet and Violet are similar to the challenging Dyna Raids in Sword and Shield. Alone or with other players, you’ll face off against a powerful pocket monster, coordinate with your team, and ultimately catch the Pokémon yourself. Start of the Cinderace Tera Raid Event, and How to Participate

The Cinderace Tera Raid event is a 7-star raid and will take place in January over three days:

You have to meet these requirements to participate in the 7-Star Raid event:

How to get your own Scorbunny, Raboot, and Cinderace in Pokémon Scarlet and Violet

During the event, Cinderace can be caught after a victory. If you have a female Cinderace, you can have it mated to get a Scorbunny egg. There is currently no other way to get Scorbunny, Raboot, and Cinderace in Pokémon Scarlet and Violet. So don’t miss this chance! How to Defeat Cinderace in the Tera Raid Event

In order to successfully fight Cinderace in its Tera Raid event, it is important to know what Cinderace’s weaknesses are. In the event raid, Cinderace belongs to the Tera type Fighting, so it has a weakness against the following Pokémon types:

Note, however, that Cinderace in its normal form is a Fire Pokémon, so it has an easy time against Bug, Grass, Steel, and Ice. It is best to find a Ghost Pokémon against which the fighting attacks are ineffective.